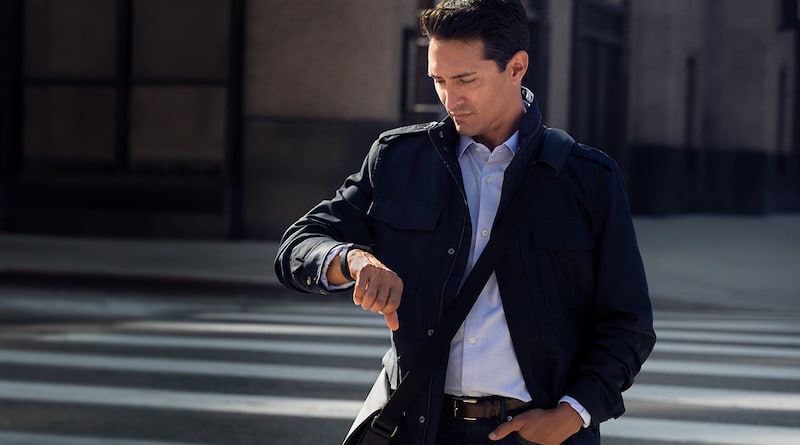 Fitbit is rolling out a firmware update which brings a few advertised but yet-to-be seen features, despite the device being on sale for over a month now. This includes quick replies, the ability to accept and reject calls and Fitbit Pay.

Perhaps the most anticipated of the lot is the Quick Replies feature for Android users. Just like on Ionic and Versa, this enables users to send one of five pre-populated quick replies to text messages and apps such as Twitter, Facebook Messenger, WeChat and Line. Users will also be able to add their own replies, as long as they are up to 60-characters long.

Quick Replies is currently available on devices paired to Android phones running Android 7.0 or later. Devices paired to an iPhone can only respond to Fitbit app notifications, such as messages, cheers, taunts, and friend requests.

Firmware update (1.44.33) also brings the ability to accept/reject phone calls right from your wrist. To accept a call that is coming through, simply tap the check mark on the Charge 3 screen. To reject a call or send the caller to voicemail, tap the X icon.

Finally, if you’ve purchased the Special Edition Fitbit Charge 3 you’ll now be able to its NFC chip for payments on-the-go. Fitbit Pay is currently supported by more than 100 banks in 18 countries. Everything is managed from the Wallet section of the Fitbit app. This is where you can add/remove payment cards, set a default card, edit payment methods and review recent purchases.

Its good news that Fitbit is rolling out these features. What’s still missing are the dynamic health insights in the Fitbit app, along with the public version of Sleep Score.

The latter provides you with deep insights on your kip time and lets you know how your sleep patterns are contributing to your overall health. This also utilizes the relative SpO2 sensor to dish out a nightly score ranging from 0 to 100 so you’ll know at a glance how well you slept. Further down the line, the SpO2 sensor could be used to identify medical conditions such as sleep apnea.

The 1.33.33 update is currently available to all users setting up Charge 3 for the first time. Others can expect to have it soon. To check what version you’re on open the smartphone app, tap on Charge 3, tap on Settings and scroll down to About.