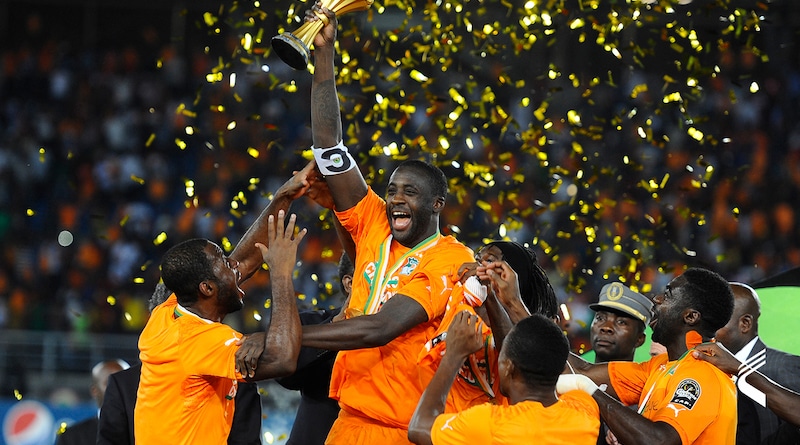 Catapult Sports have announced a new deal with Confideration Africaine de Football (CAF) to provide African Football players with performance enhancing technology. The new partnership will see the Federation and all 54 countries that fall within its jurisdiction supplied with Catapult devices throughout the season.

“We’re delighted with this opportunity to help with the development of world class athletes.” said Joe Powell, CEO of Catapult Sports.

We’re seeing more and more talent emerge from this region, and to be a part of this journey with CAF is a huge step for us. We know that player tracking and data acquisition are critical to every element of players’ health and performance, and we are proud to be supporting the African nations in their mission to be the best.”

PLAYERTEK measures over 1,000 data points per second during training and games. The pod attaches to a vest from where it monitors a player’s performance with the help of an accelerometer, magnetometer and GPS. The plethora of stats it churns out can be used to optimize player and team performance and reduce the risk of injury.

Stats are synced via Bluetooth to the accompanying smartphone app for detailed analysis. This is where coaches and players can access distance covered, speed, PlayerLoad, impacts, work ratio and heart rate in real-time, as well as heat maps that show how positioning changed during the game. The app also compares performance metrics to match outputs of Premier League players, so users can see how you stack-up against the game’s best.

Such technology is increasingly seen as a key factor in achieving performance objectives on the pitch. It’s not surprising that football teams in more than 80 countries already use Catapult devices to monitor player performance. This includes some 1,800 teams, including Ajax, Bayern Munich, Boca Juniors and Chelsea. This latest deal will see around 2,650 of PLAYERTEK units supplied to African football players.

Prior to the 2018 World Cup in Russia, Catapult Sports announced its tracking devices have received FIFA’s stamp of approval. This means they now bear the football association’s IMS mark to denote they can be used in official matches.

“The choice of partnership with Catapult is not fortuitous.” said Anthony Baffoe, CAF Deputy General Secretary.

“CAF wants to move safety issues forward at all levels, and the health of our players is one of them. Monitoring the performance of our players is important to ensure that African football reaches the global level it deserves.”