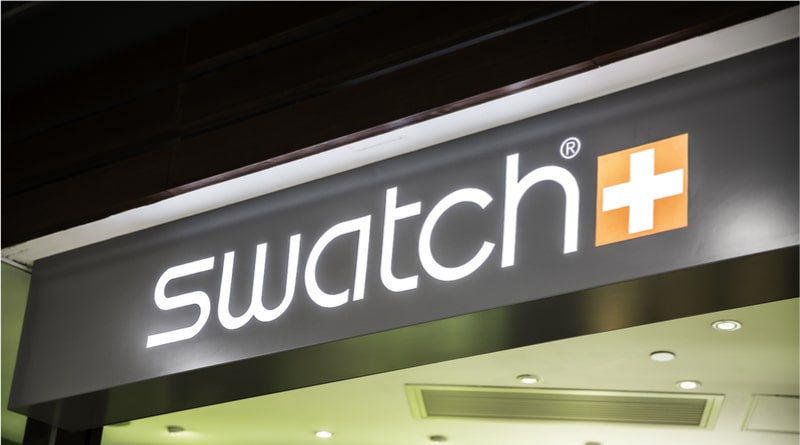 Swiss watchmaker Swatch sales have been hit with a double whammy – exposure to the slowing China market and increasing popularity of smartwatches.

The company posted worse than expected 2018 results. Sales increased by 5.7% to 8.48bn Swiss francs ($8.54bn) during the year, while profits totalled 767 million francs. Both were below analysts expectations of 8.65bn francs and 952 million francs respectively. Shares declined as much as 8.2% on the news, the steepest decline since July 2016.

Business was particularly slow in the all important holiday quarter amid a downturn in Asia and weak sales in France. It seems Chinese tourists were not shopping as much and the on-going “yellow-vest” protests in France are having a toll.

“(In Asia) a downturn in demand occurred in the last three months of the year, particularly in wholesale,” the watchmaker said in a statement on Thursday.

The Swiss watch industry has been facing challenging conditions in recent years. Increased competition from the likes of the Apple Watch has certainly not helped. This downturn has forced some watchmakers to shift focus towards more premium timepieces. Others have made tentative steps in the fast-growing wearables market via technology partnerships and investments.

Swatch is currently putting the finishing touches on its smartwatch operating system called Swiss OS. A Tissot-branded watch will be the first to ship with the software. We wouldn’t be at all surprised if the company follows up this up with a re-entry into the wearable space. Its last effort on this front was the Touch Zero One, a device released back in 2015 for beach volleyball players.

Earlier this month, the company announced that Mastercard cardholders in Switzerland can pay with a new mobile payment service called SwatchPAY. At a cash register, owners of NFC enabled Swatch models need to wave their watch against the card terminal. The timepiece will exchange the necessary information with the reader to make the payment.

All this and more gives the company optimism about its prospects going forward.

“The Swatch Group anticipates healthy growth in 2019, despite the strong comparison basis in the first half of 2018,” the group said in a statement, adding that it had seen “solid growth” this month.

“The leadership position of the Swatch Group in China will become a major opportunity for the Group in 2019, even if ongoing market turbulence remains disruptive.”