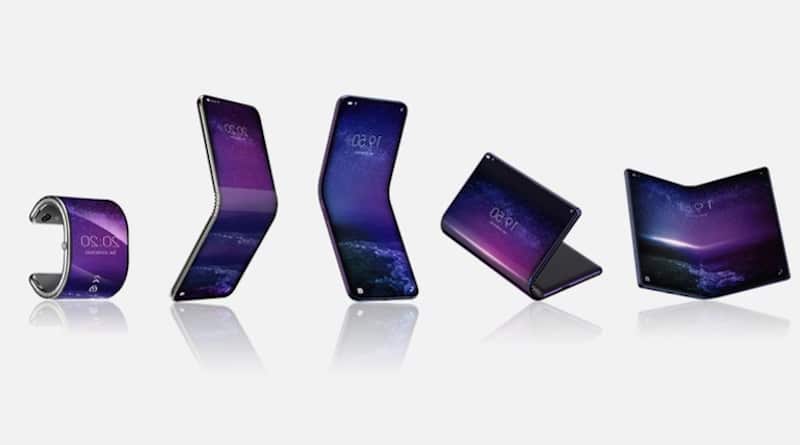 Further to our report the other day on Nubia’s efforts to bring bendable phone/watch to market, comes news of another company attempting to do the same. This device comes from BlackBerry and Alcatel brand owner TCL and it will be one of five products with foldable screens to come from the outfit in the near future.

According to CNET, the TCL phone will be able to morph around a user’s wrist, just like a bracelet. Other details are scarce apart from the renders above and an image from a patent filing showing how the device would look. Looking at these pics, it doesn’t seem the phone will able to bend a full 360 degrees.

Other foldable devices to come from the Chinese outfit include a part of tablets and a two more smartphones. All five are reportedly in development and not just an idea in someone’s head or a proposal on a piece of paper.

The concept for a smartphone that bends into a smartwatch is not new as shown in this video from 2016. It showcases the Lenovo Cplus prototype. The device is still in development, but the hope is it might see the light of day in the next year or so.

The Mobile World Congress in Barcelona begins next week at which Nubia’s foldable phone is expected to make an appearance. A source has told The Verge that TCL may have more to say on this topic in the next few days, as well.