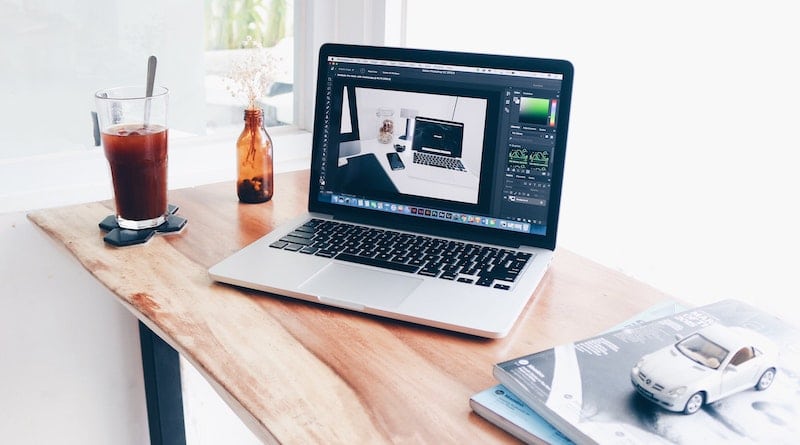 The company has been pushing forward with its health ambitions in recent years. And it’s no wonder as the market opportunity is enormous. Apple has been on a bit of a hiring spree since early 2018, taking on-board numerous physicians across disciplines in a bid to expand its presence in this space.

“We’ve gotten into healthcare more and more through the Watch and through other things that we’ve created with ResearchKit and CareKit and putting your medical records on the iPhone, this is a huge deal,” Cook commented a few months ago.

“Apple’s most-important contribution to mankind has been in health.”

In addition to Apple Health Record, the company’s smartwatch and other initiatives, we are expecting health tracking features to land on future iterations of the AirPods. In fact, it is rumoured that AirPods 2, which might land at the end of this month, will come with fitness tracking features baked in.

But what if similar health tracking functionality could be extended to your MacBook or iMac? Apple’s patent with the US Patent & Trademark Office comes with exactly this idea in mind. The patent application for a “portable electronic device having a biosensor” describes how Apple could implement health sensors within the casing of a physically large device such as a MacBook. 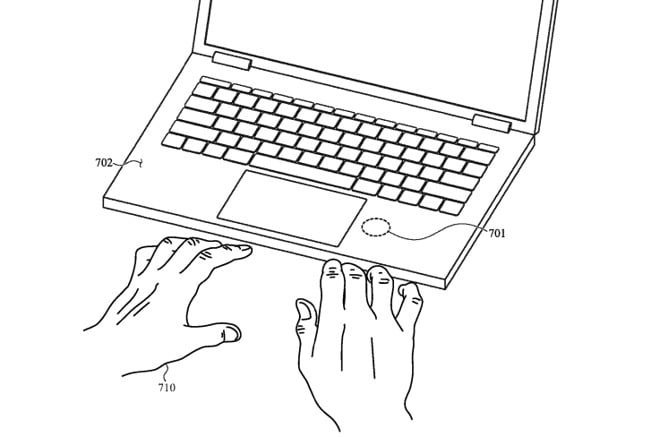 Placed near the trackpad, the sensors would be in close contact to a user’s wrist while typing. Green LED lights would shine out of tiny holes in the casing and onto the user’s skin. In theory, the light reflected back could be used to determine heart rate, respiration rate, blood oxygenation level, blood pressure and blood volume. Throw in an infrared LED light source, and the sensors might even be able to detect hydration.

Apple might even extend the same functionality to the iMac keyboard or mouse. Another alternative could be to use the built-in camera to track a users heart rate and other vitals stats.

But don’t get your hopes up just yet. Apple applies for numerous patents each year and only a handful of these make it into real-world consumer products. Seeing as similar features are already built into the Apple Watch, we don’t see a reason why the health tracking functionality could not be extended to other devices.