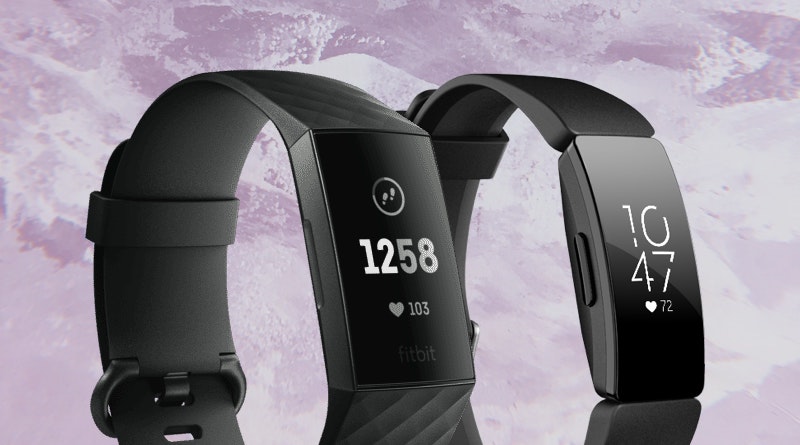 Fitbit is off to a good start in 2019 with four new devices announced so far this year. One of these is Fitbit Inspire HR. The fitness band replaces the Alta HR and older devices such as the Flex 2, Zip and One.

Inspire HR first appeared in January alongside the lower spec Inspire, but until March it was available exclusively to Fitbit’s corporate, wellness, health plan, and health systems partners and customers of their organisations. Now that it’s available to all, it’s interesting to see how it stacks up against the San Francisco’s most popular fitness band, Charge 3.

If you’re on the fence on which of the two you should choose, here’s how they differ.

Fitbit Charge 3 doesn’t stray from the stylish and sporty look the San Francisco manufacturer has become so well known for. You can still recognise it’s a Fitbit wearable, albeit a more modern looking one than its predecessor.

The tracker is built of very lightweight material including an aerospace grade aluminum case and Corning Gorilla Glass 3 display. The housing and buckle are made of anodized aluminum. In terms of dimensions, Charge 3 measures 18.3mm in width, 11.8 mm in depth and weighs a mere 29 grams.

Inspire HR features a similar but more discreet look. Weighing only 20 grams its slightly lighter than Charge 3 and at 16.2mm narrower. To keep the weight down, Inspire HR opts for a plastic housing. The thing measures 12.6mm in depth making it a fraction thicker than Charge 3.

Both trackers come with a grayscale, OLED, touch-responsive screen that is off by default and springs to life when you flick your wrist or tap on the wearable. Of the two, Charge 3 is slightly easier to read as it’s a bit larger.

The trackers come with a single button on the left for returning to main menu and quick access to settings. The Charge 3 has an inductive button which is hardly noticeable, Inspire HR a physical button.

Both trackers feature rubberised bands which are fastened with a buckle. You can easily change wristbands to make sure they fit any look and style.

A clip-on accessory is also available for Inspire HR, so the tracker can be detached from the strap and attached on to clothes. This is to cater for those who would previously have opted for Zip. It’s worth noting, it won’t track your heart rate from that position.

When it comes to aesthetics, there is little to distinguish the two fitness bands. Perhaps the biggest difference is the size making Charge 3 a little more obvious when worn. It’s also built of slightly more premium materials. If you’re after an ultra-slim form factor, Inspire HR is the way to go.

Under the hood, there are a couple of differences to be aware of.

The duo shares an optical heart rate monitor, 3-axis accelerometer and vibration motor. But in addition to this, Charge 3 also comes with an altimeter for measuring floors and an SpO2 sensor. The last of these has the potential to measure your blood oxygen and Fitbit is planning to put it to use soon, primarily in monitoring the quality of your nightly rest. At the time of writing, the functionality is yet to be enabled.

Battery life is important and is always a compromise between size, screen resolution and more. You certainly do not want to be charging your fitness band every night.

Charge 3 is slightly better on this count. It has enough juice to keep going for up to a week between charges. Inspire HR has a battery life of up to 5 days.

The wearables are also water-friendly. Both come with a fantastic 5 ATM water-resistance rating, which means you can submerge them down to 50 metres in depth. They’ll automatically track swimming sessions, too, but only with basic detail.

An average person will find pretty much everything they need for tracking their fitness 24/7 on either of these two devices. This includes all-day heart rate monitoring, steps, distance, active minutes, calories burned and advanced sleep tracking. There is also automatic activity recognition, Connected GPS, Guided Breathing, Multi-Sport mode, move reminders and some more advanced performance metrics such as VO2 Max.

As mentioned, Inspire HR doesn’t have an altimeter. An altimeter senses changes in altitude using atmospheric pressure. On Charge 3, the total flights of stairs you have been climbing will be summed up and computed as a factor in your calorie count. This makes your calorie output more accurate.

The other difference is the inclusion of the blood oxygen sensor on Charge 3. But Fitbit is not utilising this at the moment, so it doesn’t and won’t really do anything until the functionality is enabled.

The other important difference worth mentioning is the screen size. The fact that Charge 3 is larger makes it easier to read, especially if you’re on the go. This is particularly the case if you’re running and want to glance quickly down at your stats.

Even though these are fitness bands, they come with some functions you’ll find on smartwatches. Both models offer silent alarms and basic notifications to keep you connected on the go. You will need to use your phone, though, to read the messages in full.

Charge 3 goes a step further in that it has the ability to reply to messages (for Android users) and the option to accept or reject calls. It also comes in a more expensive Special Edition version that has an NFC chip for contactless payments.

You won’t go wrong with either of these two devices. Both offer most things an average person needs for tracking their fitness.

If you’re after a slimmer, more discreet look Inspire HR is the obvious choice. But keep in mind that you will not get tracking of floors climbed, the SpO2 sensor and the battery life is only 5 days versus the 7 days you get on Charge 3. It’s also built of slightly less premium materials which contributes to the price difference in its favour. Everything else is pretty much the same.

If you don’t mind shelling out an extra $50 or so (you can check the price difference on Amazon below), Charge 3 also offers a larger display which means more on-screen data. So the decision is down to which design you prefer, and whether the handful of extra features on Charge 3 are worth the higher price.

6 thoughts on “Fitbit Inspire HR vs Charge 3: which is best?”