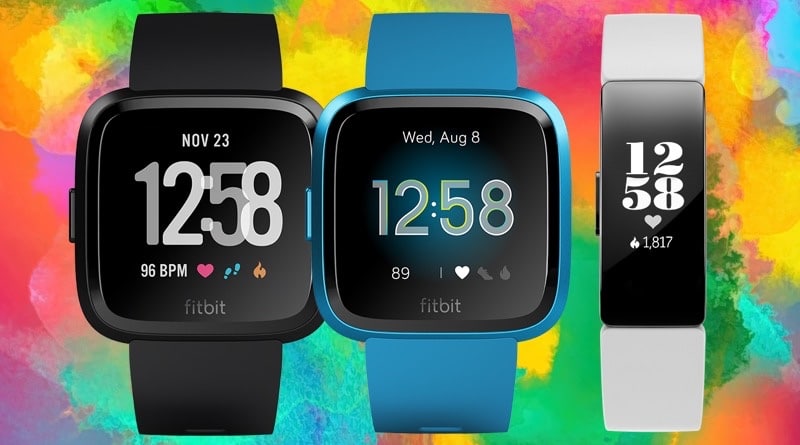 The month of March has seen a few more wearables added to Fitbit’s stable of fitness trackers and smartwatches. One of these is Inspire HR. The fitness band replaces the Alta HR and older devices such as the Flex 2, Zip and One. Another one is Versa Lite, a stripped back version of Fitbit’s best selling smartwatch.

The company’s devices are great when it comes to tracking fitness. But with so many on offer, the decision on choosing the right one can be difficult. If you’re on the fence on which to opt for, here’s how the new Inspire HR, Versa Lite and Versa differ.

The original Versa and Versa Light look very much alike. Identical in size, shape and the quality of screen, both are built from very lightweight 6000 series aerospace-grade aluminum. But take a closer look and you’ll notice one obvious difference. The new iteration has one physical button on the left, the original has two more on the right.

This means you’ll need to rely on the touchscreen much more to navigate the screen on Lite. You can still use the left button as a power/wake button, though. 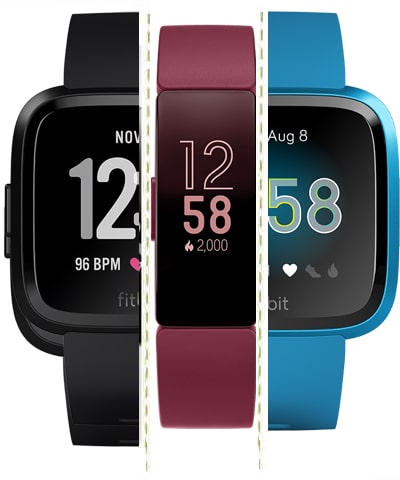 Inspire HR looks very different. Not really surprising considering its a fitness band, not a smartwatch. The tracker weights half as much, measures 16.2mm in width and 12.6mm in depth. There’s a single button on the left for returning to main menu and quick access to settings.

The OLED display is, of course, much smaller (37 x 16mm) compared to the Versa. It’s grayscale and touch-responsive. What all three wearables have in common is that the screen is off by default and springs to life when you flick your wrist or tap on the wearable.

A clip-on accessory is also available for Inspire HR, so the tracker can be detached from the strap and attached on to clothes. This is to cater for those who would previously have opted for Zip. It’s worth noting, it won’t track your heart rate from that position.

All three watches feature bands which are fastened with a buckle. These are interchangeable allowing you to tailor the look to your liking. The bands on the Lite iteration are backwards compatible with the original models.

Under the hood, there are a few differences to be aware of.

Versa and Versa Lite share a 3-axis accelerometer, 3-axis gyroscope, optical heart rate monitor, ambient light sensor and vibration motor. Lite lacks an altimeter for counting floors, a wi-Fi antenna (802.11 b/g/n), on-board storage for music and NFC for contactless payments, all of which you will find on the original version.

Inspire HR is pretty similar to Lite when it comes to sensors. It does lack the 3-axis gyroscope though. Gyro sensors, also known as angular rate sensors or angular velocity sensors, are devices that sense angular velocity. They help in movement tracking and improve accuracy when you are on the go. The more axes, the better.

It’s worth mentioning that Versa iterations also come with an SpO2 sensor. This has the potential to measure your blood oxygen although we are yet to see Fitbit put it to real-world use.

Battery life is important and is always a compromise between size, screen resolution and more. You certainly do not want to be charging your fitness band every night.

The good news is that none of the three disappoint on this measure. You will be able to go for between four and five days on any of these devices.

All three are also water-friendly. They come with a fantastic 5 ATM water-resistance rating, which means you can submerge them down to 50 metres in depth. They’ll track swimming sessions, too, but only with basic detail.

An average person will find pretty much everything they need for tracking fitness around the clock on any of these devices. This includes all-day heart rate monitoring, steps, distance, active minutes, calories burned and advanced sleep tracking. There is also automatic activity recognition, Connected GPS, Guided Breathing, Multi-Sport mode, move reminders and some more advanced performance metrics such as VO2 Max.

Let’s jump to the differences.

As mentioned, Versa Lite and Inspire HR don’t have an altimeter. An altimeter senses changes in altitude using atmospheric pressure. On the full Versa, the total flights of stairs climbed will be summed up and computed as a factor in your calorie count.

The other difference is the inclusion of the blood oxygen sensor on the Versa iterations. But Fitbit is not utilising this at the moment, so it doesn’t and won’t really do anything until the functionality is enabled.

The final difference is the addition of lap tracking for swimming on the original Versa and on-screen workouts. You don’t get this on Lite or Inspire HR.

Another feature worth mentioning is the screen size. The fact that Versa and Lite have a larger screen than Inspire HR makes them much easier to read. You’ll particularly appreciate this if you’re running and want to glance quickly down at your stats.

When it comes to non-fitness features, all three offer silent alarms and basic notifications to keep you connected on the go. You will need to use your phone on Inspire HR, though, to read the messages in full.

Versa and Lite are smartwatches so also connect to an App Store. In addition to this, the original slaps on 2.5GB of built-in storage for music. This is enough for around 300 songs and is an important point in its favour. It also has an NFC chip which stores credit card information so you can leave your wallet behind.

The first and most obvious question is – are you looking for a fitness band or something that looks like a smartwatch? Inspire HR is the obvious choice if you’re after something slim and discreet. It sports pretty much the same specs under the hood to Versa Lite. But keep in mind that both do not have tracking of floors climbed.

Lite is a stripped back version of the original Versa. The full version comes with two additional physical buttons for navigating the display, an altimeter for counting floors, on-board storage for music, NFC for contactless payments and a few other extras.

Price is always a consideration and there’s quite a gap between the three. Inspire HR sells for about half the price of the fully featured Versa, with Lite sitting somewhere in between.

All three will do a great job at monitoring your fitness around the clock. If you’re a runner, the large screen on a smartwatch may be more suitable. If you don’t plan to make payments with your wrist and are not bothered about the lack of on-board storage for music, then Lite may be a good option. Otherwise, it may make sense to go the whole nine yards.