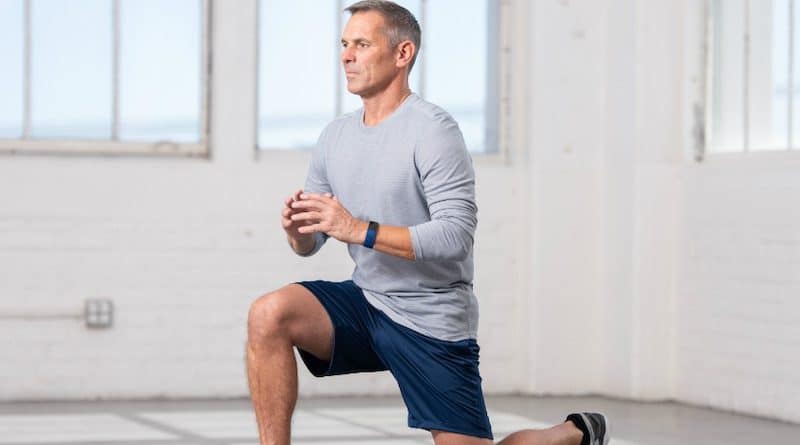 The latest wearable released by Fitbit is Inspire HR. It replaces a range of older devices and sits somewhere between Alta HR and Fitbit’s most popular fitness band, the Charge 3. The gizmo lacks some sensors, such as an altimeter for counting floors, so is a great choice for someone looking for a budget friendly option.

This still leaves Charge 3 as Fitbit’s most fully featured fitness band. Now over a year old, it remains our pick as the best in its class. In our review we gave it an excellent 8.1 rating. The device has most things an average person needs for 24/7 activity tracking, along with a water resistant wrapper and good battery life.

So far there’s been little info on its replacement. Fitbit is pretty good when it comes to keeping shtum on these sorts of things. But as the release approaches, no doubt we will have some more info.

In the meantime, here’s what we’d like to see from the next generation tracker. We will, of course, add to this article as soon as we hear anything.

Fitbit does not stray too much from its tried and tested design. Sure there are some differences between each generation, but the basics remain the same.

The most obvious difference between Charge 3 and its predecessor is the 30% larger OLED display. The core unit now measures 38mm x 18.3mm x 11.8mm which makes everything a bit easier to read. Nevertheless, there’s still room for improvement.

For one, the bezel around the screen is very thick. In fact it’s so thick, the company has managed to squeeze the word “Fitbit” under it. Now we all know we’ve bought a Fitbit tracker so this seems a bit superfluous. All that wasted space could be put to much better use. Perhaps a larger display?

And while the touchscreen is decent quality, it only has the ability to display grayscale colors. A full color screen should be on the cards next time around.

That’s not as simple as it sounds. Such a screen would be more resource intensive, and would put a strain on battery life. The current version runs up to 7 days which is pretty decent. We’d expect no less from Charge 4 and perhaps a bit more. After all, this is an important selling point.

While we’re on this subject, the display on the current version switches off when not in use. You wake up the device by lifting your wrist or by firmly tapping on the centre of the unit. This is again to do with preserving battery life. We’re not very hopeful, but an always on-screen would be a nice add-on.

Moving on from the display to the inductive button on one side of Charge 3. The San Francisco outfit has done away with the physical button of its predecessor in order to improve water-resistance. This works very well so we don’t anticipate any changes on this count. Water resistance is also excellent so we expect it to remain at 5 ATM (down to 50 meters).

The final design tweak we’d like to see is to do with the strap. The one that comes by default with Charge 3 has a cheap, plasticky feel. It has the benefit of not leaving a rash like some silicone counterparts, but it’s not very pretty and it feels a bit too firm on the wrist. Sure you can buy a replacement band, but no-one likes to go through the extra expense.

Charge 3 is able to track data 24/7 on steps, calories, distance, heart rate, floors, sleep and exercise. It is also equipped with reminders to move, nudging you to stay active throughout the day, while providing visual feedback on your progress and keeping you connected with smart notifications. The gizmo does all this reliably and accurately.

But there is more that could be added.

Apart from Ionic which has built-in GPS, most high-end Fitbit devices have Connected GPS. This essentially means they have the ability to tap into your smartphone’s satellite signal for a reading during outdoor exercise. And while this works well, a built-in GPS would allow for phone-free training. Garmin Vivosport is one of the few fitness bands that has it.

GPS adds to the price, but it ensures that all your running stats are accurate. The sensor uses lots of battery and finding a signal can sometimes be hard. However, the results are definitely worth it.

Charge 3 has an SpO2 sensor inside. It’s only recently the company has put it to actual use.

Apart from that, it seems there’s been little in terms of new sensor technology in the last couple of years. One omission from Fitbit’s range is the ability of its devices to track stress around the clock. Garmin and a number of other manufacturers tap into heart rate variability to deliver 24/7 info on stress levels. And while these are rough estimates, they are useful. We are really hopeful we’ll soon see around the clock stress tracking on a Fitbit device.

Other possibilities include a UV sensor to warn when you might be absorbing dangerous radiation, a temperature sensor, a hydration sensor and a sweat sensor. It’s doubtful, though, we’ll see any of these as Fitbit tends to be slow at introducing new technology. Another possibility is a way to measure EKG. The latest Apple Watch has it, so it’s only a matter of time before the feature comes as standard on fitness bands.

The one other thing that is missing from Charge 3 is on-board music storage. Or a way to control your smartphone music remotely from your wrist. Let’s hope Fitbit puts this right with Charge 4.

NFC for all versions

If you’ve purchased the Special Edition Fitbit Charge 3 you are able to its NFC chip for payments on-the-go. Everything is managed from the Wallet section of the Fitbit app. This is where you can add/remove payment cards, set a default card, edit payment methods and review recent purchases. We would like to see this functionality to come as standard on the Charge 4.

The Charge 3 was unveiled at IFA in Berlin in September 2018. Fitbit usually updates its devices every 18 months to 2 years, so a 2019 launch date is looking unlikely. Our best guess is next Spring or late Summer 2020.

As for the price, the Charge 3 is going for around $150 on Fitbit’s website. The company will probably be looking to sell the new tracker at a similar price-point. We are not looking for a revolutionary update, but there is clearly plenty of scope for improvement.

Update 18/3/2018: Charge 4 has received FCC registration and there is a listing on a retailer’s website. Find out more on this link.