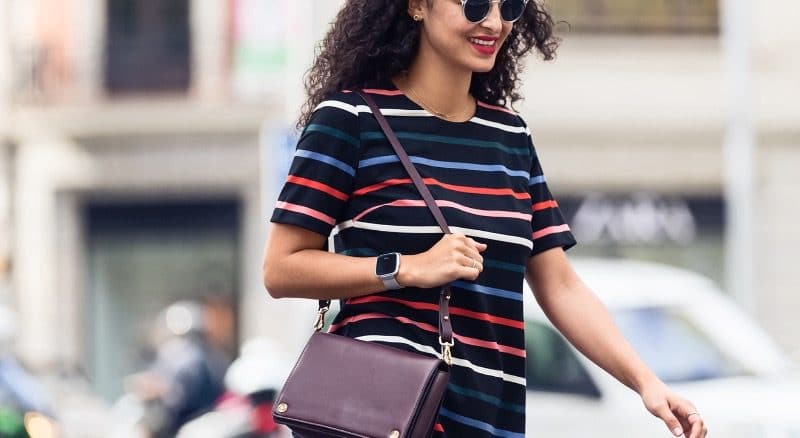 Versa 2 has hit both the FCC and Bluetooth SIG. The certification by the two registration bodies confirms Fitbit’s smartwatch range is about to get a refresh. We’ve had rumours and leaks, but these represent the first official confirmations.

The FCC filing can be seen on this link. It doesn’t reveal too much but there are few images on how to access E-label instructions. While this in itself is not interesting, the page does show a few images of the upcoming tracker. These confirm the validity of pics that were leaked earlier (one physical button, larger display, no Fitbit logo under the screen).

Its worth pointing out, Versa 2 is not mentioned by name in the filing. But it is in Bluetooth certification which comes from Bluetooth SIG, the outfit that oversees development and licensing of such technologies.

This is the first new Fitbit addition to the Bluetooth SIG registrar since it certified the Charge 3, Inspire range and Ace 2 in August last year. Versa Lite was launched a few months ago, but it hit the database way back in 2017 alongside the original Versa.

The tracker is described by Bluetooth SIG as a “Wireless Activity Smartwatch to track steps, distance, sleep & calories burned. Provides Caller ID if your phone is nearby. Sync stats wirelessly to smart phones and computers.”

Fortunately we know more than this. Previous leaks show that, just like Versa Lite, the device will have only one physical button. The squarish display stays but the bezels are slimmed down and the Fitbit logo is no longer taking up unnecessary space below the display. You can see some more images of the Versa 2 on this link.

The tracker comes with everything from the current version. This includes all the fitness tracking smarts, water-resistance down to 50 meters, storage for 300+ songs and support for Fitbit Pay.

One of the upgrades is reportedly an AMOLED screen. Unlike on the current version, the display will be always-on. This should not affect battery life which will still hover around 4 days.

Another interesting addition is Alexa support, which comes for the first time on a Fitbit device. You will be able to use Versa 2 to ask for weather reports, control your smart home and more.

All this suggests Versa is getting an iterative upgrade, with nothing really groundbreaking on-board. There’s no mention of the PulseOx sensor but presumably this will also be built in. Its been a couple of years and we are still waiting for Fitbit to put it to good use.

The new listings suggest a launch is near. According to previous rumours, Fitbit is planning to announce the device towards the end of August, with a September 15th release date. This means the tracker should make an appearance at IFA 2019 which starts from September 6th.