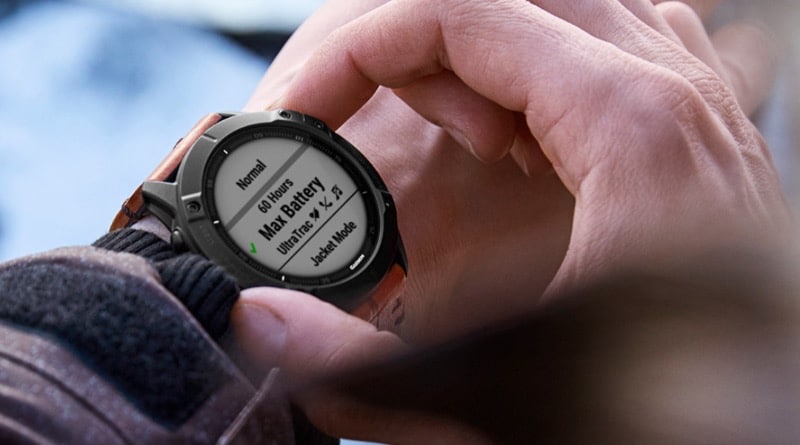 Just in time for IFA 2019 in Berlin, Garmin has revealed the next iteration in its Fenix series. The Fenix 6 looks better, its more feature-packed and has some interesting options such as solar charging.

As is often the case, the many leaks in recent weeks mean that we knew most of the specs well in advance. But at least now we’ve learned the final details and know that it’s all official.

The company continues to upgrade its range for outdoor adventurers and sports enthusiasts. Fenix 6 builds on the special incremental edition, Fenix 5 Plus, which was released in June last year.

The new range comes with all the features of its predecessor, but with some added-on goodies. There are also more models to choose from and this is where it starts to get confusing. So lets try and shed some light on the matter.

As before there are three main variants. The first is the 47mm case size Fenix 6. This one comes in base, Pro and Sapphire editions. As its name implies, this last one features scratch-resistant sapphire faces. The base model comes without music, maps and WiFi (which you get on the Pro).

The next variant is the Fenix 6S. Built for more petite wrists, it also comes in a base, Pro and Sapphire edition. The differences are the same as above. The watch cases measure 42mm in diameter.

Finally there is the 51mm diameter variant. With this one you get the Pro and Sapphire editions (so no base model), and an additional Solar version.

Got all that? It does make sense after you read it a few times.

The exciting news here is the addition of the Solar variant, a first for Garmin. This features a transparent solar charging lens that sits on top of the watch face. Garmin calls the tech Power Glass. It adds more juice in all battery modes by converting the sun’s rays into energy. For example, if you wear the watch outside daily for 3 hours – this will extend battery life in smartwatch mode from 21 to 24 days. 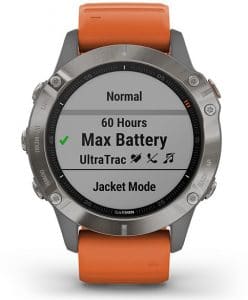 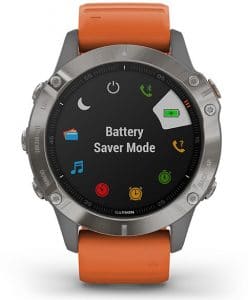 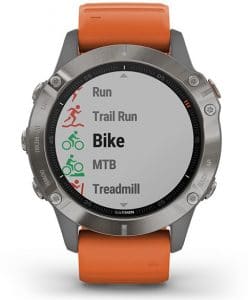 In addition to this, Garmin has introduced customisable power-management modes. This allows users to actually see how various settings and sensors impact battery life. You are able to see battery levels in days and hours instead of just a percentage figure. This leaves guesswork out of the occasion when trying to figure out how long you can go before needing to charge.

As before, the watch is designed as a rugged all-rounder. It has stainless steel bezels and a titanium or diamond-like carbon (DLC) coating.

But now the Fenix 6 and 6X variants have bigger displays, the first a 1.3 inch face (up from 1.2 inches) the second 1.4 inches (up from 1.3 inches). Mind you, they retain the same case size as before. 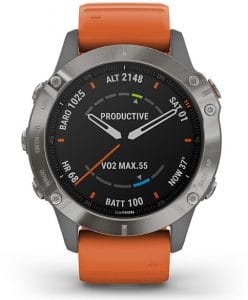 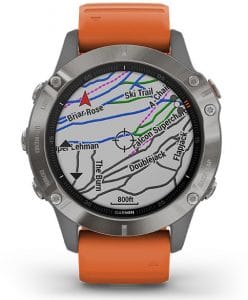 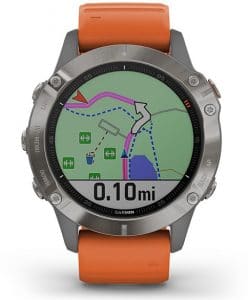 Garmin has introduced some new case options such as rose gold, champagne and grey. There is also a wide variety of bands to help you personalise your watch for any occasion.

Quite a few changes under the hood.

The heart rate sensor has been upgraded to feature the latest Garmin ELEVATE heart rate module. This should help with accuracy.

Other built-in sensors include a 3-axis compass, gyroscope, barometric altimeter and PulseOx (for all models). Like its predecessor, there’s support for multiple navigation satellite systems (GPS, GLONASS and Galileo). 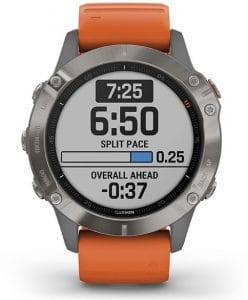 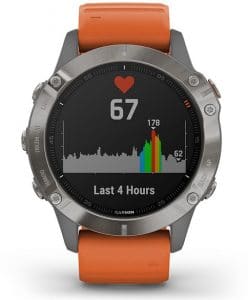 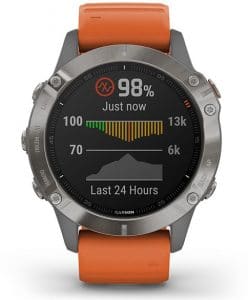 Advanced training features include something called Dynamic PacePro. This is “grade-adjusted pace guidance throughout your activity”.

We’ve not seen this before on a Garmin watch. The popular fitness app Strava has something like this. It adjusts a runners pace based on terrain – the steeper the grade, the larger the adjustment. Essentially, it estimates an equivalent pace when running on flat land. But, in addition to this PacePro coaches you in real time so you can slow and speed up your run depending on your goal and race plan (which you set ahead of time). You are able to see your target split pace, actual split pace, distance to next split and more.

Similar to the Forerunner 945, Vo2Max and training status are now adjusted for heat and altitude acclimation status. Your performance metrics will no longer be influenced by environmental factors. There’s also the Body Battery feature we’ve seen on all recent Garmin watches, along with safety and tracking features. 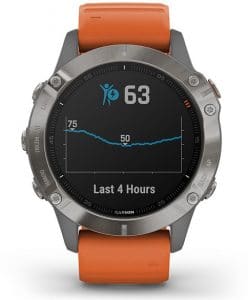 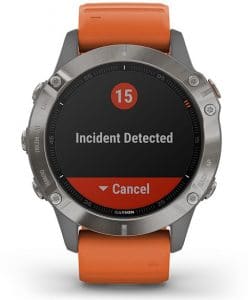 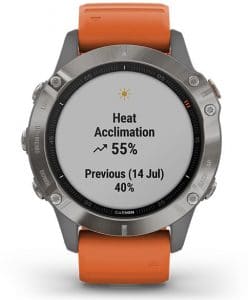 Other than that, there are pre-loaded TOPO maps and ski maps for over 2,000 worldwide ski resorts and 41,000 golf courses.

Smart features include support for notifications (when paired with a smartphone), Garmin Pay and music storage with streaming support (for Amazon Music, Spotify, Deezer and iHeartRadio). You can store up to 2,000 songs (storage has been doubled to 32GB) and sync playlists for offline listening.

No LTE as some had hoped.

The new Fenix range starts at $599 for the base 6 and 6S variants. It only goes up from here. The most expensive is the 6X Pro Solar edition which will set you back a hefty $1,149.99. All of these watches are available on Garmin’s website right now and Amazon (check price).