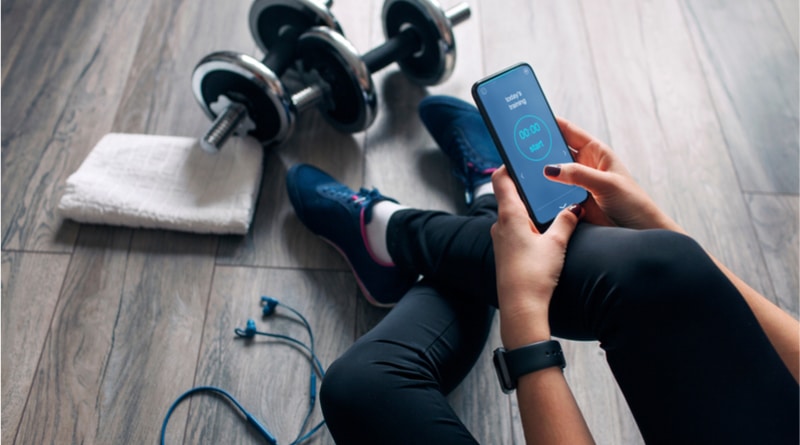 There has been a proliferation of smartphone health apps in recent years but their safety is under question according to a recent literature review.

Do you like to keep active and track your progress? Of course you do; that’s why you’re on this website! Fitness and health tracking is one of the ways in which many of us use our mobile devices.

There are a plethora of iOS and Android apps available that allow you to set goals, keep track of progress and feel more motivated. They can also give you new workout ideas, monitor your diet and more. That all sounds great, we hear you thinking, but can I really trust these apps?

A study titled “Safety concerns with consumer-facing mobile health applications and their consequences: a scoping review” looked at this issue. Published in the Journal of the American Medical Informatics Association, it collated articles released between January 2013 and May 2019 in PubMed, Web of Science, Scopus and Cochrane libraries.

As its name implies, the aim of the study was to summarise the research literature about safety concerns with fitness and health apps. From 3,456 titles and abstracts, a total of 74 on app analysis, pilot tests, randomised controlled trials and systemic reviews were selected. Information was arranged by app type, health area, engagement strategy and more.

What was clear from the analysis was a range of issues including poor content, poor information, bad functionality and more. It won’t come as a surprise that such software is anything but infallible.

“However, to ensure that this potential is met, it is important that apps are safe, effective, and reliable.”

Researchers identified a whopping 80 safety concerns. Just over two-thirds of these were to do with the quality of information. This includes incorrect or incomplete data, variation in content, incorrect outputs and inappropriate response to consumers’ needs.

For example apps for bipolar disorder (BD) incorrectly differentiated between BD types. They also dished out faulty recommendations that patients should “take a shot of hard liquor an hour before bed”! And even suggested that BD is contagious. Another example are discrepancies in measuring heart rate. Apps produced incorrect measurements with differences of over 20 beats per minute.

The remaining 13 safety concerns were related to software functionality. This ranged from gaps in features to delayed processing and faulty alarms. For example, the study cites that only 3 of 35 symptom monitoring apps responded appropriately to users indicating severe extremes of mood or suicidal ideation. Then there are self-management apps with alarms that were too loud or not loud enough, or that failed to work when smartphone screens were off.

Even more worryingly, the study found 52 reports of actual consequences for the user – 5 of which had potential for patient harm. Additionally, there were 66 reports to do with gaps in app development. This includes the lack of expert involvement, no basis in evidence, and poor diagnostic, screening or assessment tools.

You can read the paper in full here.

Published under the Creative Commons CC-BY-NC.