Developed countries are seeing a swelling number of people with mental health issues. The US is n exception.

The statistics make scary reading. They say more than 48 million Americans are affected to a larger or smaller extent. A recent study by researchers from NYU Langone Medical Center established that almost 10 million of these suffer from serious psychological distress. This is a specific term that denotes feelings of restlessness, worthlessness and sadness among individuals.

Technology can help and there’s a range of wearables that can help you destress. The rise of mental health issues has also been paralleled by the growth of mental health smartphone apps. The American Psychiatric Association estimates that there are more than 10,000 anxiety and depression related downloadable self-help apps.

Naturally, as you cast your net, the apps that you’ll fish out will not necessarily be up to the mark. This doesn’t mean that the digital app store is not rife with useful tools. In fact, there a few mental health apps that are raising the bar higher. Here’s our selection. 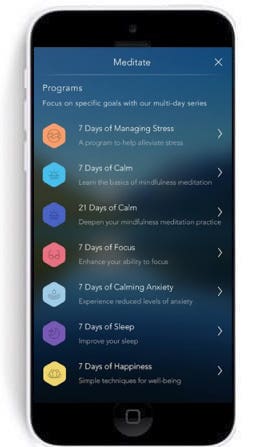 Awarded as Apple’s App of the Year 2017, Calm is a mental health app that is designed to destress. Meditation, sleep, relaxation, and breathing are the four main areas that the app focuses on.

Some 40% of Americans get less than the recommended 7 hours of sleep per night. Even more worrying, many of these also experience mood disorders. The aim of the app is to reduce anxiety, boost mood, and improve sleep.

In light of this, the mindfulness and meditation techniques offered by Calm are indeed a silver lining to the distressed cloud. The app helps to unwind, it promotes better sleep, and offers medication sessions too.

Another mental health smartphone app that has been making waves is called SuperBetter. But this one is a bit different. It taps into gamification to improve resilience and boost optimism in the face of life’s challenges.

Author, Daniel Pink opines, “At the heart of SuperBetter is a simple and potentially transformative idea: We can use the same psychological strengths we display when we play games to confront real-life challenges, whether it’s illness, injury, or just changing our habits for the better.”

Moreover, SuperBetter is the highlight of a number of clinical trials that narrate its effectiveness. One of these studies was a randomized trial which concluded that the app helps to combat symptoms of depression and worry, magnify optimism, and enhance social support. 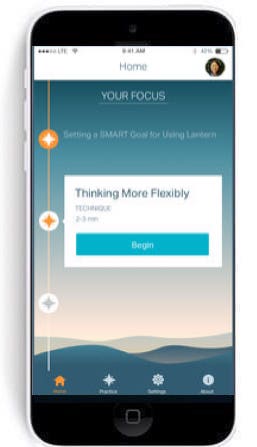 Lantern is both a web-based platform and a smartphone app. The app strings together professional experts’ advice with cognitive behavioral therapy for dealing with stress and anxiety.

It starts with a brain test like assessment that diagnoses users’ performance. It then assigns daily exercises that are chalked out as per the test’s results. The app has been rounding up significant amounts of funding.

The latest survey by the American Psychological Association has revealed the most significant increase in stress in the report’s 10-year history. In fact, anxiety is the most common psychological concern in the country that has more than 300 million people in its fold. In this context, an app like Lantern is more than welcome. 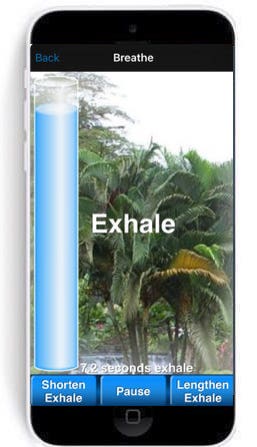 The American Institute of Stress reveals that 77% and 73% of people experience physical and psychological symptoms of stress respectively. Initially designed for the military community but beneficial for use by anyone, an excellent digital app to help you sail through these problems is called Breathe2Relax.

This is a portable stress management tool which provides detailed information on the effects of stress on the body, along with exercises to help users learn the stress management skill called diaphragmatic breathing. Breathe2Relax essentially teaches you to master the fight or flight mechanism, the body’s natural response in stressful situations.

Diaphragmatic breathing is scientifically proven to help manage stress, worry, and anxiety. An app such as this taps into a useful way of curbing increased stress levels, which makes it impressive. 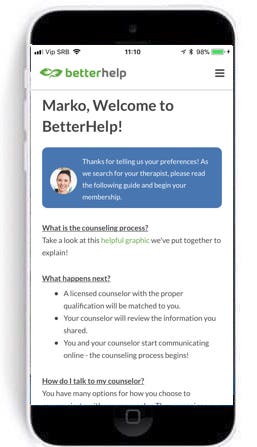 Backed by 11,000 public reviews and testimonials, BetterHelp is the largest e-platform of 1,500 licensed therapists. The app connects users with counselors who help to deal with depression.

Around 12 million women in the US are victims of clinical depression. As of 2016, approximately 16.2 million US adults experienced a major episode of depression. Not to forget, teen depression has also crept up in the past 25 years.

Interestingly, a University of Phoenix survey recorded barriers to counseling. It revealed that 28% of individuals didn’t know where to seek counseling and 48% were blocked by financial barrier. Social stigma held back 15% of people and 21% couldn’t find a good counselor they were comfortable with. With such a bleak background, BetterHelp stands as a hero which, with its e-connectivity, can help melt these barriers.

Alycia Gordan is a freelance writer who loves to read and write articles on healthcare technology, fitness and lifestyle. She is a tech junkie and divides her time between travel and writing. Currently she is associated with Brain Test.