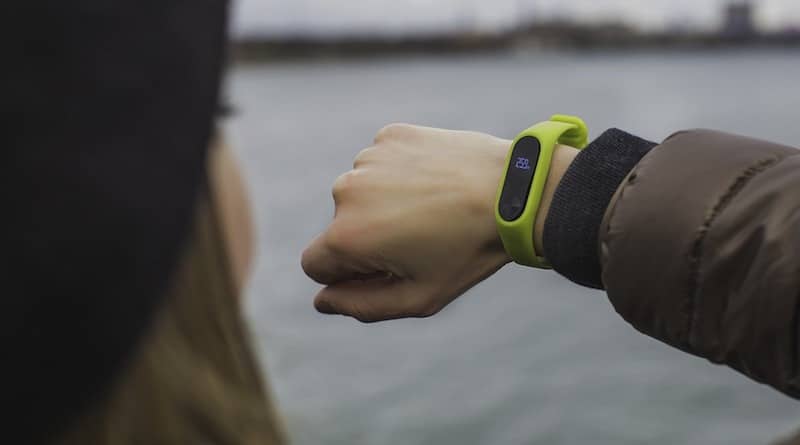 Colds are very irritating. Not quite bad enough to break you, they are just debilitating enough to prevent you from going about your normal routine. Colds commonly occur during the spring and fall and involve fever, aches and pains, a stuffy nose, an itchy throat and watery eyes.

Unfortunately Gadgets & Wearables writers are not immune to the hundreds of viruses that can cause colds. And I seemed to have picked up one recently. But at least this made for the perfect situation to write a story on how the illness effected my heart rate, step count, stress levels and other vitals stats.

Cold symptoms typically appear about one to three days after exposure to a cold-causing virus, peak around day four, and taper off around day seven. As I noticed increasing levels of fatigue in the first few days, the step counts on my Garmin Forerunner 935 gradually started to fall. This was paralleled by a slight increase in my resting heart rate as well as stress levels. During this initial period, I was still doing my usual gym workout routine – not a good idea…

The third day and particularly the fourth day, as the virus spread and I started to feel very weak, my resting heart rate shot up, as did my stress levels. In fact, that fourth day my resting heart rate was nearly 15 bpm above its usual value, and stayed at that elevated level throughout the whole day. My step counts decreased further as I grew weaker while sleep duration increased drastically.

Then suddenly, on day 5 everything fell back to normal. So that is how long it took to flush the virus out of my system.

There is still no cure for the common cold. Although symptoms can be different for everyone, it is typically recommended to get lots of rest and drink plenty of fluids. My unintended little scientific experiment shows this is solid advice. As the illness spread, my body worked harder to combat the virus which resulted in elevated heart rate and higher bodily stress levels. As a consequence I found myself moving less and sleeping more.

The good news is, if you catch a cold you can use your fitness tracker or sports-watch to monitor the progression of illness. If you find your usual vitals metrics are out of whack, its probably a good idea to take a break from your normal exercise routine. The bad news is, at least in my case, the effects of the illness only showed up in my vitals stats a few days after I contracted the virus.

But this may change in the future. A study from Stanford University shows that in the near future, we may be able to predict illness by monitoring heart rate, physical activity, skin temperature and blood oxygen levels.

During the study, researchers strapped up to eight commercially available fitness trackers to the wrists of 60 individuals. The aim was to monitor physiological changes during various activities and their role in managing health and diagnosing and analyzing disease.

Scientists recorded over 250,000 daily measurements for nearly a year. Then they analyzed the data and found that out-of-the-ordinary measurements such as elevated heart rate and skin temperatures correlated with periods of sickness. Using this data, the authors developed algorithms to actually predict when someone was about to become ill.

“Once these wearables collect enough data to know what your normal baseline readings are, they can get very good at sensing when something’s amiss,” says Michael Snyder, one of the researchers.

“We think that if your heart rate and skin temperature are elevated for about 2 hours, there’s a strong chance you’re getting sick.”

Interestingly, they discovered striking changes in particular environments such as, for example, airline flights. Blood oxygen levels decreased during high-altitude flights, and this decrease was associated with fatigue.

They also made two important health-related observations. First, wearable sensors were useful in identifying the onset of Lyme disease and inflammation. Second, they found that wearable sensors can reveal physiological differences between insulin-sensitive and insulin-resistant individuals, raising the possibility that these sensors could, one day, help detect risk for type 2 diabetes.

Overall, the results from the study are very encouraging. Early detection of disease is crucial. In most cases, the earlier the disease is diagnosed, the more likely it is to be cured or well controlled. But no, don’t try to self-diagnose with your fitness tracker just yet.

Continuous tracking of your vital signs is more informative than having a doctor measure them once a year and comparing them with population averages, Snyder adds.

“Heart rate, for example, varies a lot so population averages don’t tell you much”

“I’m predicting that your smartwatch will be able to alert you before you get sick, or confirm that you’re sick if you’re feeling a bit off.”

This represents the next logical step. Wearables have become pretty good at tracking fitness, but soon they’ll also play a crucial role in managing our health. In a few years time, your fitness tracker or sports-watch may know you are getting sick even before you do!