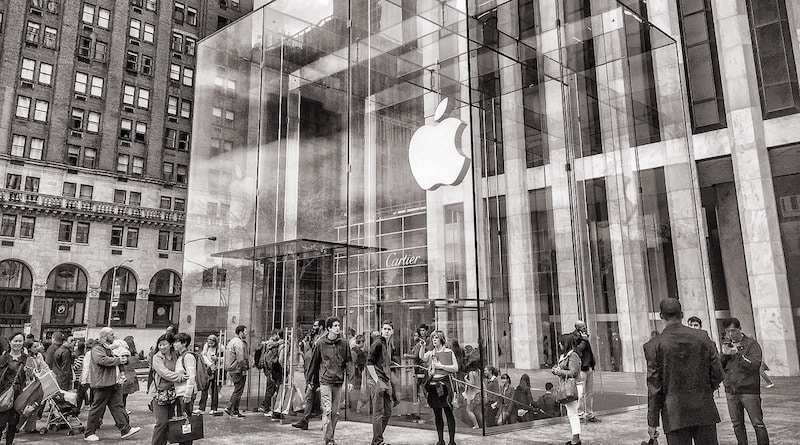 Apple’s Q1 2020 financial results show that wearables raked in all-time record revenue of $10 billion during the all-important holiday quarter. This was up sharply from $7.3 billion in the same period last year.

“Wearables, Home and Accessories” include the Apple Watch as well as HomePod, Apple TV, AirPods, Beats products, iPod touch, and Apple-branded and third-party accessories. The category showed the strongest growth, along with iPhone sales for the first time in a while and AirPods wireless headphones.

At $91.8bn for the quarter ending December 28th, total revenue was above Wall Street Expectations. The company is now worth as much as the largest 30 German companies that comprise the Frankfurt Stock Exchange DAX index.

Apple CEO Tim Cook said Apple’s wearables business alone is now worth the size of a Fortune 150 company. What’s more, the “Wearables, Home and Accessories” revenue is for the first time larger than Mac revenue which pulled in $7.1 billion during the quarter.

He added that Apple was struggling to meet the demand of certain models such as the Apple Watch Series 3. AirPods were also in short supply and still are.

Net quarterly profit totalled $22.2 billion, which equates to $4.99 per diluted share. The company’s share price jumped 2% on the news.

Apple is forecasting a stronger Q2 than analysts expected. However, this may be upset by the spread of the Coronavirus in China where the company has most of its manufacturing facilities.

It’s safe to say the Apple Watch has been selling well in recent months. In fact, it raked in an all-time record quarterly revenue according to Cook although he didn’t specify the figures. Apparently, three out of four customers purchasing the timepiece were new to the Apple Watch. The Cupertino outfit launched the Series 5 version in September, but sales of the older watches have also been flying off the shelves.

This is unlikely to change any time soon. Sales of desktop computers and tablets are on a decline, although unlike most other companies, Apple has been able to hold on to some growth. But it’s clear the company will be relying on revenue from its wearables category (which currently generates only 10% of Apple’s total revenue) to drive growth in the coming years.