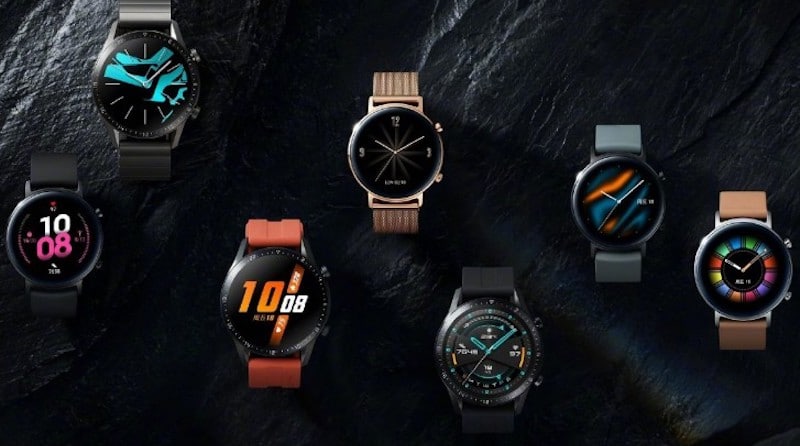 Huawei has, via software update, brought to parity its late-2019 GT2 smartwatch with the recently launched Watch GT2e. Both devices are now capable of monitoring blood oxygen levels.

The refreshed Huawei Watch GT2e was launched alongside the company’s P40 flagship series at the end of March. The specs are largely similar to last October’s Watch GT 2. The main difference is the sporty look and inclusion of a blood oxygen monitoring feature.

Now the only difference is the sportier look. Huawei has released a software update for Watch GT that slaps on the SpO2 feature. This confirms that last years watch already had the necessary hardware, it was just a matter of activating it.

For those not in the know, an SpO2 sensor monitors oxygen saturation levels in the blood. Typical values are in the high 90s in terms of %. The values can dip, sometimes even below 90, if you have breathing issues such as sleep apnea.

The version 1.06.26 of the firmware is 18.37 MB in size. To update you’ll need to open the Huawei Health app and make sure your watch is connected to your smartphone. Then its a simple matter of opening Devices > Huawei Watch GT2 > Firmware update in the app, and following the installation instructions. The battery level of the watch must be at least 20% for the update. The software refresh also improves overall system stability.

In order to get the most accurate SpO2 measurement possible, you should tighten the bracelet and hold the display up during the measurement. You can then view the results in the Huawei Health app or on the watch itself.

Watch GT has also received new firmware. Version 1.0.11.20 is some 2.85 MB in size. But don’t get too excited, its just the usual squashing of bugs.

Not to be left behind, Watch GT2e received a software refresh of its own. Unfortunately there is no change-log for version 1.0.1.20 so we cannot say exactly what the differences are. Most likely the usual stability and error patches.