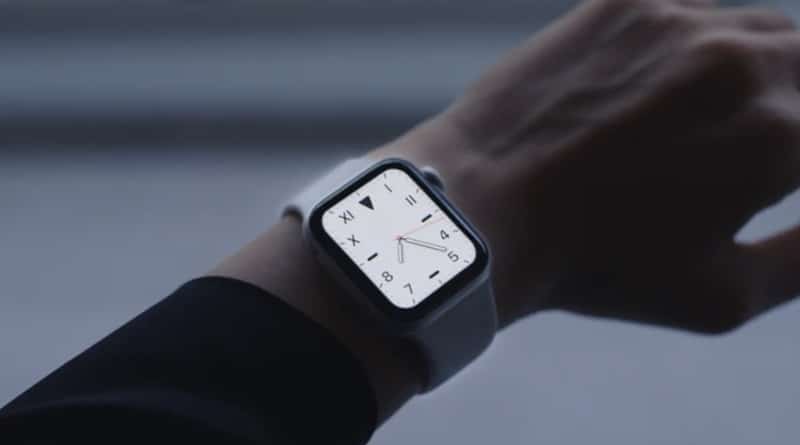 The Apple Watch is selling like hotcakes. The US manufacturer was able to shift around 7.6 million copies of the timepiece in the first quarter.

Between January and March 2020, almost 14 million smartwatches were shipped around the world, according to Strategy Analytics. This represents an increase of over 20% over the same period last year, somewhat surprising considering the global economic slowdown.

What is less surprising is that Apple remained the leader of the pack. It sold over seven million Apple Watch models in the first quarter allowing it to capture a 55% share of the market. This was up around 1% on its share during Q1 2019.

The current dominance of the Apple Watch is mainly due to sales of the newest Series 5 model, as well as the cheaper Series 3 watch. We are expecting the Series 6 device to land in September and, as usual, there are already lots of rumours on what to expect. Amongst these is native sleep monitoring, pulseOx, a new kids mode and more. Older models may benefit from a number of these upgrades, as some of them will come as part of watchOS7. 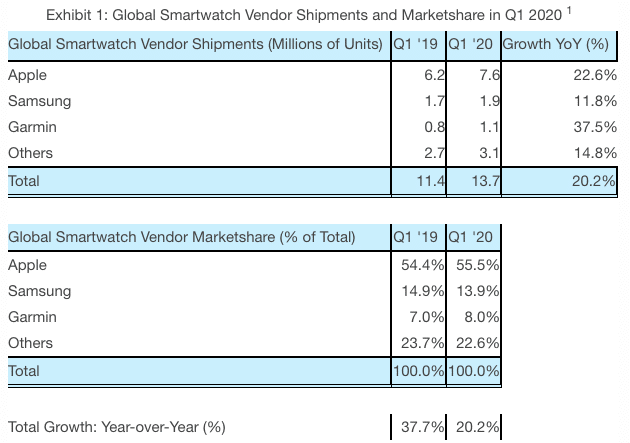 Samsung, Garmin and other manufacturers

The above table shows that one out of every two smartwatches sold in Q1 2020 was an Apple device. But what about other manufacturers?

Samsung was in distant second place with a 13.9% share of the market. This was down around 1% year-on-year. The South Korean manufacturer increased its sales by 11.8% to 1.9 million smartwatches between January and March 2020.

Garmin retained third place having increased its share of the market by 1% to 8%. It recorded the largest growth of the top three. Sales increased 37.5%, from 800,000 to 1.1 million units sold.

About one in five devices came from other manufacturers such as Withings, Fossil, Huawei and others. Combined, they sold some 3.1 million smartwatch units.

The COVID-19 pandemic may have impacted other economic sectors but wearables seem to be relatively untouched. Steven Waltzer, Senior Analyst at Strategy Analytics, said that that smartwatches are selling well through online retail channels, while many consumers have been using such devices to monitor health and fitness.

However, despite strong growth in the first quarter the market research company expects a slowdown in Q2. This should be most evident in Europe and the US. According to Woody Oh, Director at Strategy Analytics  these regions are experiencing the worst of the COVID-19 pandemic right now so should be most effected. 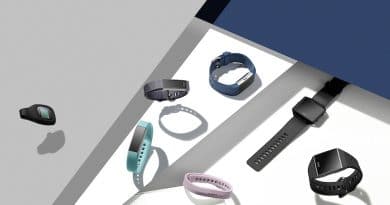 How to reset your Fitbit fitness tracker or smartwatch 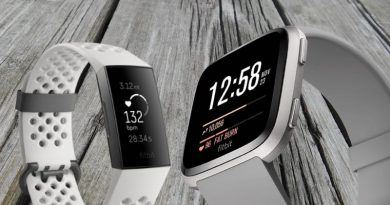 Fitbit Charge 3 or Versa: which is right for you? 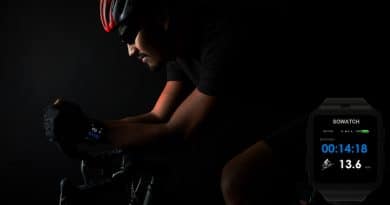