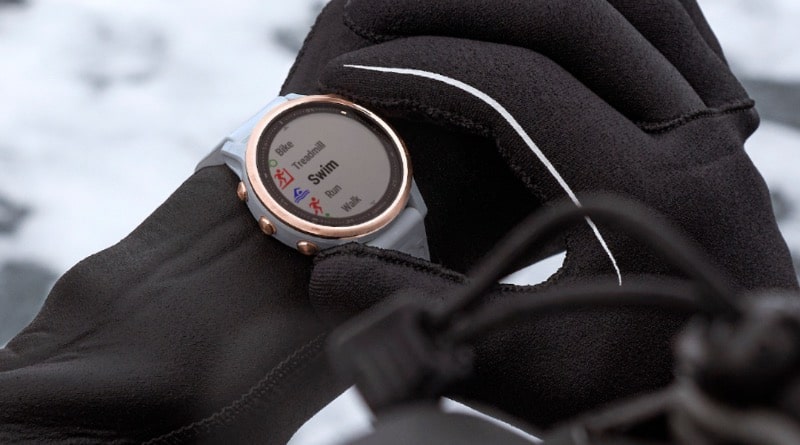 You have probably heard of solar powered smartwatches but what about a sweat powered watch? It sounds pretty crazy but scientists have figured out a way the liquid could be used to replace traditional batteries.

The research was done the University of Glasgow. Scientists from the Scottish institution created a battery cell that has a new type of flexible supercapacitor that can be used to replace electrolytes typically found in batteries.

The tech works by collecting the sweat you naturally produce. This is done by “coating polyester cellulose cloth in a thin layer of a special polymer”. The absorbency of the material attracts perspiration. The ions in the sweat react with the polymer which results in a reaction that generates electricity.

Researchers say the battery can be charged with only 20 micro litres of fluid. It’s also very sturdy and can survive several thousand flexes and bends it might encounter – ideal for a wearable strapped to your wrist.

“Conventional batteries are cheaper and more plentiful than ever before, but they are often built using unsustainable materials which are harmful to the environment. That makes them challenging to dispose of safely, and potentially harmful in wearable devices, where a broken battery could spill toxic fluids onto skin,” said Professor Ravinder Dahiya, who heads the research project.

“What we’ve been able to do for the first time is show that human sweat provides a real opportunity to do away with those toxic materials entirely, with excellent charging and discharging performance.

When could we see this in commercial use?

The actual power generated by the runners was about 10 milliwatts. This is not a lot and it will power your wearable but not indefinitely. You will need to reach for the charger once in a while. Which is still better than being entirely dependent on the standard charging option.

The tech seems promising although it is still in the research phase. The best case scenario is that we see it in applied commercially in a few years. But the team is planning to take forward the research on integrating sweat power into wearable devices. After all, they are the perfect option for such technology as you typically wear them while exercising.

A supplemental sweat-power option would be a bonus, similar to the solar charging ability of some of Garmin Fenix 6 watches. These come with Power Glass which is a transparent solar charging lens that sits on top of the watch face. This converts the sun’s rays into energy which adds an additional 10-15% battery life.

Source: Institute of Engineering and Technology