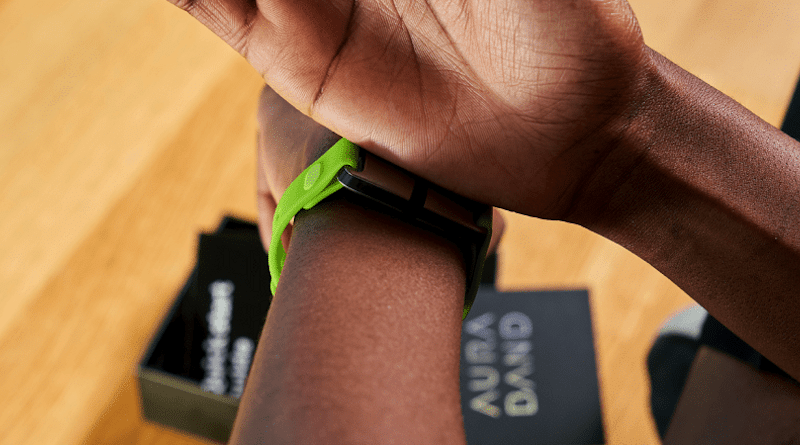 Aura Devices is offering an interesting take on the all-too-familiar fitness tracker with a gizmo that offers bioimpedence analysis. In plain English, this means the wearable is capable of monitoring your body composition and hydration levels.

The fitness band was first offered on a crowdfunding platform in early 2018, but the campaign was cancelled due to a financial goal that was too high. However, the tracker proved popular the second time around. Later in 2018 Kickstarter and Indigogo campaigns were launched which raised a combined $230,000 for product development. 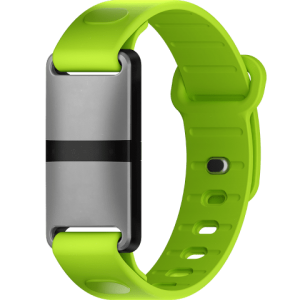 The interest was due to the promise the fitness band will go well beyond the standard activity and heart rate monitoring. Mind you, you still get these metrics. Its just that they are combined with bioimpedence analysis allowing you to monitor your health in more detail.

Just so there is no confusion. The AURA Band does not monitor your body composition and hydration levels around the clock. Instead, by pressing your hand against the fitness tracker you need to make a loop in order to trigger an on-demand reading. The wearable then measures the opposition to the flow of a low-voltage electric current through your body tissues to estimate hydration, fat, muscle mass and minerals.

The wearable has already shipped to Indiegogo backers and the company is now in the process of finalising orders to those who’ve invested on Kickstarter.

The question of the day is, of course, whether the fitness band is accurate. And the jury is still out on that. The company has promised 95% accuracy by the time the wearable is ready to ship to backers. For comparison purposes, professional grade machines promise accuracy of 98%.

The early reviews from backers are mixed as the device seems to be bit glitchy. Perhaps to be expected considering this is a first generation product. Certain features are yet to be released, including HRV and SpO2 measurement, while some users are reporting wild swings in metrics such as hydration and body fat.

Still fresh in our mind is another hydration tracking wearable called LVL. A whopping $1.2 million was raised on Kickstarter to develop the product back in 2016. But what followed were two years of complete silence, until the technology was finally sold to a company called Gideon. To their credit, backers of the crowdfunding project were refunded. 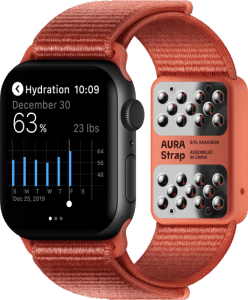 But we are yet to see a wearable that tracks hydration in real time – which was the promise of LVL. There is, of course, Healbe GoBe, the wearable most people love to hate. This is another one with questionable accuracy. It also uses bioimpedence analysis to arrive at estimates of hydration and more. GoBe even spits out info on how many calories you’ve consumed. A third generation is in the works now, that will look like a proper smartwatch rather than the current unwieldy, blocky-looking thing.

Both the Aura Band and strap can be picked up on the manufacturer’s website. The first sells for $179, the second for $99.