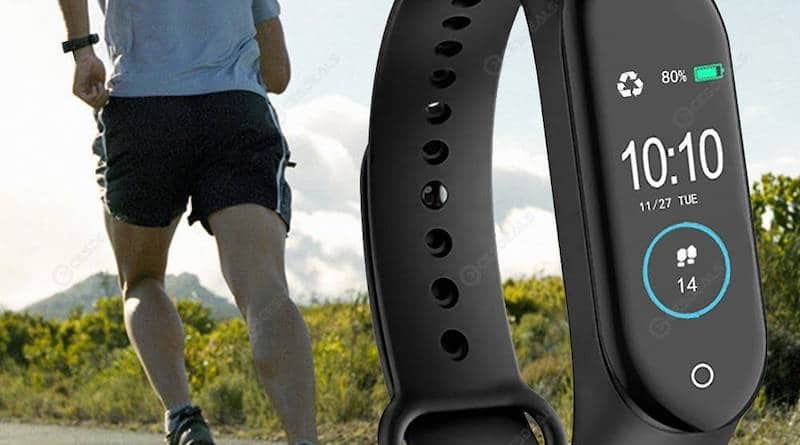 Some ultra-cheap fitness tracking devices have been found to be using imposter heart rate sensors. Don’t fall for this con!

It might sound incredible but some brands are advertising fitness bands with fake hardware. This was found to be the case by CNX Software, a news and information blog covering embedded systems.

They did a hardware teardown of a few $5-$10 fitness bands that are commonly sold at at Chinese retailers such as Aliexpress and Gearbest. As crazy as it sounds, it was found that some of these do not include the advertised optimal heart rate sensor. All they have, instead, are two green LEDs which don’t actually do anything.

To remind, optical heart rate sensors shine a small light against the skin. When your heart pumps, the blood moves through your veins at a quicker rate, causing less light to be reflected back. The wrist worn device will then calculate your heart rate using an algorithm.

A common feature of these fake devices is that they have a Telic TLSR8266 Bluetooth board. The board itself is the real-deal, but for some reason a number of bands that use it have the imaginary heart rate sensor.

One such device identified by CNX Software is the M4 smart bracelet. This is a much cheaper replica of the Mi Band 4. In fact it’s so similar that it’s difficult to tell them apart. But it gets much worse than openly copying someone else’s design!

In addition to heart rate, the M4 is supposed to be able to even measure blood oxygen and blood pressure. Don’t put any stock in those readings. If anything, the tracker might be useful for tracking steps as it does have an accelerometer. Yes, that has been confirmed – it does at least have an accelerometer.

Hardware fitness components have really gone down in price. But it seems when you are trying to sell a $5 fitness tracker, cutting corners can be the norm. Most likely, these devices churn out heart rate values based on accelerometer readings, i.e. if it sees you are moving it will increase your heart rate reading. To put it very mildly, that’s outright dishonest and irresponsible.

So don’t be fooled. If a fitness band is selling for $5-$10, use it as as simple pedometer but nothing more. Better yet, pay slightly more for a budget fitness band. It will set you back $30-$40 which is not too much to ask for a something that keeps tabs on your health!

One thought on “Some cheap fitness trackers found to be using fake heart rate sensors!”