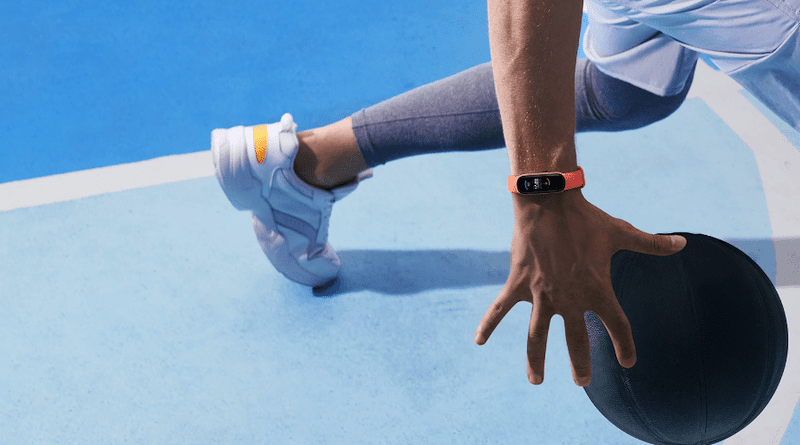 Having passed through the FCC in July, Amazfit Band 5 has been available for pre-order on Amazon for a few days now. The shipping date is listed as September 30th. The wearable is a rebranded Mi Band 5 with the addition of Alexa and SpO2.

We broke the news in early July on a new Huami fitness band in the works. It was revealed on the FCC’s website along with pictures of the packaging. This told us quite a bit about the new activity tracker dubbed Amazfit Band 5.

The confusing thing is that the FCC listing is not the same as the current Amazon listing. Whereas the FCC filing shows packaging which does not list Alexa and SpO2 functionality, it is part of the specs on Amazon.

If that wasn’t enough, Amazfit Band 6 is available on AliExpress and it has the same specs as Amazfit Band 5 on Amazon. Perhaps the first is a region-specific edition, the second an international version.

Having said that, what is clear is that both of these are revamped versions of the Xiaomi Mi Band 5. To remind, Huami is the manufacturer of the Xiaomi fitness device. The fifth generation of Mi Band was introduced in Asia in June and Europe in July. 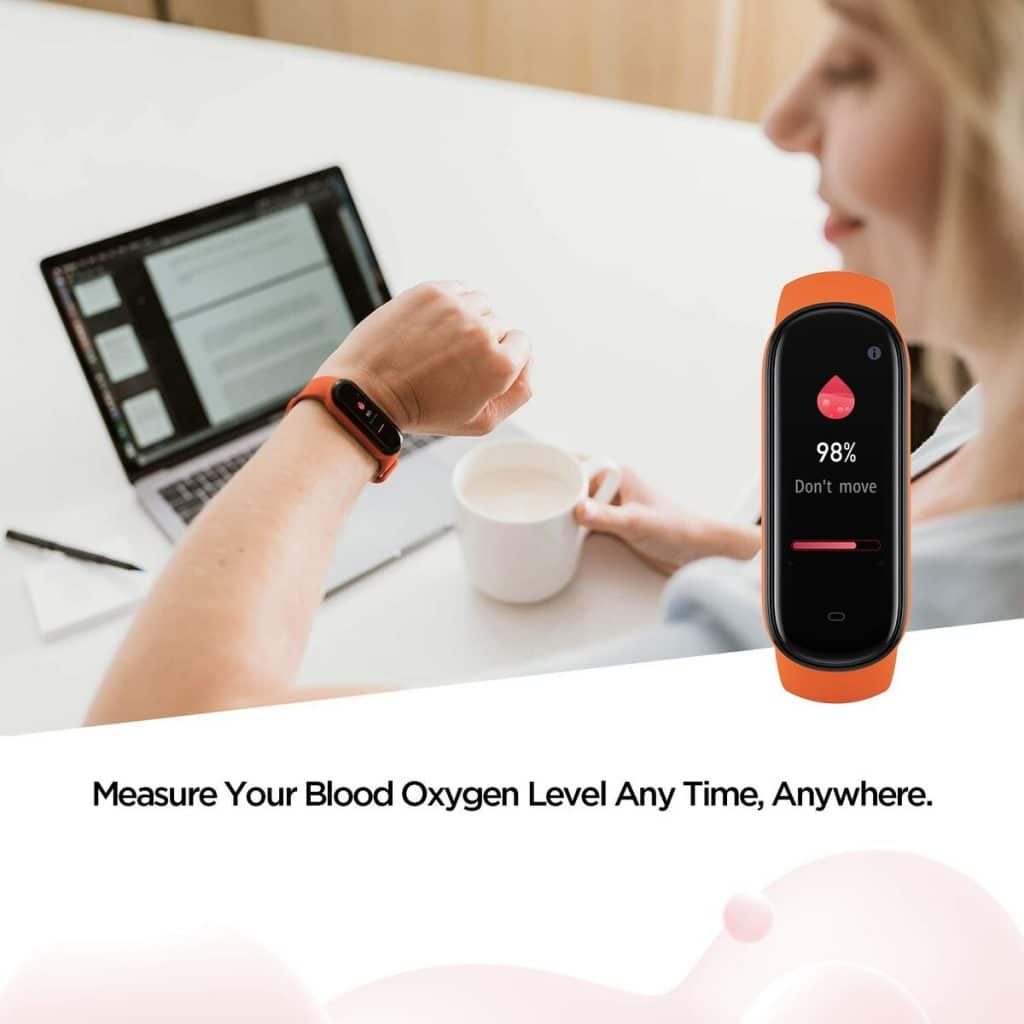 There was talk Xiaomi Mi Band 5 might come in a pro variant that will feature Amazon Alexa and blood oxygen monitoring. However that iteration never surfaced. It seems the functionality was reserved for the Amazfit band. Amazfit already has a significant presence in the US so the business decision might have been to launch the higher-spec version under its name. 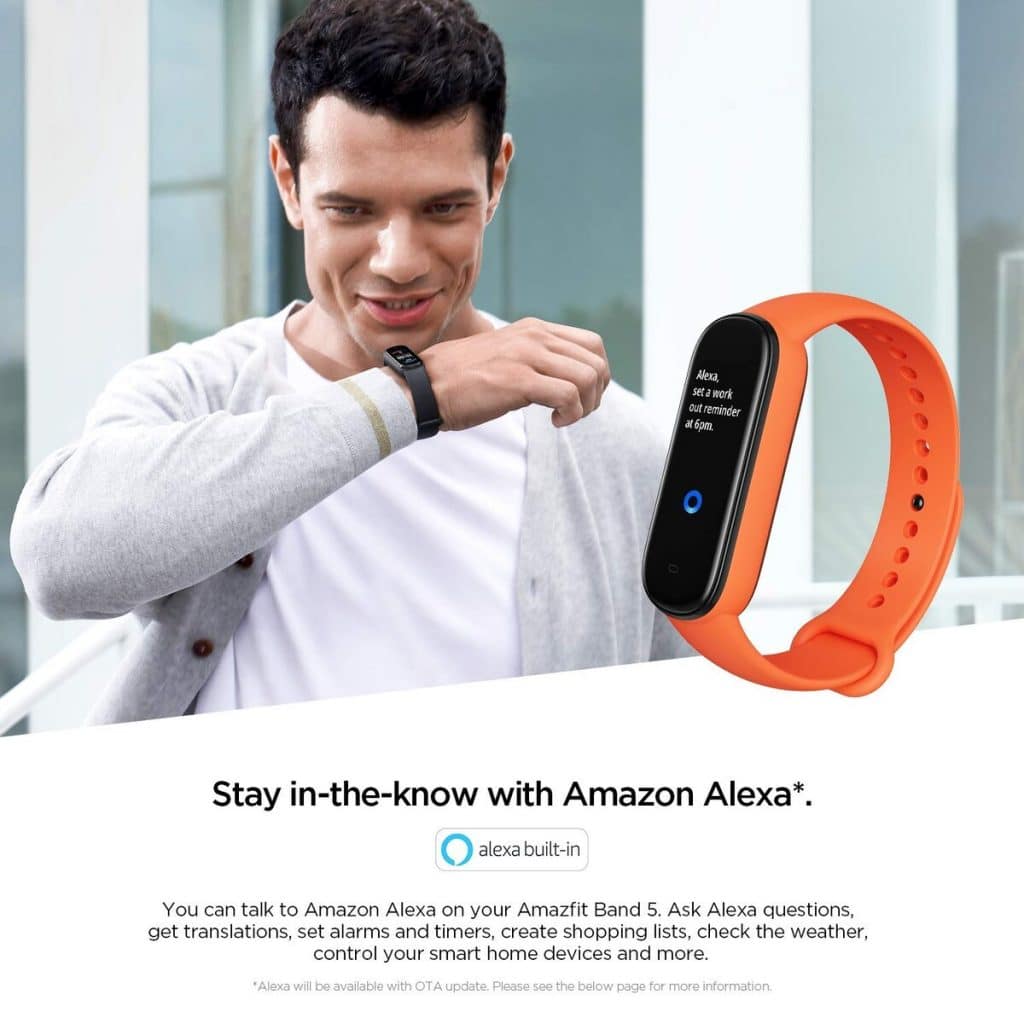 Other than that, Amazfit Band 5 comes with 24/7 heart rate, AMOLED display, 15 day battery life and women’s health tracking. All in all a decent little fitness tracker.

Here are the specifications in full. 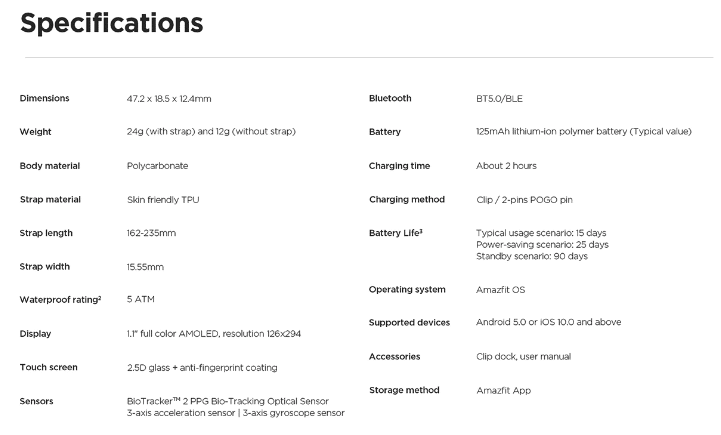 Amazon Band 5 will set you back $49.99 which is quite reasonable considering the specs. For comparison purposes, Xiaomi Mi Band 5 is also in this price range even though it lacks the blood oxygen functionality and built-in Alexa assistant.