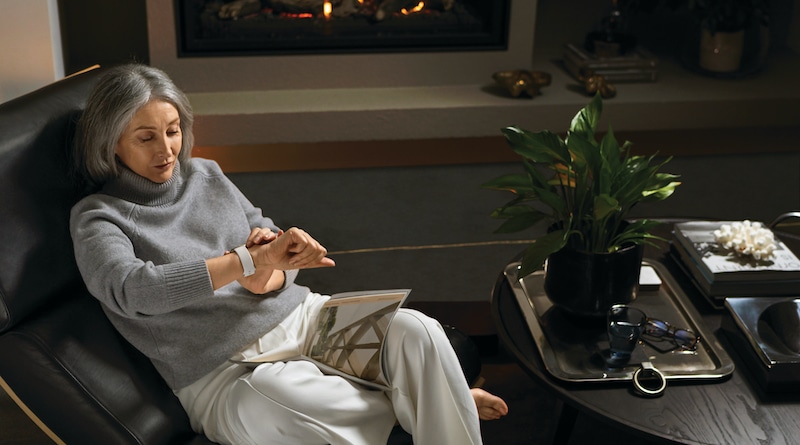 The Google acquisition is yet to secure regulatory approval but that is not stopping Fitbit from churning out new wearables. This includes upgrades to some of its most popular devices.

In the spring Charge 4 was released. It refreshes one of the best selling fitness bands in the world with built-in GPS.

We then had a bit of a gap until around two months ago. That is when Fitbit unveiled a number of other wearables. This includes Sense, a health focused smartwatch that marks the beginning of a new range. Alongside it came Versa 3. It got a GPS boost, larger display and more.

All three of these are very good options for someone after a health and fitness wearable. But which should you buy? Read on to find out.

Fitbit Sense vs Versa 3 vs Charge 4: Hardware and design

Most of the differences between Sense and Versa 3 lie under the hood. Having said that, there are a few subtile ways to distinguish the two.

While both come with the same squarish design with curved edges, Sense has aluminium and more premium metal parts in its chassis. This makes it about 5 grams heavier. As far as the display, it is exactly the same as the one you’ll find on Versa 3.

The Charge 4, on the other hand, is an entirely different animal. It takes the form of a classic fitness band, ideal for someone who wants something more discreet on their wrist. The thing measures 35.8mm x 22.7mm and 12.5mm in depth. The screen does the job but its pretty unimpressive considering it is grayscale and only 100 × 150 pixels in resolution.

You navigate all three of these via the touchscreen and single haptic button. Charge 4 has the latter on the left, Versa 3 and Sense on the right.

The fourth generation in the Charge range is the first to also come with built-in GPS. Its predecessors don’t have this which means they rely on the smartphone for a GPS signal.

Versa 3 has the same tech as Charge 4 but with the addition of a temperature sensor. The most high-spec of the three, though, is Sense 3. It includes all of the above, in addition to an ECG sensor and an electrodermal activity (EDA) sensor. This makes it a much more serious health device.

As you’d expect from Fitbit, at 5 ATM, the trio has excellent water-resistance. The same can be said for battery life. Charge 4 is good for about a week on a single charge, and Sense and Versa 3 a day less. This, of course, drops quite a bit with GPS switched on.

Here’s a table showing the specs in detail.

No point in delving too much on the fitness tracking abilities of these devices. Fitbit is a pioneer in the wearable tech space and has this side of things nailed down. Let’s just say, if you’re after something to track your activity and sleep around the clock any of these devices will suffice.

Now with the addition of built-in GPS, they are also more serious exercise trackers. It means you can leave your phone behind and still get detailed stats and maps of your outdoor runs and cycling adventures. The good thing is that Fitbit has allowed for the Connected GPS option. If you’re running low on battery, switch to this and your wearable will keep going longer.

Versa 3 is not all-to-different in what it can do as compared to Charge 4. The important addition is the larger display which makes it a more user friendly workout tracker. Meaning, you are actually able to read the stats on the go, plus the screen can show more info at the same time. Plus there’s an always-on display option, something you will not find on Charge 4.

The other important addition is the temperature sensor. Readings are taken while you sleep and compared to your baseline value. This is why it takes around 3 days before the functionality kicks in. This year being what it is, a temperature sensor is a welcome addition. The bad news is you will need a premium subscription to access the readings. It runs at $9.99 per month or $79.99 per year after the 3 month trial run expires.

The premium subscription also allows you to access raw HRV data. This is useful for fitness buffs as it gives them an insight into how stressed their body is. A low value as compared to your baseline is an indicator you should take it easy that day. This is also available on Charge 4. But again, you will need the premium Fitbit subscription to access these readings. The table below shows the extras you get for the monthly fee.

Moving on to Sense and we get some more goodies.

For starters, Sense has the ability to measure your electrodiagram. The Apple Watch has made headlines with its ECG sensor a couple of years ago but now other companies, such as Samsung and Withings, are getting in on the fun. To take a reading you’ll need to place your fingers on the corners of the case.

The other novelty is the stress score. It combines info from a number of sources including resting heart rate, HRV, temperature and more. This is put together with info from the electrodermal activity (EDA) sensor (which reads moisture in the skin) into a single figure that ranges from zero to 100. The higher your score the less stressed you are.

As far as non-fitness functions Versa 3 and Sense are the clear winner over Charge 4. Not surprising as they are smartwatches, not fitness bands. What’s common across the range are notifications, the ability to accept or reject calls, and contactless payments via the NFC chip.

However, Versa 3 and Sense has a wide choice of apps you can install, in addition to Amazon Alexa, Google Assistant functionality and the ability to send voice replies. Finally, they also provide access to music streaming services. Charge 4 owners will need to take comfort in the knowledge they have Spotify control.

Fitbit Sense vs Versa 3 vs Charge 4: The bottom line

If you’re after a fitness band, Charge 4 is one of the best options out there. It tracks a wealth of stats, has decent water resistance and battery life, along with a functional design. The built-in GPS is a logical progression over its predecessor.

Versa 3 and Sense are for those that are after something more serious. As smartwatches, they have the benefit of a larger display and additional functionality such as Google Assistant & Alexa, access to various music streaming services and more.

Sense will set you back an extra $100 over Versa 3. For that you get EDA and ECG sensors. These will provide you with a more in-depth look at your health.

It all really depends on what you are after. If you want a smartwatch experience Versa 3 is a good option. Sense will pique the interest of those after all the health tracking bells and whistles. Fitness band lovers won’t go wrong with Charge 4. Especially as it comes with pretty much the same sensors as Versa 3.