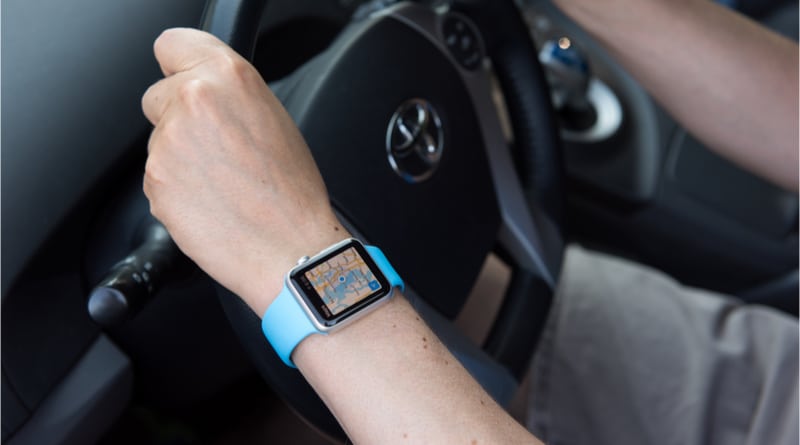 Drivers in the UK are being warned they will soon be subject to hefty fines if they check their smartwatches whilst driving. New legislation is due to come into effect in March.

Obviously it is not illegal to check the time, but as soon as you touch your smartphone screen you could be hit with a penalty. It’s down to the police to determine whether using the device has distracted you from driving.

Some might be wondering why this is prohibited. Statistics show that some 43% of drivers admit to checking their smartwatches while behind the wheel.

When you think about it, using smartwatches can be even more dangerous than smartphones. Such devices are wrapped around your wrist so require that you use your hands and often remove them from the steering wheel in order to check notifications. This may cause you to take your eyes away from the road.

While touching the screen on your phone gets you a £200 on-the-spot fine in the UK and six points added to your license, using your smartwatch while driving will soon set you back £100 and three points. That’s once new law comes into effect on March 25th. Both smartphone and smartwatch use equate to driving without due care and attention.

There’s always the chance a good lawyer could argue that glancing at an alert is no different than glancing at the time. But if the case makes it to court and you’re found guilty, the fine can climb to £5,000 and up to nine penalty points. You can even be banned from driving.

And if you’ve caused an accident because you were distracted by your smartphone, you could be facing even more severe penalties.

“If records show you were texting from a watch, you’ve given police enough material to be able to charge you,” a Department for Transport (DfT) spokesman told the BBC.

You don’t have to be moving to be slapped with a fine either. The same law applies to using the device while waiting for traffic lights to turn.

Although legislation varies, it is illegal to use smartwatches while driving in the US and many other countries as well. A while back, a Canadian student was fined around $300 for looking at her Apple Watch while waiting at traffic lights. In court she said she just used the watch the check the time. This was rejected by the judge who said that smartwatches were a distraction and equated it with a “cellphone taped to someone’s wrist”.

So now you know. Strapping a smartwatch to your wrist while driving is not banned, but improper use could result in a penalty. We therefore urge drivers not to use such devices while behind the wheel, just as we urge them not to use their smartphones. It is really not worth the risk and will make you less of menace on the road.