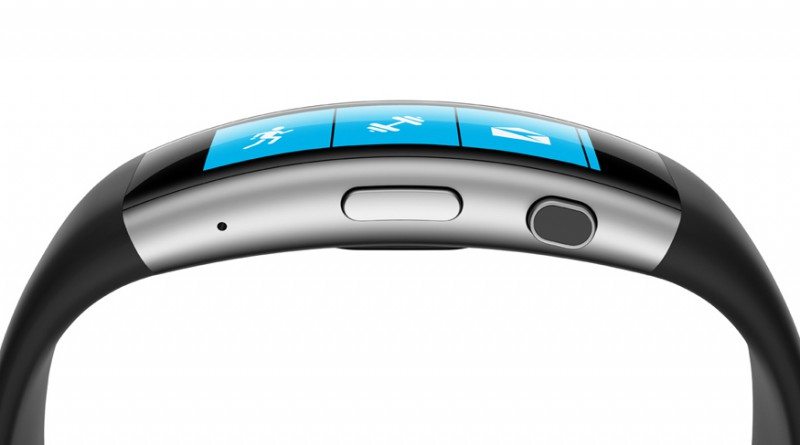 This year, we’ve heard many announcements from the likes of Apple, Fitbit, Jawbone and other big names in the wearables space, but very little from Microsoft. This has however all changed now. Earlier today Microsoft held a media event in New York at which it announced a host of new devices including the Microsoft Fitness Band 2.

The original Microsoft fitness band came out in the latter part of 2014. It is packed with sensors including an optical heart sensor, a 3-axis accelerometer, a gyrometer, an ambient light sensor and a skin temperature sensor. The band tracks steps and activity, offers 24/7 heart rate monitoring, estimates calories and keeps tabs on sleep – all displayed on a decent colour touchscreen display.

The device also offers GPS connectivity – something that Fitbit Charge HR and Jawbone UP3 do not. This means that it is able to track distance with more precision then most wearables on the market today. Additionally, the Microsoft band features some unique technology such as a UV sensor to remind you to put on a sun cream and a sensor to give you a galvanic skin response measurement to let you know when you are feeling stressed.

With an impressive spec sheet that would rival any of the big fitness tracker players you would expect the band to be a winner. Ultimately however, the device was a big letdown in the looks department featuring a flat, chunky design, sitting on the inside of the wrist. A wearable device that does not sit naturally on your wrist and is actually uncomfortable to wear, is fundamentaly flawed.

The Redmond, Washington-based company has now announced the second generation of its fitness band which represents a considerable improvement over the original device. We featured an article recently sporting rumoured leaked images of the device. They turned out to be not far from what the actual device will look like.

According to Microsoft, their second generation fitness device will feature 11 sensors – and includes now a barometre to track stair climbing. Its biggest improvement however is simply in the looks department. According to the images released by the company, a curved display and scratch-proof Gorilla Glass 3 display could make the Band 2 something you would like to wear, rather than the clunky, unattractive device available today.

There is GPS monitoring and all the sensors that were included in the first edition. Finally, the new band can test your maximum volume of oxygen. Microsoft says its the only gadget on the market that can do this.

The band is water-resistant and will work up to 48 hours on a full charge (less with GPS switched on). Below are some images of the new device.

Microsoft’s attempt to build brand excitement doesn’t stop with today’s announcements. Its first flagship store will open in New York City later this month and an international location will open in Sydney in November.