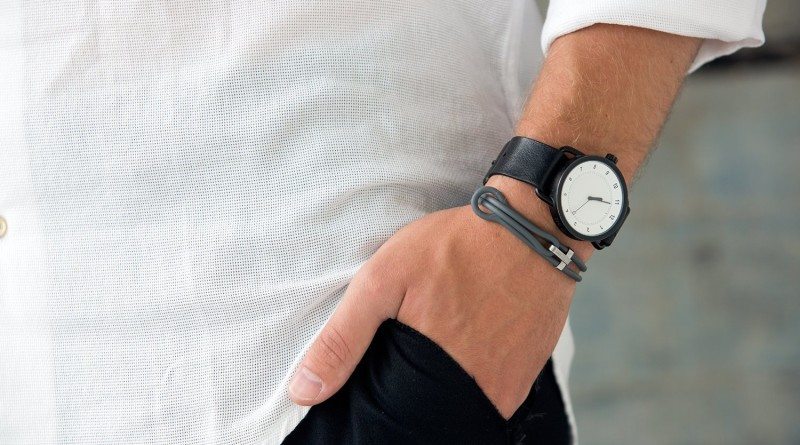 Fitbit retained its global lead with some 4.9 devices shipped during the quarter. It was followed by Apple with 3.9 million, which saw a slight increase from the previous quarter, mostly the result of additional markets and channels coming on line.

It is the Chinese manufacturers however who gained the most ground. Xiaomi’s inexpensive Mi Band buoyed volumes higher during the quarter, with a vast majority of its volumes shipping into China. Since the release of its first smartphone in August 2011, Xiaomi has steadily gained market share. 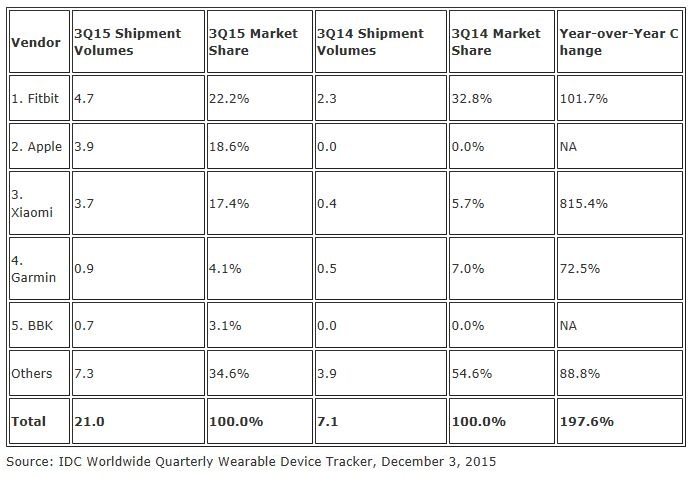 IDC’s definition of wearable devices covers the more ‘traditional’ fitness trackers such as Fitbit and Jawbone to the Apple Watch which offers fitness tracking but is a smartwatch. It is becoming more and more difficult to tell the two categories apart as smartwatches are increasingly offering fitness tracking features, while dedicated fitness trackers are developing the capability to provide smart notifications.

“While there has been clear growth in the wearable market, there has been little sign of product cannibalization. Smart watches have drawn increased attention to the market from the likes of Apple, Motorola, Pebble, and Samsung, but this has not dampened interest in fitness trackers.

By the end of 3Q15, shipment volumes for both product categories increased sequentially and year over year, showing that, for now, the categories can co-exist and grow,” said IDC.

Despite this impressive growth in the number of activity trackers sold, it is questionable how much the wearables are used in real life. A survey from 2014 by Endeavour Partners claims that a third of owners abandon their wearables after just six months, up from 50% in 2013. The same survey conducted in May 2015 showed little improvement.

Are you still wearing your fitness tracker?