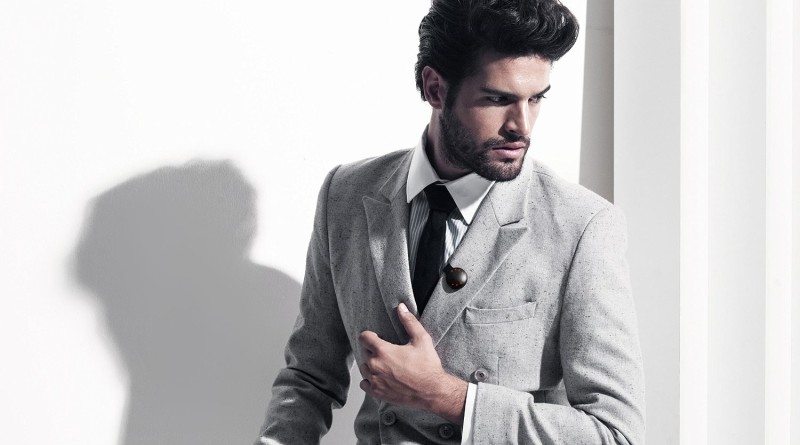 
Misfit has been in the news quite a bit over the past few months. In September, it released the Speedo Shine, a new activity tracker for swimmers. In October it announced its next generation fitness wearable, the Shine 2. In early 2016, it launched its new tracker, Misfit “Ray”, at CES 2016.

As if that wasn’t enough, towards the end of the year Misfit announced a partnership with Fossil, a major fashion designer. The acquisition by Fossil makes sense for both parties. Fossil is well known for its line of watches and jewelry, as well as sunglasses, wallets, handbags, belts, shoes and clothing. The company plans to use Misfit’s technology in Fossil and Skagen products to create more connected devices. By partnering with a company that sells over 50 million watches a year, Misfit will gain a much broader audience than it has enjoyed up unto this point.

Misfit has been around since 2011, but has in this short time become one of the leading wearables brands with its line of sleek and inexpensive activity trackers. With zero cables, an elegant design, and no need to recharge – its staple product, the Shine remains one of the best-looking, lowest-maintenance activity trackers. The release of the Shine 2 in November is the first major update to Misfit’s wearable line-up in two years. These are our impressions of the new device.

The Shine 2 looks very much like its predecessor.  It is however a bit larger in diameter, and also thinner. At only 8mm thick it is Misfit’s thinnest wearable ever.

The round disc, which slips into a rubber band now comes in carbon black and rose gold. You really can’t appreciate how nice it is until you hold and feel the little metal disc – incredibly light. It is coin sized and designed to collect data on your activity, while also offering basic watch functions.

The circle of 12 tiny LEDs now lights up in different colours, showing different patterns to show time, progress and other types of notifications. The LEDs on the Shine 2 are marginally easier to read in daylight than the LEDs on the original Shine, but only just. The device also features a capacitive touch sensor.

The Shine 2 is a mere 9g in weight and made of aircraft grade aluminium and glass reinforced polycarbonate. The tough material guarantees that the Shine will last as long as you need it, especially in high-impact activities like football or skateboarding.

Not all updates are cosmetic in nature. In addition to the standard tri-axis accelerometer, Shine 2 sports a more powerful processor and a vibration motor that acts as a silent alarm and alerts you to important information. It also gives you a nudge if you’ve been stationary for too long, something that more and more activity trackers do. Definitely a useful addition. The device now contains a magnetometer which means that it potentially offers greater accuracy in tracking movement and distance travelled.

Looking more like jewellery than gadgetry, out of the box it can be worn in either a flat-profile silicone wristband, or in a tiny clasp which means it can be hooked to anything, most likely a belt loop or laces on a shoe.

Despite the inclusion of a vibration motor, the Shine 2 has retained the battery life of its predecessor. The device uses a replaceable coin cell battery that will last up to six months. That is far more than most activity trackers, and means that this is one less device you need to worry about recharging. The Shine 2 is also water resistant up to 50 metres so you can wear it all the time.

While the new design was certainly meant to provide subtle improvements to the original device, it ended up with a wristband that did not hold the Shine 2 in place. The original Shine had a tendency to pop out of the wristband once in a while. With the Shine 2, it seems the problem was exasperated. As the Shine is so small, it then become next to impossible to find the device.

Misfit has addressed the issue in early February 2016, and is now shipping the device with an improved Action Clip, which partially encases the Shine. The packaging has also been changed, and the device is now shipped with the Shine 2 already installed into its clip.

Like the original Shine, the new device can monitor steps, sleep quality, calories burned and distance travelled. The Misfit app then takes all of your hard work and turns that data into easy to read charts. You can tag specific activities such as cycling, swimming, tennis, basketball or soccer and track your progress over time.

You can also use the Shine app to set an activity goal. Simply tap the device to view your activity progress for the day. Go full circle and you’re done! The nice thing is that the Shine 2 gives you the ability to see how far you have progressed beyond your goal (up to 3 times your goal) whereas the Shine only told you of your progress up until meeting your goal.

Around the edge is a multicoloured line that represents how far you’ve walked as a percentage of your daily goal. When all 12 lights shine, you’ve reached your daily goal. The lights around the border definitely add to the wow-factor of this unusual looking activity monitor. Through the mobile app, you can activate Watch Mode and with two taps to the face of the Shine, you can check the time, too. The inclusion of color LEDs is a definite bonus as it makes the face easier to read when in watch mode and also just makes the Shine 2 a little more attractive.

Syncing Shine with the app is easy. You’re supposed to tap Shine onto the phone itself, or sync it over Bluetooth from close-by. If the app is open, it will automatically sync with the Shine.

Whenever you want to check your fitness progress, you can either double tap the Shine to visually see how much progress you’ve made throughout the day – or you can use the app to view more detailed data.

With the inclusion of the vibration motor, you can also set Shine up to provide you with text and call notifications. A useful feature which is quickly becoming standard with most new devices. As the Shine 2 is so thin the vibration feature is not as prominent as with some of the other devices on the market, so it becomes harder to feel the vibrations on your wrist. Which means that they may not be strong enough to for example wake you up in the morning. That can be a worry…

If you also use Misfit Link you can sync the device up to do other things, like take a picture or make your phone ring when you’ve lost it or play music from your smartphone. Misfit now also wants you to use the fitness tracker to control your smart home. For example, you can tap its face to pause your music player or integrate with Logitech’s Harmony Home Hub to control your smart home’s lights or locks.

Shine records your physical activity and sleep. It claims to be able to recognise the difference between various different sports, including cycling, swimming, tennis, basketball and football. In practice however, you need to choose the activity manually as there is no automatic recognition.

In addition to tracking your activity level during these activities, it estimates calories burned, automatically tracks sleep, and estimates distance travelled. The Shine 2 contains a 3-axis accelerometer and magnetometer that track body motion depending on where it is clipped.

The analysis side of the equation still leaves a lot to be desired. When you delve in, there is little data to peruse or analyse. A simple graphic shows your steps, calories and miles walked, with  graphs showing goal progress and the points you were most active in the day.

On a positive note, the Shine provides detail on your nightly deep, light and REM cycles. All importantly, the Shine automatically knows when you are asleep so there is no missed data. The low profile means it is comfortable to wear at night, maximising its effectiveness.

Seeing your daily stats like steps, calories, distance and sports activities allows you to see where you are in terms of achieving your goals. A simple tap on the device shows you how far away you are from reaching your daily goal.

The inclusion of subtle vibrations throughout the day to encourage you to move when you have been stationary for too long is certainly a welcome added feature. The Shine 2 is not as motivating as it could be as it has no messages prompting you to move or get active and it has no rewards system. Some might consider this a good thing, but it’s all too easy to forget all about the device.

The Shine 2 is a nice bump in specs over the original device, now that the design issues have been addressed. The fitness tracker has many positives such as zero cables, a sleek look, and no need to recharge. It tracks a good deal of activity, can be worn anywhere as it is very small and light. Other positives include its Bluetooth connectivity, the long battery life, the fact that it is waterproof, the automatic sleep tracking, the low-profile design and the choice of where to wear it. The Shine is also able to sync to Apple Health and a host of third party apps.

Misfit made activity tracking accessible for everyone with the Shine. For people who want to be more proactive about their health and are interested in basic information but don’t want to wear on obvious device – the Shine 2 should be a good fit.

One thought on “Review: Misfit Shine 2, a thinner and smarter‎ activity tracker”