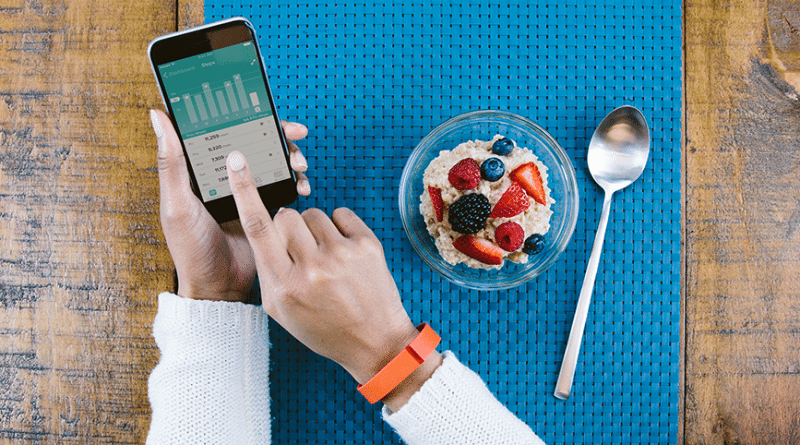 You probably shouldn’t trust your wearable device to provide accurate statistics about how many calories you’re burning according to a new paper published this week in JAMA Internal Medicine. The study shows that when it comes to measuring energy expenditure, many leading fitness trackers can be way off, with a margin of error of about 200 calories per day, with some over-calculating and others under-calculating.

To determine the accuracy of some of the most popular fitness trackers on the market, researchers from the National Institute of Health and Nutrition in Tokyo worked with 9 men and 10 healthy women aged 21 to 50. In total there were 12 fitness trackers in the study. This includes popular consumer devices: the Fitbit Flex, Jawbone UP24, Misfit Shine, Epson Pulsense PS-100, Garmin Vivofit, Tanita AM-160, Omron CalorieScan HJA-403C, and Withings Pulse O2. The remaining 4 devices are more often used in healthcare: Panasonic Actimarker EW 4800, Suzuken Lifecorder EX, Omron Active style Pro HJA-350IT, and ActiGraph GT3X.

The researchers wanted to see how the technology held up next to other ways of recording caloric burn. All 12 devices were worn simultaneously at randomly chosen positions on the wrist, chest and waist. The readings were then compared to two more robust ways of tracking calories: the gold standard, a 24 hour metabolic chamber test (which is a room that’s able to accurately monitor calories taken in and calories burned off); and doubly labeled water methods where each participant collected urine samples over a 15 day period. 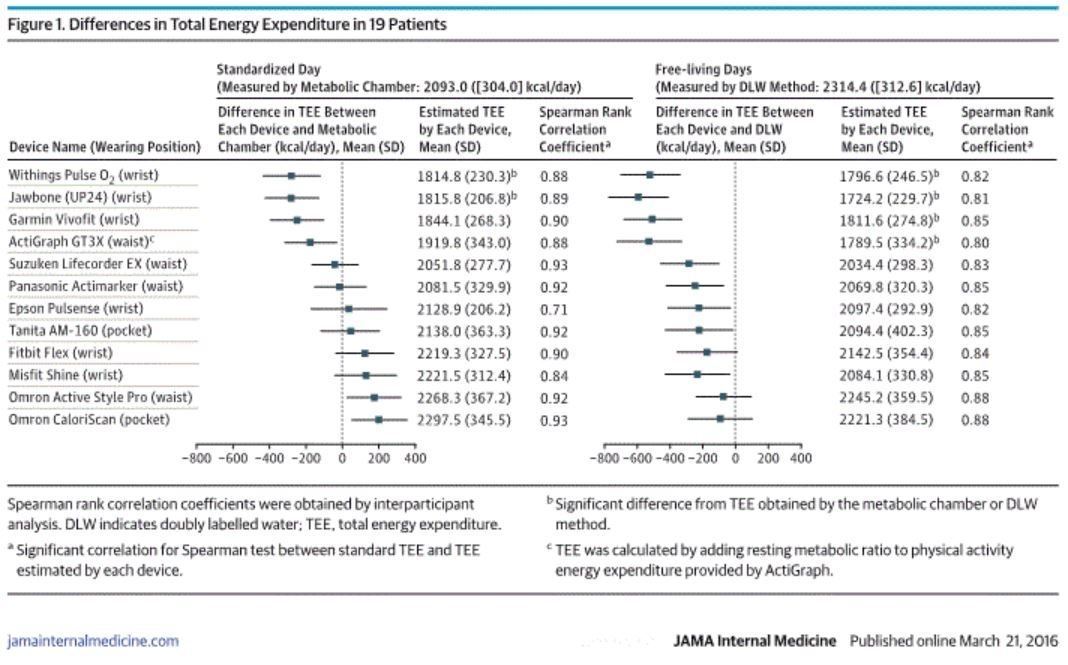 The study noted a few factors that could have influenced the findings, the first being the fact that participants couldn’t wear the trackers all the time. Additionally, the study only tested a healthy weight population. Future studies should include overweight participants as well, according to the researchers.

“Use of health-related apps may pose little risk in healthy persons if the information collected is not used for medical decision-making, but these apps should still undergo basic testing for accuracy,” the paper wrote.

“For mHealth apps that are designed to play a role in medical care, documenting the validity and accuracy of measurements is crucial.”

These findings aren’t the first to call out inaccuracies. A 2015 study led by researchers from the UNC Gillings School of Global Public Health and RTI International, zeroed in on Fitbit and Jawbone and found that the trackers are better at measuring some metrics than others.

“Wearable devices that track physical activity, sleep and other behaviors are growing significantly in popularity. We conducted this review to understand how accurate these devices are.” said Robert Furberg, PhD, senior clinical informaticist at RTI International and co-author of the study.

“Calories burned can be estimated based on your age in years, height, weight, gender and how many steps you’ve taken. All of that is plugged into an ugly equation that spits out a number. That’s where we find the greatest inaccuracies, taking steps away from the primary source,” Furberg told Global News.

To make trackers as accurate as possible, the authors suggest that users wear the tracker in the same position each day and enter personal details like height and weight correctly at initial set-up, and update if there is significant change in weight. If the tracker provides the option, it is also important to correctly calibrate the length of a walking stride.

A Fitbit spokesperson says that the company performed its own internal studies to test its products.

“Fitit trackers are designed to provide meaningful data to our users to help them reach their health and fitness goals, and are not intended to be scientific or medical devices,” a Fitbit spokesman told Global News.

“The success of Fitbit products comes from empowering people to see their overall health and fitness trends over time – it’s these trends that matter most in achieving their goals”.

The most affordable fitness trackers on the market estimate resting caloric burn using information about your weight, height and gender. They then rely on added sensors to estimate how many calories you’re burning when you’re active. There is an advantage to using devices with a heart rate monitor, as these fitness trackers can detect changes in exercise intensity. In general, the more parameters you can have, the more accurate your equation should be.

Wearable devices have become a popular way of tracking calories since someone invented the first calorie counter back in 1977. A number of recent studies have, however, called into question the accuracy of such devices. The important question is – does this really matter? Well, if you are interested in a ballpark figure, then no. But inaccurate information about calories could actually derail many peoples’ progress.