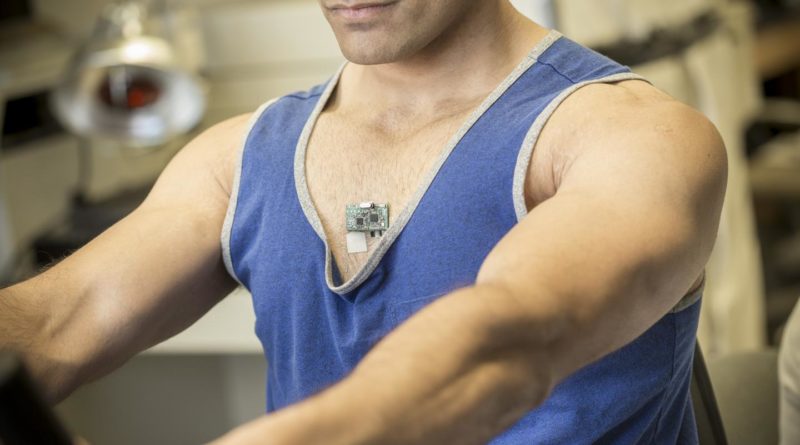 Engineers at the University of California San Diego have developed the first flexible wearable device capable of tracking both biochemical and electric signals while you work out.

The Chem-Phys patch, as it is called, records real-time electrocardiogram (EKG) of your heart’s activity and lactate, a biochemical that helps chart physical effort. The researchers used screen printing to manufacture the patch on a thin, flexible polyester sheet. The device which is worn on the chest communicates via Bluetooth with a smartphone, smartwatch or laptop.

A wearable that is able to successfully monitor lactate levels could have have a wide range of applications. It could, for example, be used by gym-goers and athletes to monitor their workouts, or physicians for closer monitoring of patients with heart disease. Apparently, the research team has already been fielding inquiries from a number of Olympic athletes.

So what exactly is lactate?

As our bodies perform exercise, we begin to breathe faster as we attempt to shuttle more oxygen to our working muscles. During intense exercise, there may not be enough oxygen to complete the process, so a substance called lactate is made. Your body can convert this lactate to energy without using oxygen. But this lactate or lactic acid can build up in your bloodstream faster than you can burn it off. Once the body slows down, oxygen becomes available, allowing continued aerobic metabolism and energy for the body’s recovery from the strenuous event.

“One of the overarching goals of our research is to build a wearable tricorder-like device that can measure simultaneously a whole suite of chemical, physical and electrophysiological signals continuously throughout the day,” said professor Patrick Mercier from the UC San Diego Jacobs School of Engineering.

“This research represents an important first step to show this may be possible.” 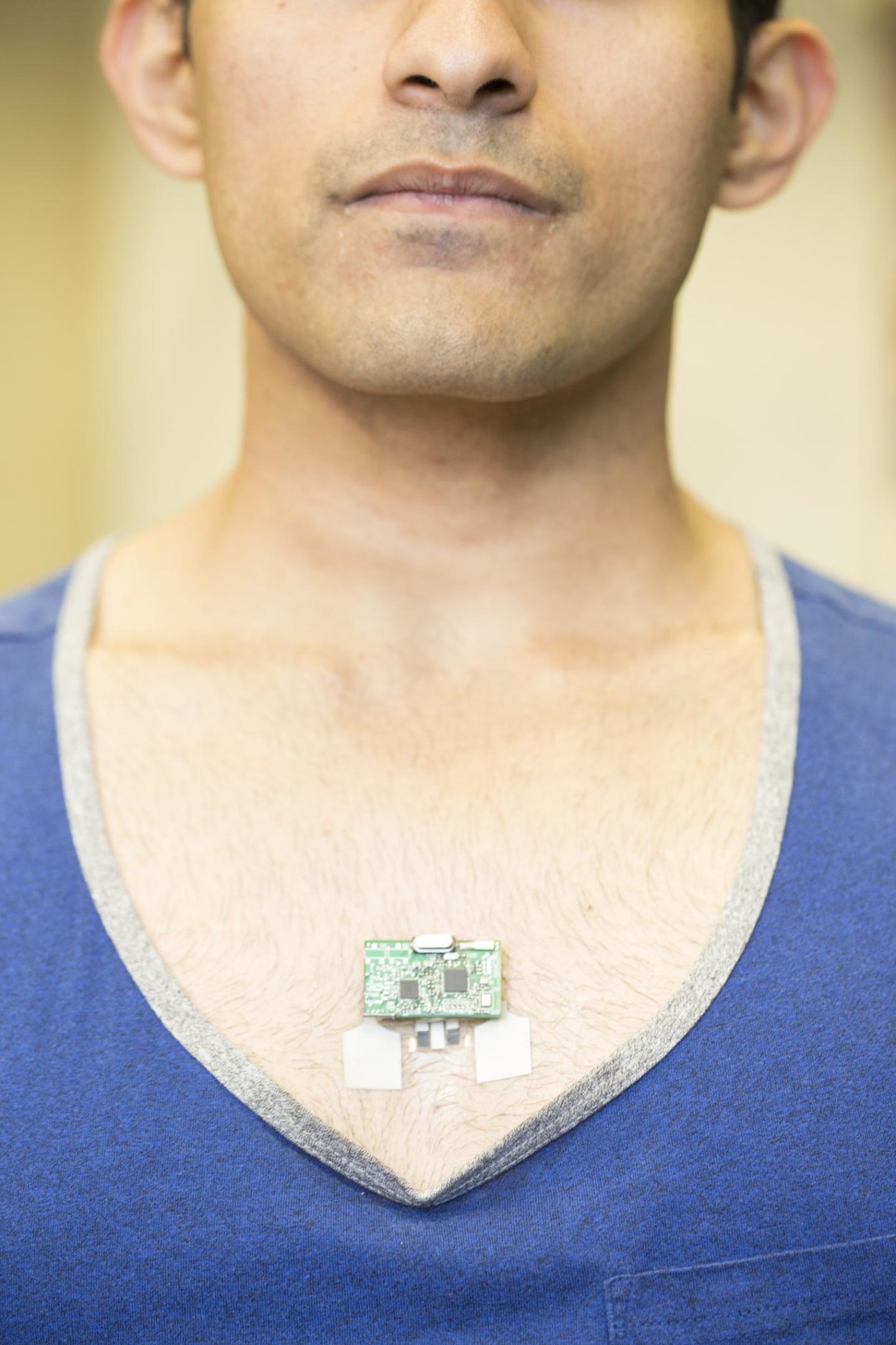 The patch was tested on a number of subjects performing intense activity on a stationary bike while wearing the patch along with a commercial heart rate wristband. The data closely matched, while metrics collected by the lactate biosensor followed closely data collected during increasing intensity workouts in other studies.

Most commercial wearable devices only measure one signal, such as steps or heart rate, and almost none measure chemical signals, such as lactate, Mercier added. The biggest difficulty with creating such a device is ensuring that the signals being acquired don’t interfere with each other.

Next steps include improving the way the patch and the board are connected and adding sensors to measure other vital signs.

You can find more information on the study in the May 23rd issue of the journal Nature Communications.