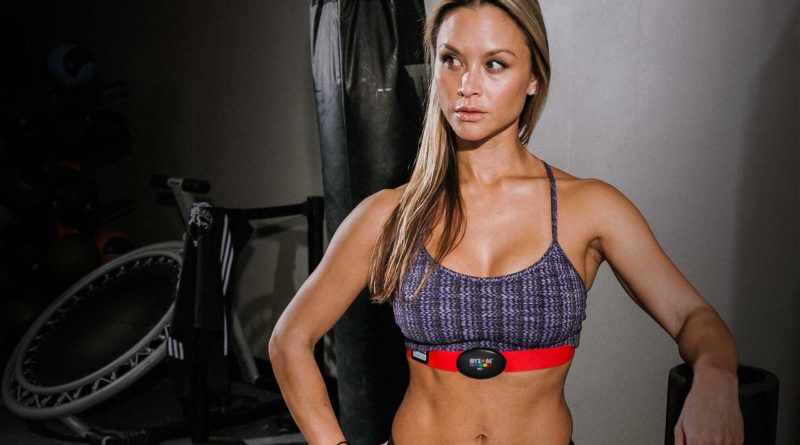 We wrote a number of times about the class action lawsuit filed earlier this year by a group of three Fitbit customers. The company’s heart-monitoring technology was called “wildly inaccurate” and Fitbit was accused of false advertising. The lawsuit alleges that readings “don’t count every beat” and sometimes show dangerously low BPM numbers, which may pose major health risks to certain users.

The lawsuit, however, raises a bigger question. Are wrist based heart rate trackers accurate and can they provide meaningful data when someone is exercising? We got a chance to chat to Emmett Williams, the president of MYZONE about this and other developments in the wearable technology space.

MYZONE has been in the chest strap heart rate monitoring business for a while now, mainly dealing with gyms and health clubs. The company’s latest device, the MZ3, aims to add a level of competition to regular heart rate training. As the name suggests, everyone has different fitness zones that change over time. The MZ3 identifies, rewards and adapts those zones and displays that information in five tiles based on the intensity. It then uses a points based system to turn fitness into a fun exciting game.

MYZONE claims that their chest straps deliver readings with 99.4% EKG accuracy. Which pretty much makes MyZone’s President the perfect person to speak to about some of the benefits of using a chest strap monitor, and the differences in the way wrist-worn and chest worn wearables monitor heart rate.

In light of Fitbit’s legal troubles, there has been a lot of press coverage surrounding the accuracy of wrist based heart rate monitor’s. What is your opinion the accuracy of such devices?

We have recognized that the chest strap can get a more accurate reading than wrist monitors. Fitbit acknowledges that wrist monitors are not highly accurate for certain types of activities. For example, during vigorous activity such as burpees or non-rhythmical movement like swinging a tennis racket, wrist-based monitors cannot accurately track heart rate.

What is your opinion on the lawsuit – a few disgruntled customers, or the beginning of a bigger problem for the likes of Fitbit, Jawbone, etc.

I think that this is just the beginning of the stratification of wearable technology for fitness. Wrist based monitors have done a good job of getting wearables into the mainstream and measuring movement throughout the day. However, for the gym goer, metrics like how many steps you’ve taken in a day are not as relevant, and a heart rate monitor like MYZONE would be a better fit. In the same fashion, we will continue to see new wearables for every type of activity. Runners, bike riders and those who do other exercises will each have a device specific to their sport because there are different relevant measurements for each type of exercise.

It seems that wrist based heart rate monitors are accurate when it comes to measuring resting heart rate. The problems seem to appear with high intensity exercise. Would you agree with this?

I absolutely agree. Wrist based monitors can accurately track resting heart rate, but when it comes to vigorous activity, wrist based monitors have a more difficult time keeping up. Moderate and especially vigorous and non-rhythmical activity throws off readings in wrist based monitors. Some wrist monitors need time to catch up; wearers must wait 10 seconds for the wearable to recover and continue to track movement.

Does this pose potential health dangers or are the discrepancy’s small?

I think that the inaccuracy has the potential to pose health dangers for people who have limitations to how much effort they should be exerting during a workout. For example, someone with a history of cardiac arrest might have to stay in a certain zone to be safe. With an inaccurate wrist based monitor, the user doesn’t truly have a way to know if they are in the right zone. If the monitor is inaccurate, it could encourage a potentially harmful way of exercising.

Has MYZONE conducted any tests comparing chest strap heart rate monitors and wrist based ones? If so, could you provide our readers with the results?

We have seen the interest in a comparison between chest strap heart rate monitors and wrist based monitors, so we are currently conducting a study.

What is the customer base of MYZONE? Professional athletes and those more serious about training, or the average Joe?

The customer base of MYZONE is the gym goer. MYZONE is designed for people who go to the gym for a variety of activities from lifting weights to group exercising. MYZONE measures the lowest common denominator—effort exerted during exercise, which we measure through heart rate. We partner with gyms around the world to do just that.

How does MYZONE see competition developing in the coming years? Are chest strap heart rate monitors here to stay, or will more advanced sensors bring the accuracy of wrist based monitors closer?

The next wave of fitness technology is integrated apparel, where technology will be embedded in clothing. We are already seeing this trend. For example, MYZONE released a sports bra in January and will be releasing a compression shirt late this summer. It’s all about creating a simpler and more effective way of tracking activity, and integrated apparel is the next best thing to the wearable technology we are currently familiar with.

Anything else Mr. Williams would like to convey to our readers?

Tracking fitness or data driven exercise is a growing space; it’s not going away. The key is to choose the device that’s relevant to you and to use it for your own personal goals. Gamification is a hot topic in the fitness industry, and along with social amplification, are the factors that will continue to convince people to use fitness technology. Making a game out of your workout makes exercising more rewarding and ultimately more fun, and connecting with other people and being able to compete virtually with them increases and builds on motivation. In fact, we have found that people who use MYZONE who connect with three other users are three times more likely to reach their fitness goals each month. This is the secret to wearable fitness: let your social group keep you accountable.

If you are interested in giving the MYZONE line a try, check out their website for more information.