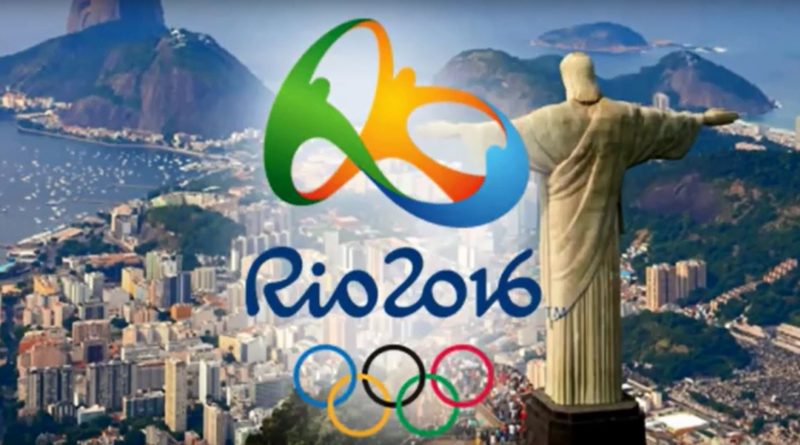 The 2016 Summer Olympics, officially known as the Games of the XXXI Olympiad, are due to take place in Rio de Janeiro, Brazil, from 5 to 21 August 2016. A record number of countries are participating in a record number of sports.

More than 10,500 athletes from 206 countries are scheduled to take part. With 306 sets of medals, the games will feature 28 Olympic sports — including rugby sevens and golf, which were added by the International Olympic Committee in 2009.

With the opening ceremony just days away, we look at how wearable technology will impact this major international multi-sport event.

Some professional athletes have opted for non-conventional means to increase their competitive edge. We wrote recently about a handful of Olympic athletes who are preparing for the games with the help of a new wearable called Halo Sport.

The device, which looks like a pair of overly sized headphones, was first unveiled in February. According to the manufacturers website, “Halo Sport uses pulses of energy to prime the brain, powering athletes’ most effective workouts”. They call this Neuropriming.

Neuropriming uses pulses of energy to signal the motor cortex, improving the brain’s response to training, essentially putting the brain into a temporary state of ‘hyperlearning’. When paired with workouts, Halo Sport accelerates gains in strength, explosiveness, and dexterity.

Others are using alternative means of preparation. For example, some 20 athletes competing in the Rio Olympics, including front-runners like swimmer Ryan Lochte, wrestler Adeline Gray, and beach volleyball team Casey Patterson and Jake Gibb, are training on a sports performance platform called Whoop.

Whoop is the first scientifically-grounded system designed for continuous wear that provides athletes with data to reduce injuries and predict peak performance. Only sold to professionals, the system is now available to the general public.

The important difference between Whoop and a Fitbit or Jawbone is in the analysis. By applying predictive analytics, Whoop helps athletes better understand their bodies and how they recover after a hard game or workout. The ultimate aim of the system is to reduce injuries and predict peak performance.

US Olympic athlete Greg Billington and Portuguese Olympic athlete Vanessa Fernandes are on their way to Rio with the Kinematix TUNE in-shoe monitoring system. TUNE guides you to correct your running technique, minimizing the risks of injury and unlocking your potential. It allows athletes to control relevant parameters regarding distance, time, speed changes and altitude for better running.

Nike is also gearing up to help track-and-field runners with the Nike AeroSwift and Aeroblade. Aeroblades come in a strip of tape that can be placed on the arms or legs ot help channel air around the athlete to reduce the wind drag. AeroSwift on the other hand is part of a runners outfit. Made up of recycled polyester, the kits focus on simplicity within its construction and finished product by eliminating excess material in order to keep the weight to a minimum.

The cyclists participating in this year’s Olympic event will get Solos, augmented reality glasses. These glasses feature a small heads-up display that sows key data during training, including cadence and heart rate.

A number of sports have embraced technology and wearables.

While the game is steeped in tradition, tennis was actually one of the first sports to integrate technology into matchplay. The 2007 Australian Open was the first grand-slam tournament to implement Hawk-Eye in challenges to line calls, where each tennis player was allowed 2 incorrect challenges per set and one additional challenge should a tiebreaker be played.

The tennis technology landscape is already exploding with new and exciting technology. From data collecting sensors, to intelligent courts, video analysis and online platforms and apps.

Essential reading: How technology is changing the game of tennis

Football has only recently embraced technology. The UEFA Euro 2016 employed Hawk-Eye goal-line technology to monitor activity around the penalty area. The aim is to help referees with scoring decisions with the help of seven cameras positioned at each goal.

The 2016 Summer Olympics will be the first time for golf to be played at the Olympics since the 1904 Summer Olympics and it is to feature two events, the men’s and women’s individual events. Amateur and professional golfers alike have started to embrace wearables to improve their game and obtain a competitive edge.

Smartwatch and sensory technology have come a long way in helping golfers hone their skills. Using a GPS watch, for example, can help golfers make better decisions. Tiny sensors placed on gloves or clubs can analyse swings, and some wearables track performance, such as how far the ball travels and how accurate the golfer is on the fairway.

Players are allowed take advantage of wearables or other technology during practice rounds, but they are not allowed to use technology, even cell phones, during the actual competition.

Essential reading: Top gadgets and wearables to improve your game and swing

Technology has also made its way into Cricket, although the sport itself has not made its way into the Olympics. Cricket would, at the earliest, be seeking inclusion in the 2024 Olympiad. Cricket has seen many technological advances that have improved the accuracy and scoring of the game, particularly when it comes to the decision review system.

Finally, wearables will also be at the Olympics to make payments easier. Visa has recently unveiled the first payment wearable ring backed by a Visa account. The device will be distributed to a select group of 45 athletes to use for purchases during the games.

The NFC enabled ring will enable users to pay for goods and services by simply tapping the wearable to any contactless payment terminal. The idea is to make it as quick and easy as possible to make a payment.

Finally, on their way back, some Olympians such as the members of Team USA’s gymnastics teams, will use LumiWave (view on Amazon), a wearable pain-relief device to overcome their aches and strains in Brazil. Although it has been around for more than a decade, this is the first time the strange looking device will be available to the general public.

It is clear that wearables will have a prominent place in the 2016 Summer Olympics. However, this is only a stepping stone to the awesome technology we’ll be seeing in four years time at the Tokyo 2020 Summer games, and beyond.