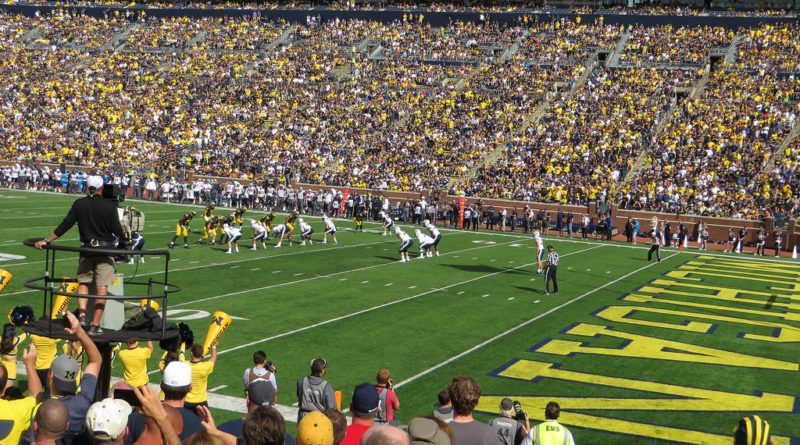 A new 11 year sponsorship deal worth $170 million between Nike and the University of Michigan’s athletic department is raising privacy concernes related to wearable technology, according to The New York Times.

The article says a clause in the contract has the potential to allow Nike to tap into personal data from the players. This includes data from Fitbit like activity trackers, smart clothes, heart-rate monitors, GPS trackers and other devices. Metrics that can be harvested include “speed, distance, vertical leap height, maximum time aloft, shot attempts, ball possession, heart rate, running route”, according to the contract.

Privacy experts and athletes are worried that the clause may harm athletes’ future prospects.

“There’s not a lot of protection for players,” said Tatiana Melnik, JD, according to the Times.

“How does a player know you’re not going to turn around and share this information with the NFL?”

Nike officials said that this won’t be the case. Even though the contract appears to allow for more comprehensive data collection than is typical, it also specifies that the data will be subject to university approval.

Kurt Svoboda, an athletics department spokesman, suggested that the fact that the contract gives Michigan a degree of veto power represents an important caveat.

“We would evaluate each request on its own merits and utilize our approval rights in the best interests of U.M. and our student athletes,” said Mr. Svoboda.

The trend isn’t new in the world of college athletics. The University of Tennessee signed a similar contract with Nike in 2014, while the Australian outfit Catapult has attained numerous American clients over the last few years, including Notre Dame and Florida State.

At the professional level, there are several unions engaged in discussions over wearable technology. League memos sent out by the NBA state that wearable devices are prohibited during games. It would take a joint agreement by the NBA and its players’ union to amend those rules.

Some other professional leagues are a step ahead in terms of embracing technology. For example, MLB has allowed two wearable tech devices for in-game use. The first is the Motus Baseball Sleeve which measures stress on elbows. The second is the Zephyr Bioharness which monitors heart rate, breathing rate, posture, heart rate variability and activity level. The devices will provide benefits to players and teams alike, as they will allow for earlier detection of habits that could lead to potential sports injuries.

Nevertheless, the language in the Michigan-Nike deal is a cause for concern.

“I have to wonder if Michigan knows what they’ve just done,” said Katrina Karkazis, PhD, a bioethicist at Stanford University.

“I don’t know if they’ve seen the size of the hornets’ nest they’ve hit.”