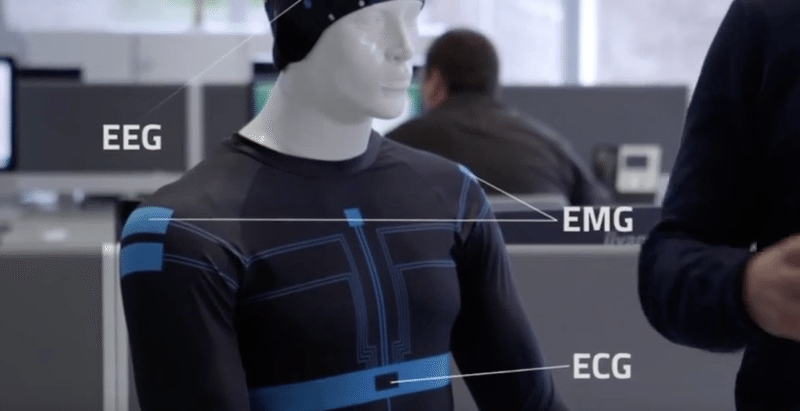 French startups Dataiku and Bioserenity have partnered to create a system that can monitor epilepsy patients at home in real-time.

Epilepsy accounts for 0.5% of the global burden of disease, a measure combining early loss of life and lifetime with degraded health. Those with the condition suffer from recurrent seizures, which are brief episodes of involuntary movement that may involve a part of the body or the entire body, and are sometimes accompanied by loss of consciousness and control of bowel or bladder function.

Approximately 50 million people worldwide and 600,000 people in the UK have epilepsy, making it one of the most common neurological diseases globally. Only about a half of those suffering from the disease receive adequate treatment. A frequent problem is improper or incomplete diagnosis.

The Neuronaute system combines smart clothing equipped with and EEG, EMG and ECG sensors, a mobile app that processes the data, and a cloud platform for analysing the data. All this information can be accessed at any time by the doctor in charge of the patient to tailor the diagnosis to the individual and follow his or her progress.

The system generates an astounding 126 million measurements per hour adding up to about a gigabyte of data for each device. The cloud platform has been developed to be able to cope with up to 10,000 of Neuronaute devices running simultaneously.

The product is not yet available in the United Stats, but it is being deployed in several university hospitals across Europe.

“The project is particularly important to us because it’s enabled us to take part in the development of what could be major transformations for the healthcare industry,” said Florian Douetteau, CEO of Dataiku.

“With Bioserenity, we’re showing that the appropriate use of data could lead to tomorrow’s ever more effective world of medicine and health.”

In other news on the same topic, the Microsoft Band 2 was chosen for a new program called MyCareCentric. The pioneering research will see epilepsy patients wear a Microsoft Band to record data such as heart rate, skin conductance, movement, and changes in body temperature and sleep patterns.

The information from Microsoft Band will be used alongside a log of when seizures occur and a patient’s medical records, to build up a picture of the individual’s condition. The hope is that over time, the software could learn to predict when someone is about to have a seizure.