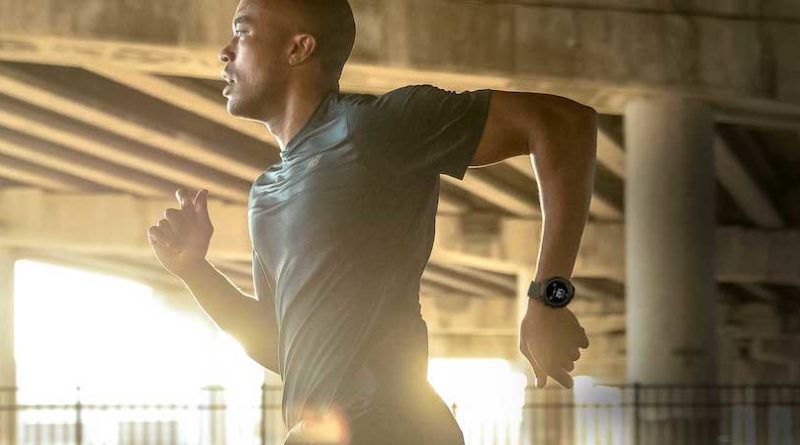 CES 2017 is in full gear right now. With only a day to go, we’ve seen everything from connected bicycle helmets, smart shoe insoles, intelligent pet feeders,  jewelry that lets the wearer pay for items and even a connected walking cane!

Despite a rather lackluster market in 2016, smartwatches are also making their mark.

Sports footwear and apparel giant New Balance announced its first Android Wear watch this week – the RunIQ. The company has teamed up with a number of other big tech names to develop the gadget — namely Google for software, Intel for hardware and Strava for run monitoring.

With built-in GPS for course tracking, you’ll be happy to know you can leave your phone at home. The watch will dish out information on pace and distance, while a heart rate monitor will keep track on your vitals in real time.

The battery runs up to 24 hours with typical use, and marathon distance running time of about 5 hours with GPS and heart rate monitoring switched on. For many people, that may be too short to seriously consider using the RunIQ as a traditional watch.

New Balance also used the opportunity to announce PaceIQ – Bluetooth wireless sport headphones with sound by Jabra. The headphones are designed to pair up with RunIQ for playing back Google Play music directly from the smartwatch.

RunIQ will be available in New Balance stores and other retailers from February 1st. It will cost around $300 and a pair of PaceIQ wireless headphones will launch at the same time for $110.

Casio is at CES with an upgraded version of its PRO TREK smartwatch, dubbed the “WSD-F20”.

Sporting a slightly slimmer design, the new watch adds a couple of essential features for outdoor enthusiasts such GPS and support for offline maps. The device will also be one of the first to run Android Wear 2.0, Google’s new operating system.

This watch is specifically made for outdoorsy folks. It is water resistant up to 50 meters and features a pressure sensor, compass, built-in microphone and times for sunrise and sunset. But, what makes it really special is its ability to offer mapping and guidance, making it ideal for those venturing where cellular service is unavailable. Just like the RunIQ, the WSD-F20 falls a bit short in the battery department. Casio says it will last only about a day.

The ultra-rugged smartwatch will retail for around $500. Its due to arrive on the market on April 21 in Black and Orange color options.

Jewellery giant Swarovski is planning on releasing an its own Android smartwatch in partnership with Qualcomm and Google. A teaser of the announcement was revealed during Qualcomm’s CES press conference at CES.

The device, which will be aimed a female fans, will have Qualcomm’s Snapdragon chipset inside. Apart from that little else is known. Swarovski’s smartwatch will receive an official unveiling in March at Baselworld 2017 – the leading event for the watch and jewellery industry, held in Switzerland every year.

Armani Exchange has made its wearables debut with the introduction of Armani Exchange Connected hybrid smartwatches. This is part of Fossil Group’s push for more of its brands to join its smartwatch lineup. The Diesel, Kate Spade and the Emporio Armani hybrid watches are the latest additions.

Like Fossil’s other wearables, the smart timepieces look and feel like a regular analog watches, but under the hood they house technology which allows them to count steps, distance and calories, monitor sleep patterns and push notifications to your wrist. For more detailed data and to set personal goals, you need to head over to the accompanying Android or iOS smartphone app.

The rugged looking watches come in White, Black, Blue, and Orange color options, and will be available for $175 through the company’s website in February.

Fossil also it is planning to double its wearables production to an unmatched 300 new products in 2017. It will extend its Fossil Q hybrid smartwatch line with Fossil Q Accomplice, which features the brand’s slimmest case to date. It will also introduce hybrid watches and fitness trackers throughout the year from brands such as Skagen and Misfit.

The California-based outfit has been around since 2011, but has in this short time become one of the leading wearables brands with its line of sleek and inexpensive devices. Its known for activity trackers that feature zero cables, elegant designs, and no need to recharge. Misfit has, however, decided to forgo simplicity with Misfit Vapor, and delivered a watch with a digital touchscreen and many other features.

Tucked behind a sleek and vibrant 1.39-inch circular AMOLED touchscreen is an accelerometer, altimeter, gyroscope, optical heart rate sensor, GPS, and microphone. You will get music and GPS straight to your wrist – no phone required. Built-in location services will track your runs and activities while the optical heart rate sensor will monitor your ticker. The watch is also water resistant down to 50 meters.

Misfit plans to begin selling the Vapor later this year for $199. You will get to choose between a Jet Black and Rose Gold finish, both with matching bands.

Garmin has officially announced not one, but three new smartwatches in its Fenix series. The long-anticipated new line is lighter and sleeker than previous models and more feature-packed. Interestingly, Garmin decided to skip the next numeration and jump straight to the Fenix 5, because number 4 is considered unlucky in Japan.

The Fenix 5, Fenix 5S and Fenix 5X come with an optical heart rate sensor, GPS and GLONASS, a bunch of multi-sport activity modes, daily activity tracking, and smartphone notifications. They are all equipped with easily interchangeable QuickFit bands. The 5X is the daddy of the bunch and also offers mapping features.

In terms of sizes, the 5S is down from a diameter of 51.5mm on Fenix 3 to 47mm. The 5S is Garmin’s first Fenix watch designed with the female sports enthusiast in mind. It sports a smaller footprint for smaller wrists – 42mm diameter. The Fenix 5X has a 51mm diameter to accommodate the additional functionality. Unfortunately, the bumped up specs are reflected in the price.

Finish outfit Suunto, announced a new sports-watch this week – the Spartan Wrist HR. This is the company’s first sports watch to feature optical heart rate tracking from the wrist. To achieve this, Suunto partnered with Valencell, a US based company specializing in biometric sensors.

The new watches are a welcome addition to its popular Spartan line which made its debut in the summer. The rugged watches are designed for outdoor enthusiasts, and are capable of monitoring over 80 different sports. They come equipped with GPS, fitness tracking, outdoor navigation, smartphone notifications, and much more. No built-in heart rate tracking though – until now.

Spartan Wrist HR will be available in three colors sometime in the spring. It will retail at around $650.

One thought on “Smartwatches galore at CES 2017”