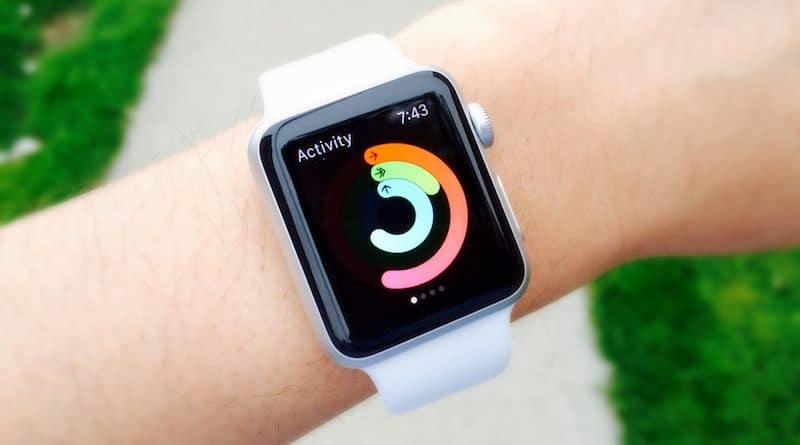 Fitbit may be working on a smartwatch but for now you are limited to one of its eleven fitness trackers for monitoring steps and calories. The company still sells all of these, although some of the older devices such as the Flex, Charge, Charge HR and now the Alta, have been superseeded with new versions.

Apple, on the other hand, is on generation 2 of its smartwatch. Speculation is rife that a third generation is coming this fall although it is not clear yet what improvements we can expect to see. The third quarter is also when we are expecting Fitbit’s first smartwatch to arrive. The San Francisco manufacturer has pushed back delivery from an initially planned spring release date due to manufacturing difficulties.

If you are in the market for a fitness wearable right now you may be wondering which device you should opt for, the Apple Watch Series 2 or Fitbit’s best selling Charge 2 device. Read on for a comparison of their features.

Launched in September last year, the Charge 2 retains the look and feel of a typical Fitbit wearable. It comes with an upgraded design featuring an OLED display that is four times larger than its predecessor. There is a single button on the left that you can use to wake the tracker and page through the menu. You can also wake the display up by turning your wrist towards you, while single-tapping the top of the screen will let you cycle through the stats.

The screen shows your activity and the time, and can be personalized using a variety of clock face options. There is also a line of interchangeable bands so you can find the one to fit your personal style.

You will find the PurePulse heart rate sensor on the underside of the device. It sticks out a bit but once its on your wrist it does not feel uncomfortable. In terms of sensors there is also a 3-axis accelerometer, a vibration motor and an altimetre.

The past has thought us, the second generation of an Apple product is always a big step up from the first one. While the Cupertino company didn’t deliver a significant design refresh in 2016, new components in Apple Watch Series 2 make it better, while software upgrades makes it smarter and more useful.

The 2nd generation smartwatch is slightly thicker than its predecessor, and there is a new air vent on the side. Compared to the small B&W screen on a Fitbit Charge 2, the Apple Watch display is a thing of beauty. The screen is two times brighter than on Apple’s first generation device, so it’s easier to see when in bright, direct sunlight. If you use the device for outdoor workouts, you will appreciate this change. Series 2 also adds more case and style options.

Under the hood of the wearable, Apple has upgraded its innovative System in Package (SiP) with the S2 chip. This boosts performance by up to 50%. A new GPU has also been added, which delivers up to two times greater graphics performance.

Launching apps is faster, restarting the Apple Watch is faster, doing pretty much anything else is noticeably faster. The virtual assistant Siri actually becomes useful now, faster at addressing queries and more accurate at understanding you.

Although you could technically wear the previous Apple Watch in the shower, you are finally free to read your emails while taking a bath. Yes, the device is water resistant, and it comes with its own Pool Swim workout mode. The company has developed all-new algorithms to count laps, track average pace and auto-detect stroke type to measure active calorie burn. It even locks onto GPS when your arm is above the water for more precise data.

Fitbit is slightly behind the curve here, and the Charge 2 is only splash-proof. Perhaps the San Francisco outfit is saving that for next year’s version. If you are on the lookout for a water resistance tracker from the Fitbit range, the Flex 2 is still your only option.

Apple’s technical specifications suggest the watch has enough juice to run for up to two days. GPS in particular will drain the battery. Sadly though, most days you will still need to charge your Apple Watch Series 2 overnight.

Fitbit puts Apple to shame on this measure. The Charge 2 tracker lasts up to 5 days on a single charge.

Both devices can track steps, distance, calories, and show you how many minutes you’ve been active during the day. In addition to this, the Charge 2 will count floors. They also display notifications for incoming calls, text messages and calendar alerts. However the much larger screen real-estate on the Apple Watch makes communicating with the rest of the world a much more enjoyable experience.

The Apple Watch offers two fitness apps: Activity, which monitors your daily routine; and Workout, which tracks running, cycling and walking sessions. All of this info is regularly synced to the Health app, so you can keep your fitness and other health related information in one central location.

Apple has attempted to make the watch a more serious rival to Garmin and Polar. Its integrated GPS is great news for runners. This means the watch will record precise distance, pace and speed for outdoor workouts such as walking, running or cycling, without needing an iPhone. And we already mentioned the waterproofing.

Fitbit doesn’t have integrated GPS. Instead it has something the company calls connected GPS. This essentially means that the Charge 2 is able to tap into your smartphone’s GPS to better track distance and location. Its not the perfect solution but its better than nothing. This means, however, you will need to have your phone on you during those runs.

In terms of other fitness tracking features, Fitbit goes a bit further than the Apple. While both wearables allow you to manually start a workout (so you can see your real-time target heart rate zone and optimize your sessions for fat burning, a fitness boost, or performance benefits), Fitbit can automatically recognize select exercises and log them in the Fitbit app. Activities are recorded when you’ve been active for at least 15 minutes, but that time can be manually adjusted according to your preference.

Another feature that you will find on the Charge 2 but not on the Apple Watch is Cardio Fitness Level. This is calculated based on VO2 Max values and shows how you compare to those of the same age and gender.

The Charge 2 will also dish out stats on your resting heart rate. Outside of any specific ailment, a lower resting heart rate correlates very closely to a state of greater general fitness and health. Its heart rate monitor is continuous, whereas Apple Watch Series 2 will take a reading every 10 minutes, unless its in workout mode when its continuous.

Furthermore, the Charge 2 has automatic sleep recognition. Which means, all you have to remember is to wear your tracker to bed. You will even get information on how long you spend in Light, Deep, and REM sleep stages each night, and get advice on ways to improve your kip time.

Its baffling that Apple still doesn’t have a native sleeping app. You can opt for third party software, but you will need to remember to manually switch the app on in the evening, and off in the morning.

A feature that you will find on both devices, are Guided Breathing sessions, or as Apple calls them the Breathe app. This is a relaxing mindfulness experience designed to encourage users to take a moment in their day to do deep breathing exercises.

As its a fully featured smartwatch, the Apple Watch Series 2 goes much further in terms of non fitness related functions. There are thousands of third-party apps you can install. The new WatchOS3 operating system represents an important strategic shift and finally makes interacting with the device a pleasure.

All native apps now have their own watch face complications, even if they don’t display any information. If you want quick access to the weather conditions or latest news for example, you can display those. Tapping on a complication opens the respective app. The ability to launch favorite apps instantly means its easier to interact with the device.

The second important navigational difference is the new Dock. Pressing the side button now takes you through to the dock with your recent and favorite apps. Previously, it took you to a largely unhelpful rotary dial of quick contacts. The change means you can now easily access your most frequently used native and third-party apps, and have the latest information in the app already updated and ready for viewing.

So which of the two should you opt for? Well, it really depends on what you are looking for.

The design, hardware and software updates mean the Apple Watch is finally getting closer to where it should have been all along. Buyers should no longer be considered early adopters. If you are a runner or swimmer you will appreciate the GPS connectivity and waterproofing.

The Charge 2, on the other hand, is similar to other Fitbits – there is no ground-breaking new technology on board. Instead of adding a host of new features, Fitbit is focusing on what it does well, and improving on it.

If you are very serious about improving your fitness, right now Charge 2 brings more to the table. Particularly when you take into consideration that it sells for less than half the price of an Apple Watch.

For the average person who is after a solid 24/7 activity tracker, and who does the occasional run here and there, the Charge 2 checks all the boxes. If, on the other hand, you are looking for a fully featured smartwatch, there are few wearables that can rival Apple.