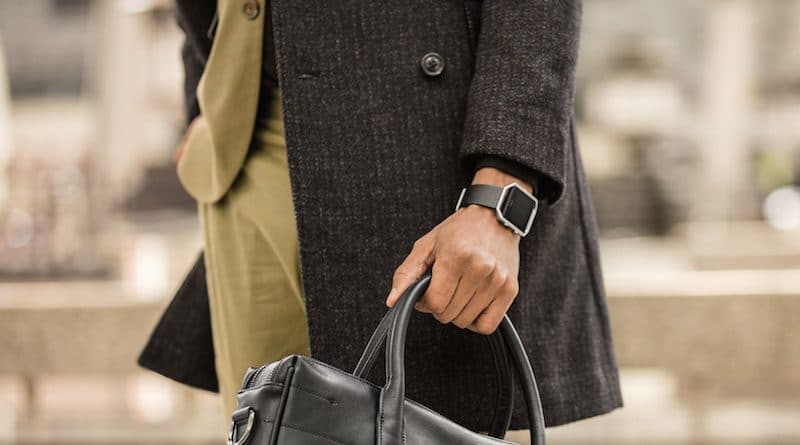 Following its acquisition of Pebble and Vector, as well as the Coin payments platform, Fitbit has made it clear it is looking to enter the smartwatch space. According to inside sources, the company is likely come out with a feature-packed device that will include a high-res colour display, built-in GPS, heart-rate monitoring, contactless payments, on-board storage for music and four days of battery life.

But Fitbit’s effort to build a smartwatch is proving difficult going. The company’s first fully fledged intelligent time-piece has reportedly encountered issues integrating third-party apps. This is in addition to problems with GPS and issues around making the watch fully waterproof. Combine these challenges and you get the reason for the six month delay of commercial launch to sometime this fall.

If you are looking for a smartwatch from Fitbit, at the moment the closest thing you’ll find is the Blaze activity tracker. But, while the Blaze has many of the features you’d find on a smartwatch, it does not support any third party apps. So it sits somewhere between a fitness tracker and a smartwatch.

Fitbit now offers a total of eleven different devices for tracking steps and calories. The Charge 2 is its flagship wearable and best selling fitness tracker. So how does the Blaze compare with Fitbit Charge 2? Here’s our view.

The Charge 2 retains the look and feel from its predecessor and can still be recognised as your typical Fitbit wearable. The device is much narrower and more discreet than the Blaze.

You’ll find an OLED display which shows your activity stats and the time, and can be personalized using a variety of clock face options. The Charge 2 has is a single button on the left that you can use to wake the tracker and page through the menu. By single-tapping the top of the screen, you cycle through the stats. You can also wake the display up by turning your wrist towards you or by double-tapping the display.

Those who like to personalise their fitness gear will be happy to know that Charge 2 comes with a line of interchangeable bands. You simply pop the bands on and off. Total time to change from one look to another is under 10 seconds.

The Blaze on the other hand looks a bit like the Apple Watch, only thinner. Fitbit’s first wearable with a color touch screen sports a hexagonal face with with stainless steel casing and an elastomer band. The scratch resistant screen measures 31.75mm diagonally, with a display area of 25.4 x 19 mm. The display offers 16-bit color at a resolution of 240 x 180 pixels.

The Blaze has a fairly unisex design, that may be slightly more popular with men due to the size of the device. Weighing only 43 grams, however, it is light and comfortable enough to forget it’s there.

The watch comes in a bunch of colours and is designed with a satin finish, stainless steel body. And just like the Charge 2, it comes in a range of bands of different colors and materials. Bands can be removed using quick release spring bars while the tracker module simply pops out.

Although there are three physical buttons, you can perform most actions on the touch-screen. There is a button on the left side that functions as a home and back command. The two buttons on the right are contextual, performing different actions such as volume control. They can also be used to select exercise options which can be useful if, for example, your hands are wet so are not registering on the touchscreen.

The Charge 2 and Blaze uses similar motion sensors. This includes a 3-axis accelerometer, optical heart rate monitor, altimeter and vibration motor. In addition to this, the Blaze has a 3-axis gyroscope and an ambient light sensor.

Fitbit says the Charge 2 and Blaze last up to 5 days on a single charge, and we found this to be true in our testing. This is decent battery life, no doubt helped by the lack of GPS. To refuel the Charge 2 plug the proprietary charging cable into a USB port, connect it to your tracker making sure everything is properly aligned. Charging the Blaze requires removing the actual module from its housing and placing it into a cradle.

Waterproofing seems to be the norm these days and we are seeing more and more device packing a swim friendly design. Fitbit unfortunately is slightly behind the curve here, and the Charge 2 and Blaze are only rain, sweat, and splash proof. If you are on the lookout for a water resistance tracker from the Fitbit range, the Flex 2 is still your only option.

There is very little that separates the Charge 2 and Blaze in terms of activity tracking features. Both can track steps, floors, distance, calories and sleep. They also feature the company’s PurePulse continuous, wrist-based heart rate sensor which allows you to see simplified heart rate zones for quickly checking exercise intensity during workouts. These zones can help you optimize your workout by targeting different training intensities.

The optical heart rate sensors take a heart rate reading every few seconds during the day and every second during workout sessions. This should, in theory, give wearers relatively accurate measurements.

Both the Charge and Blaze also automatically recognize select exercises and log them in the Fitbit app. It can be easy to forget to log an exercise, so a feature that does it automatically is useful. Activities are recorded when you’ve been active for at least 15 minutes, but that time can be manually adjusted according to your preference.

You can also start a workout manually from the device, so you can see your real-time target heart rate zone and optimize your sessions for fat burning, a fitness boost, or performance benefits. The Blaze offers the additional benefit of displaying workout summaries, instructions and coaching directly on the display.

Fitbit has yet to produce a wearable with integrated GPS. The Blaze and Charge 2 use something called connected-GPS, which is a fancy way of saying the wearables tap into your smartphone’s GPS to map your routes and deliver real-time activity stats. But you will need your mobile device nearby to use this feature.

Fitbit has recently introduced new sleep features. ‘Sleep Stages’ uses accelerometer and heart rate data to more accurately estimate how long you spend in Light, Deep, and REM sleep stages each night. The app sifts through the stats and offers advice on ways to improve your kip time. The more you wear your tracker to bed, the more personalized insights you may receive. 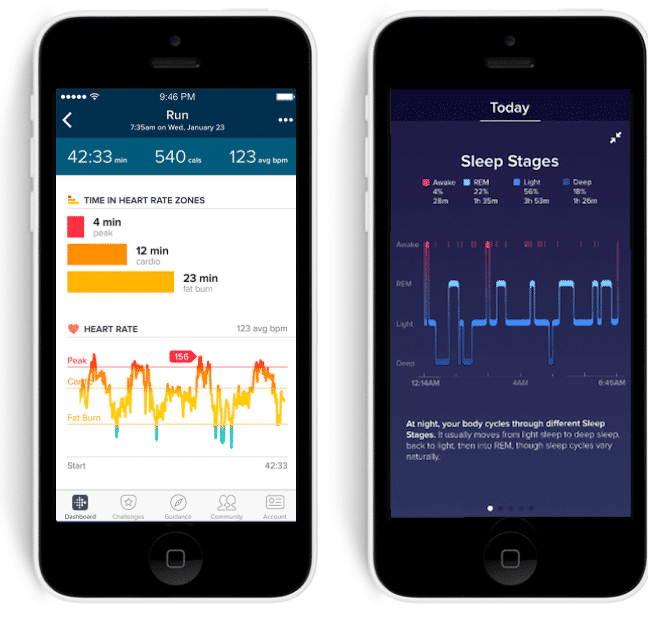 Sleep mode kicks in from your movements. Which means, all you have to remember is to wear your tracker to bed. When you wake up, sync your tracker to see last night’s sleep stats on the dashboard.

A new feature that Fitbit has introduced in the latter part of last year is called Cardio Fitness Level. The metric gives you a snapshot of your fitness level using a personalised Cardio Fitness Score. This is based on your estimated VO2 Max that is calculated using your user profile and resting heart rate. The Cardio Fitness Level shows how you compare to those of the same age and gender, and ranges from poor to excellent. This is essentially a new way to monitor your overall fitness over time.

The Charge 2 always had this feature, and from March this year Fitbit upgraded the Blaze firmware to include this functionality. This firmware update also added Guided Breathing Sessions, a feature that up to now was exclusively available on the Charge 2. This is a relaxing mindfulness experience that calms your body and mind through personalized deep-breathing sessions called “Relax”.

Finally, both the Charge 2 and Blaze display notifications for incoming calls, text messages and calendar alerts. The Blaze goes further though and shows notifications from your favorite apps on screen. Its much larger screen real-estate makes viewing notifications a much more enjoyable experience. The Charge 2 only shows snippets, while the Blaze provides you with the full message.

While it doesn’t play music, the Blaze also allows you to control your smartphone’s music playlist. You can pause, go back and skip tracks, which is helpful because it means you don’t have to take your smartphone out of your pocket when working out.

Despite its looks, the Blaze is very much a fitness tool rather than a smartwatch. And there is definitely a market for this sort of wearable as indicated by its Amazon reviews. It covers the basics well, and offers a wide range of essential vitals stats. From March this year, the tracker became a little more feature-packed with the introduction of Cardio Fitness Level and Guided Breathing Sessions.

Retailing at around $50 less than the Blaze, the Charge 2 is one of the best value for money fitness trackers you can buy today. For the average person who is looking for a solid 24/7 activity tracker, it ticks all the boxes.

There is very little that separates the two devices in terms of features, which means it really comes down to the design. If you are looking for something more low-key, the Charge 2 is the way to go. Want a larger, interactive display and music control? The Blaze should be your choice.