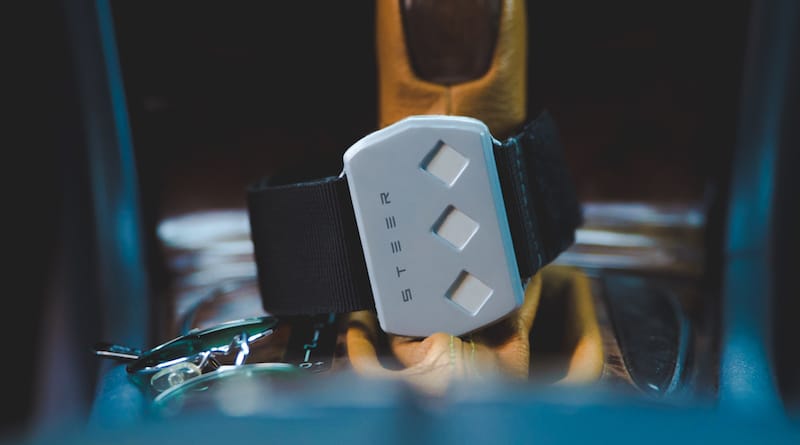 Steer is built with road safety in mind. Engineered to pick up on any sign of drowsiness, the wearable will give you a nudge with a vibration and gentle electric impulse whenever it suspects you are falling asleep.

According to the World Health Organization, worldwide road traffic injuries cause more than 1 million deaths per year. That works out to one person killed every 25 seconds. Statistics show that about a quarter of these are caused by driver fatigue, leading to on average 30,000 deaths each year, 10,000 deaths in USA alone. Despite this, few of us really take the time to think about these grim statistics.

Drivers who are drunk or sleepy are at least twice as likely to be responsible for a vehicle accident compared to their well-rested or sober counterparts. A French study from a couple of years ago concluded that drowsy driving was “almost as bad as drinking and driving.”

“These numbers are shocking.” –says Vlad Ilyin, creator of Steer.

“With Steer you will become much safer on the road and we really want you to be safe.”

Steer uses 16 highly accurate sensors to detect your level of drowsiness by analysing your heart rate and skin conductance (galvanic reaction of the skin). These same sensors are used in a polygraph tests by police.

The wearable reads your condition every 2 seconds, and when it detects you are becoming tired or drowsy, Steer will give you a nudge with strong vibration and yellow light. The device also detects micro sleep, i.e. when a person dozes off for up to 30 seconds. These situations can also be dangerous as the person behind the wheel is unconscious and does not respond to any environmental sensors during this time.

We can see that the wearable can be very useful for long interstate journeys as well as those early morning commutes to work. Not to mention the potential use to long haul truck drivers and public transportation personnel.