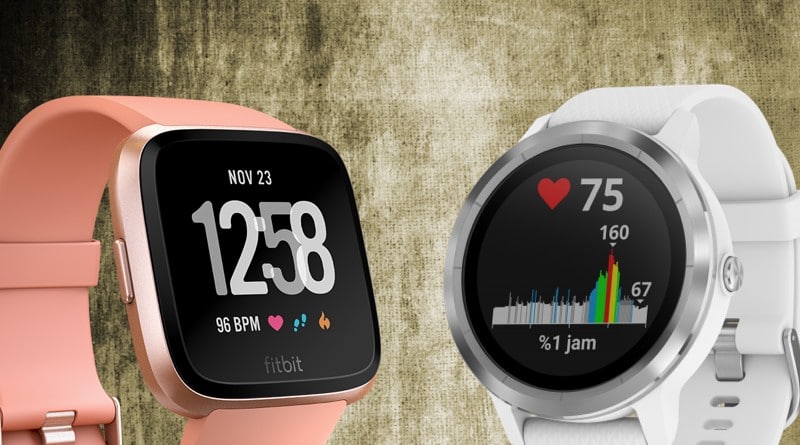 With many companies shying away from fitness trackers, the competition is getting tough in the smartwatch space. Garmin and Fitbit are arguably two of the biggest names, along with Apple, Xiaomi and Samsung.

Fitbit first fitness smartwatch, the Ionic, was released in October to a lukewarm response and fledgling sales. The more recent Versa, however, has received a much better reception. With its stylish design, its now competing head to head against Garmin Vivoactive 3 and a number of other devices.

Garmin has been in the sports-watch game for a while now. Its Vivoactive 3 is a purpose-built device for consumers who are interested in running, cycling, swimming, golfing and more.

Here is how it stacks up against Versa.

When it comes to design, Versa and Vivoactive 3 couldn’t be more different. The most obvious distinction is that one has a square watch face, the other a round one.

Fitbit’s second smartwatch retains the overall look of the Ionic but, with its subtle design and rounded corners, it has a much more modern wrapper. With a watch width of 39mm, depth of 11mm and weight of only 38 grams, this is a fairly lightweight device. Its core unit is built from strong and lightweight 6000 series aerospace-grade aluminum. You navigate via the touchscreen and three physical buttons on the sides.

To compete with the Apple watch Fitbit has, once again, dished up a screen with increased pixels and amplified brightness up to 1000 nits. In terms of actual specs, Versa has a hi-res 300 by 300 pixel LCD touchscreen with a screen real-estate of 34 mm (1.34 inches).

So you can customize it to your liking, Fitbit’s smartwatch comes with swappable bands. They can be attached using quick release spring bars while the tracker module simply pops out.

Quite rightly, Garmin has realized that it needs to build more attractive devices in order appeal to a wider customer base. And on that count, the Vivoactive 3 does not disappoint.

Its classy round design is more in line with Garmin’s Fenix and Forerunner range. Measuring 43.4 x 43.4 x 11.7 cm and coming in at only 43 grams, this is unisex sports watch. Navigation is a combination of using the single physical button on the right and swiping on the touchscreen.

The 30.4mm (diameter), sunlight visible, transflective, memory-in-pixel (MIP) screen is very vibrant and easy to read. It comes with a 240 x 240 pixels resolution.

An important difference between Versa and Vivoactive 3 is that Garmin’s tracker has an always-on display, whereas Fitbit’s screen is off by default in order to preserve battery life. Fitbit’s display is more high-res though. Both are stylish in design and lightweight, so should appeal to men and women equally.

Versa also comes with something Fitbit calls a relative SpO2 sensor. This measures blood oxygen levels and could be used to identify sleep apnea in the future. We have yet to see it put to real-world use so far. And Vivoactive 3 comes with a thermometer for measuring outside temperature.

However when it comes to hardware, the GPS on the Vivoactive 3 is the most important difference between the two. This is particularly important for runners, as it allows them to leave their phone behind when exercising.

You will be able to go for a week between charges on Vivoactive 3. This is ideal for extended periods of time in the remote areas. Unsurprisingly this comes right down to 13 hours with GPS enabled.

The Versa, on the other hand, will keep going for around 4 days. Which is still pretty good, particularly when compared to the dismal battery life of the Apple Watch.

In order to become a true 24/7 fitness tracker, water resistance is essential. With their fantastic 5 ATM (50 meter) water resistance rating, both trackers easily fulfill this criteria. They’ll track your swim sessions, too, with lap count, duration, calorie burn and more.

Those interested in 24/7 fitness tracking will not go wrong with either of the two devices. They both dish out all the basics including steps, distance travelled, floors climbed, active minutes, calories burned and activity. In the morning the accompanying smartphone apps will provide you with detailed info on sleep. The apps are very different in design, but both do a decent job in providing you with your info.

You’ll also get motivational messages throughout the day and optional move reminders. There is automatic activity recognition which means you’ll get credit even if you forget to log a workout.

The optical heart rate sensor provides you with real time info on heart rate zones during exercise and info on your resting heart rate in the morning. You’ll also get your Cardio Fitness Level (VO2Max) assesment and there are breathing exercises to help keep you chilled.

Now to the differences.

As mentioned, thanks to the built-in GPS Vivoactive 3 is capable of phone-free exercising. When running you will get info on your pace, distance, elevation, split times and your routes mapped out. You will need to rely on GPS on your phone to see real-time stats like pace and distance and record a map of your route on Versa. Built-in GPS is important, but only if you need it as it increases the price of the wearable.

Vivoactive 3 also has more performance metrics for sports tracking and comes with all-day-stress monitoring. The tracker does the latter by measuring heart-rate variability. A score between 0 and 100 will let you see how much of your day is spent experiencing stress. There there is Garmin’s Strength Training activity for the gym rats. This is a combination of manual tagging of activity and automatic counting of reps.

In the spring, Fitbit will come out with its new Female Health Tracking feature. This will allow women to see how their periods impact different aspects of their lives, everything from sleep to activity levels. This is the first time we are seeing such a feature on any device.

When it comes to non-fitness features, its clear as day that neither of these two come even close to the Apple Watch. But they give it a decent attempt with notifications (calls, texts, calendar events push notifications from your favorite apps), an app store and music control.

Versa goes a bit further with 2.5GB built-in storage for music. This is enough for around 300 songs and is an important point in Fitbit’s favour. The two also have an NFC chip which stores credit card information so you can leave your wallet behind.

Versa and Vivoactive 3 are fully featured fitness watches which pack a lot under the hood. You won’t go wrong with either of them as they are well suited for tracking your fitness 24/7, and are also swim proof.

Vivoactive 3, however, comes with some extras. The most important is the built-in GPS which may make a difference to runners. Other differences include its all day stress monitoring and Strength Training activity for gym rats. With its support for a wide range of activity with detailed metrics, Vivoactive 3 also shines when it comes to sports tracking.

Versa has a few things going for it as well. It comes with a simpler user interface, great app, better social features and Fitbit’s new Female Health Tracking functionality. And lets not forget the built-in storage and ability to save music on the device itself.

When it comes to design, the two devices are very lightweight and should appeal to men and women equally. Vivoactive 3 has a round face, always-on display and a slightly better battery life. Versa is square and has a more high-res screen.

Which of the two should you opt for? If you are an avid runner GPS will probably be important to you, in which case Vivoactive 3 would be the obvious choice. If not, Versa’s lower price will probably be more appealing. Design is also important so your choice might really come down to personal taste. 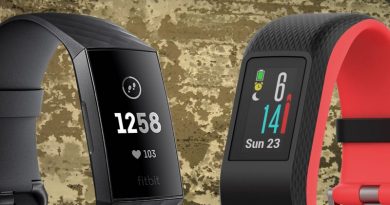 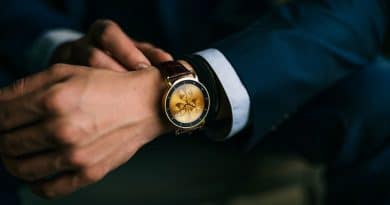 How to fix text/call vibrating notifications on a Fitbit