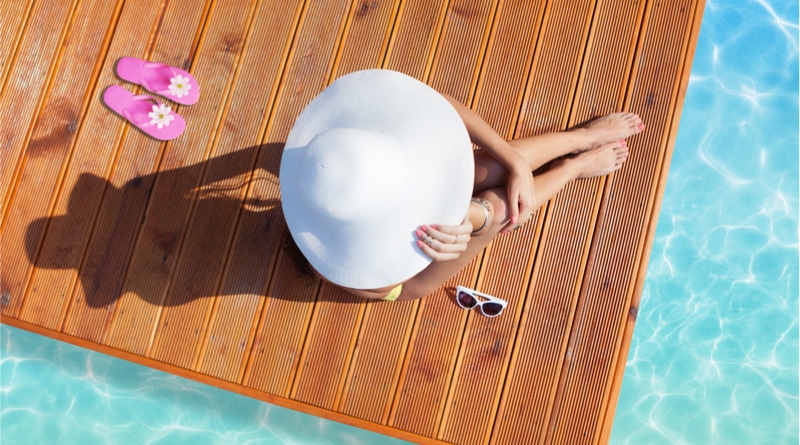 Essential reading: Smart UV monitors, stay safe in the sun with one of these gadgets

Suntan, freckling and sunburn are all familiar effects of over-exposure to the sun, along with a higher risk of skin cancer. We would be severely damaged by ultraviolet radiation if most of it was not filtered out by our Earth’s atmosphere. However, its not all bad news as the UV spectrum also has beneficial effects on human health. Ultraviolet, for example, is responsible for the formation of bone-strengthening vitamin D.

Although UV sensors already exist, they are few and far between. While there are a handful of devices many are expensive and need thorough calibration. This might all change soon, though, if scientists from the Royal Melbourne Institute of Technology (RMIT) in Australia have they’re way. They’ve created a cheap, wearable device that keeps tabs on UV exposure.

The technology uses a new type of ink created by mixing phosphomolybdic acid and lactic acid. The first is a chemical scientists use to stain cells with dye, the second is created by muscles after exercise. The ink is invisible but turns a blue color when exposed to the sun as reported today in the journal Nature Communications. The color varies depending on the length and intensity of exposure.

The technology has been modified so that its appropriate for different skin tones. By applying transparency film filters over the ink, the researchers were able to design six sensors for people with different skin color. 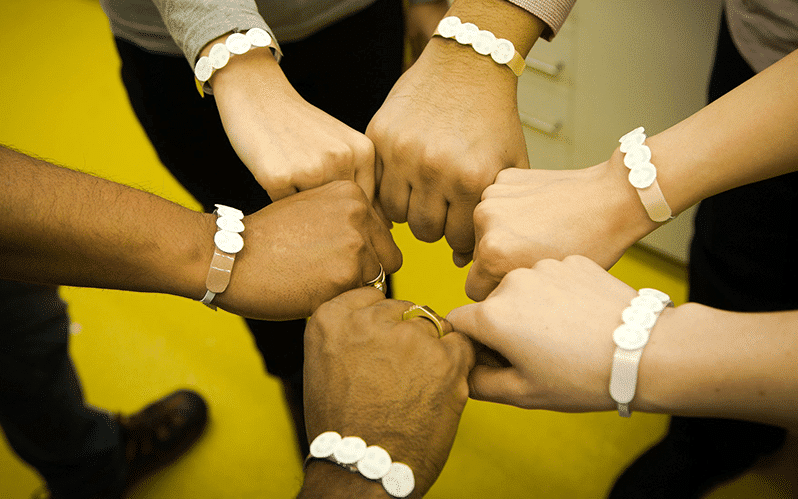 The disposable sensors are inexpensive to make and should retail for just $1.

“We can print our ink on any paper-like surface to produce cheap wearable sensors in the form of wrist-bands, head bands or stickers for example,” said Professor Vipul Bansal at RMIT university.

Researchers from RMIT are working on a flexible band that features four smiley discs attached to pieces of filter paper. The smileys from left to right will begin to appear blue as your sun exposure increases. You’ll know its time to head for the shade when you see the wrist band frowning at you!