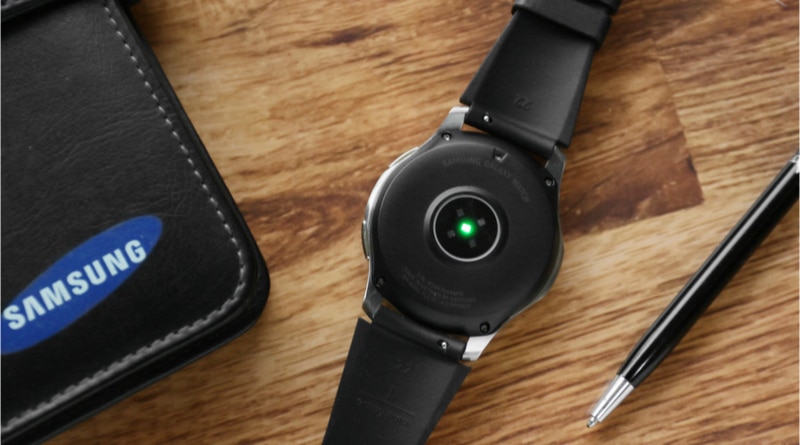 Samsung may be working on a smart timepiece that has a separate analog mode according to a just published patent.

For those not in the know, hybrid or analog watches combine classical looks with today’s smart technology. Such devices keep tabs on activity, some monitor heart rate and a few deliver notifications from connected smartphones.

This is one of up and coming trends, and many wearables manufacturers are jumping on the bandwagon. A new patent suggests Samsung may soon join the fray.

The filing was published by the USPTO (United States Patent and Trademark Office) on October 30th, and originally reported by LetsGoDigital. It goes into quite a bit of detail on technology that combines a touch display with mechanical hands.

This sounds very similar to the LG Watch W7. Launched about a month ago, the timepiece comes which physical needles on the display that tap into highly precise quartz movement to show the time. They light up for night viewing and can also display additional information such as altimeter, barometer, stopwatch, timer and compass directions. Behind the needles is a touchscreen display that runs Wear OS.

One of the benefits of this combination is battery life. Once the smartwatch element runs out of juice, the battery will keep the analogue bit ticking along for a few more days.

The main difference between Samsung’s device and LG Watch W7 is that instead of the top, the needles on Samsung’s hybrid sit below the transparent touchscreen. There’s a physical crown as well. Like on a traditional watch, it can be used to set the time and alarm.

The patent further details the watch would sport two batteries. Presumably, one would be used to power the smartwatch element, the other for the analogue hands.

Interestingly, the filing also suggests the hybrid would have a digital camera placed at the top of the bezel for taking snaps from your wrist. This would be a first for an analogue watch. What’s not clear is whether the timepiece would run on Samsung’s Tizen, Google Wear OS or something entirely different.

It’s important to note, the existence of a patent is no guarantee the idea will come to fruition. The original filing dates back to 2015 so a real-world product may be some time away. But it does show the Korean tech giant has aspirations in this area.