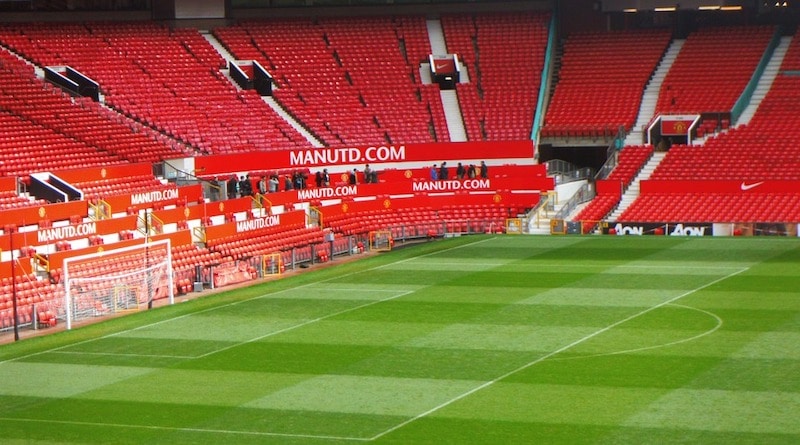 Manchester United was the only Premier League team not to use GPS sensor technology while under the guidance of recently sacked Jose Mourinho.

Professional soccer teams around the world are increasingly using data-tracking technologies for training purposes. The plethora of stats these gadgets churn out can be used to optimize player and team performance, as well as reduce the risk of injury.

More than 1,800 teams, including Ajax, Bayern Munich, Boca Juniors and Chelsea use Catapult Sports PlayerTek sensors. Another big name is Irish GPS firm STATSports. Its monitoring technology is widely used in the Premier league. A recent deal will see STATSport sensors deployed to about 70,000 pitches and 50,000 coaches in China over the next two years.

FIFA is, to this end, looking to establish a global wearables standard. The use of such technology could also open a whole host of possibilities for broadcasting, allowing fans to view in-depth player statistics.

But while GPS sensors are now seen as a key factor in achieving performance objectives on the pitch, it seems ex-Manchester United coach Jose Mourinho was not a fan. In fact, the “Special One” stopped using the tech at the first team level shortly after he arrived at Old Trafford in 2016.

He preferred his staff monitored players fitness by using intuition rather than hard statistics. It was only when his long-time assistant Rui Faria was replaced by Stefan Rapetti at the end of last season, that the team started to re-introduce STATSports technology.

Unfortunately this did not stop Mourinho’s team from having a poor start to the season by their standards. The team has only recently climbed to 6th in the league, but is a massive 19 points behind first-place Liverpool and 15 points behind its long-term rival Manchester City.

“I think it is a great tool for physical coaches and for me as a manager to set parameters on the physical work we do during the week,” he said.

“Obviously we have physical measurements after the games and after that we plan next week’s training again. Getting all the little details you think you can see but don’t really know. All the facts we need, and all the data we get, is really useful in the planning of weekly and monthly training sessions.”

Previously only available to professionals, such technology is increasingly being made available at the amateur level. A range of wearables exist that offer detailed insights on preparation, performance and recovery. Many will tailor the advice to a soccer player’s age, gender, position, and training schedule, and some will even give tips on aspects such as nutrition and sleep.