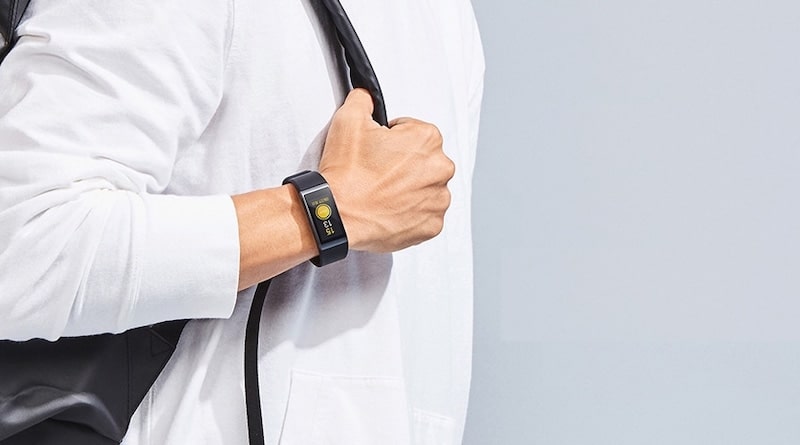 Amazfit Cor is Huami’s Fitbit competitor. In our review we found the device provides pretty much everything an average person needs in terms of 24/7 activity tracking (apart from a floor count). Its not super-sophisticated but it does the job well and works seamlessly. What perhaps surprises most is the accuracy of data which is not something you’d expect in a low cost wearable.

The second generation tracker has now received FCC’s stamp of approval. The picture below show the design will not be too different, although a larger screen seems to be on the cards with a touch sensitive bar at the bottom. Just like on the original version, this will probably be a color display. And like the Mi Band 3, Cor 2 will support gesture control.

You can view other images on this link.

Going by model number A1813, Amazfit Cor 2 supports Bluetooth 4.2 BLE and is compatible with smartphones running Android 4.4 and iOS 9.0 or later. The Lithium Polymer battery only has a capacity of 160 mAh, which is a bit odd considering its predecessor has a 170 mAh battery that can keep everything ticking along for around 12 days between charges. The gadget will be charged using its own magnetic pad.

Water resistance, on the other hand has received a healthy boost – from 5 ATM from IP68. It seems Amazfit is all about water-proofing this year, as Bip 2 has received a similar upgrade.

That’s pretty much all the info we have so far. The release date and cost of the fitness tracker has not been revealed yet, but we’ll update this article as and when we hear more.