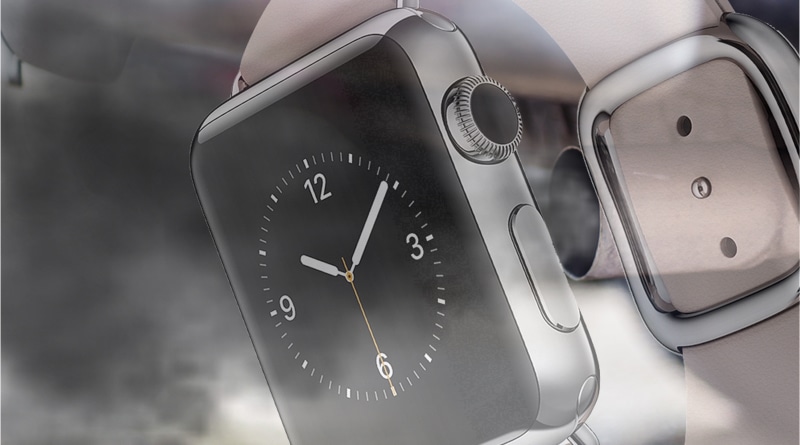 Apple is considering adding a poison gas sensor to its future Apple Watches, iPhones and iPads. The new tech would be capable of detecting carbon monoxide (CO) and other harmful chemicals.

Unfortunately, breathing unhealthy air has become an inevitable part of daily life for many of us. Microscopic particles too small for the eye to see are released into the air from cars, trains, power plants, factories and other sources.

If you’re not worried about CO safety, perhaps you should be. This is an odourless, tasteless and invisible gas. Breathing it in can make you unwell, and it can kill if you’re exposed to high levels. In America, it causes 20,000 visits to emergency rooms every year, along with 400 deaths.

When the gas enters your bloodstream, it mixes with hemoglobin preventing oxygen from reaching your tissues and organs. Needless to say, this causes the body’s cells to die. Unfortunately, the symptoms aren’t always obvious.

Household appliances, such as boilers, central heating systems, gas ovens and other machines that burn fuel may be possible sources of CO gas. Running a car engine in an enclosed space can also be a culprit.

Originally filed in February 2018 but published today, Apple’s patent proposes ingraining a physical gas sensor into a mobile device. In addition to CO, the sensor would be able detect ozone, nitrogen dioxide, nitrogen monoxide, sulphur dioxide, methane and volatile organic compounds. This would turn the devices into personal gas detectors that travel around with their user.

The patent shows diagrams of a “miniature gas sensing device encased in an enclosure” and uses the Apple Watch in the illustration. The addition of a new sensor also means, Apple would also need to resolve the problem of waterproofing as such a device would require an additional physical chassis opening.

Considering this only a patent application, it is difficult to say whether it ever gets built into an iPhone, iPad or Apple Watch. The Cupertino outfit files numerous patents each year, many of which never make it into a real-world products.