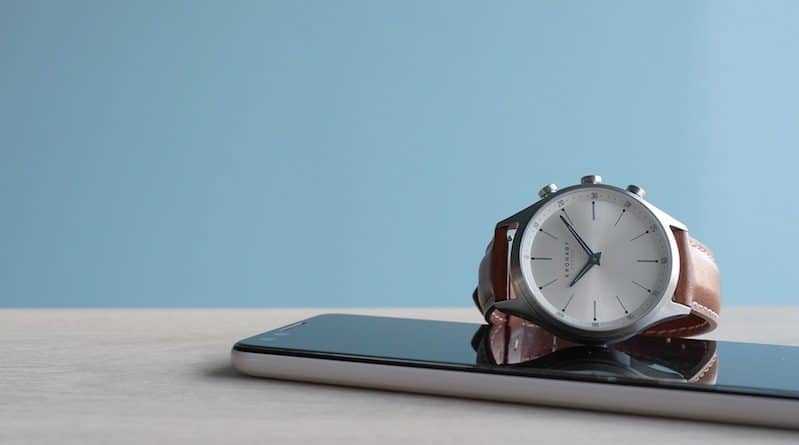 This time last month we wrote about smartwatch maker Kronaby. One of its major investors pulled support earlier this year, forcing the company to file for bankruptcy in its local country of Sweden. In another turnaround, the Malmö company has now been bought out of bankruptcy by Barcelona-based Festina Group.

This is definitely good news for users who have bought Kronaby devices. Its range currently consists of 50 men’s and 9 women’s watches across its Sekel, Apex, Nord and Carat line. The timepieces combine Scandinavian design and digital engineering together with traditional Swiss watchmaking craftsmanship.

Kronaby was founded just over three years ago by four executives from Sony Mobile. The company had plans to reach break-even by the end of 2019 and was looking for a further capital injection of a few million dollars to do so. Instead, the company’s majority owner Goertek pulled support for Anima, which sells Kronaby branded products.

Spanish company Festina Group won out over five other bidders. It now owns the right to the Kronaby brand, hardware and software.

“I’m very pleased with the result. It means those watches can keep on working and customers can be provided with the service even in the future,” Ola Sellert, Kronaby administrator told The Local.

There will be staff changes, though. The Barcelona outfit is only retaining 2 out of the 60 Kronaby employees and Pål Borge, who co-founded the business and served as chief executive, will not be retained. This also means the offices in Västra Hamnen would be shut down.

“He’s positive that the business can continue, but of course it would have been better if more employees were hired. But this is what is possible,” Sellert added.

The smartwatch maker is not completely out of the woods yet. The proceeds from the sale will not be enough to cover the left over liabilities, most of which are to Chinese electronics company Goertek. But its prospects certainly look much more rosy than a month ago.