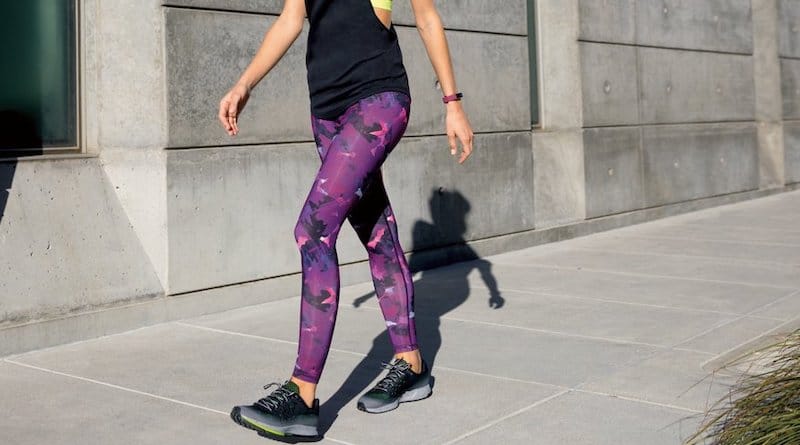 A new study published this week confirms the benefits of walking more but casts doubt on the often cited 10,000 steps target.

The research paper was published in the JAMA Internal Medicine. Scientists specifically looked at how walking 10,000 steps per day impacts longevity in a select group of women.

The sample size consisted of 16,741 women with a mean age of 72 years. Each wore a wearable step counter for a 7 day period between 2011 and 2015. The results were aggregated to assess whether walking more correlated with a decrease in mortality rates in subsequent years.

For those of us that follow this topic closely, the results were not too surprising. They confirmed that walking is good for you but that the 10,000 target is a myth.

More specifically, the study found that there was a decrease in all-cause mortality in women who walked more than 4,400 steps per day, and that the benefits seem to taper off beyond 7,500 steps. Stepping intensity was not clearly related to lower mortality rates.

The 10,000 target actually originated more than half a century ago in Japan. Pedometers became popular in the run-up to the 1964 Tokyo Olympic games. One device in particular captured the public’s imagination. It was called “manpo-kei”, which translates into 10,000 step meter. Since then, this number became the often cited goal as it’s easy to remember.

What adds credence to this latest study is the sheer number of subjects under observation. But other reports have reached similar conclusions.

For example, a 2016 study of 3,400 US adults said that most people don’t manage to hit 10,000 steps per day. In fact only 1 out of 5 of us do. But that fewer steps still bring health benefits. Unlike the Jama Internal Medine study, this paper states that the benefits – such as lower risk of chronic diseases, body mass index and blood pressure – rise if you walk at a brisk pace.

And then there are  scientists that say the 10,000 step solution may actually be doing more harm than good. This is because it doesn’t allow for differences in individual’s capabilities. If you push too hard, too soon, you might be going beyond what is healthy.

About a month ago the US Government updated its official Physical Activity Guidelines. While the document doesn’t specify a steps target, it says we are supposed to exercise at least 30 minutes per day, five days a week. The guidelines have changed in the sense that they now integrate the importance of sitting less.

The previous Physical Activity Guidelines only took into account 10+ minutes bouts of physical activity towards you daily goal. The new document disregards the duration. Any physical activity is good because it offsets the dangers of sitting for too long.

All of this goes to show you should not despair if you’re struggling to hit 10,000 steps per day. Sure, aim to move more and hit the recommended Government exercise guidelines. But listen to your body and common sense, rather than blindly chasing arbitrary targets.