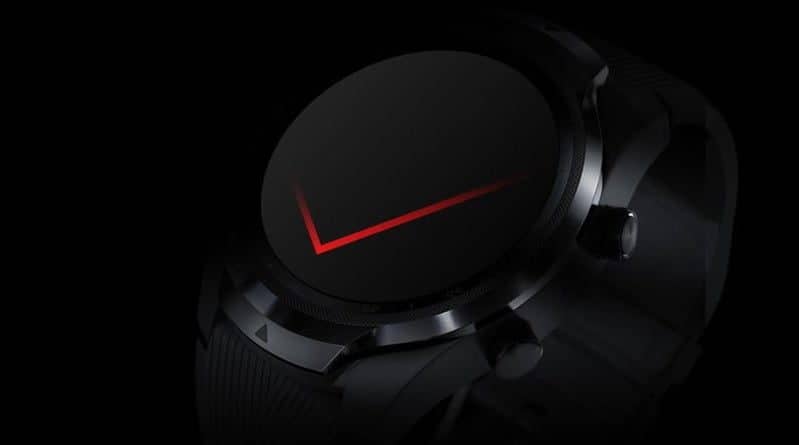 Mobvoi has accidentally posted an advertising image of the next TicWatch Pro on its website. This shows the timepiece is likely to come with 4G LTE support.

The blunder was spotted by eagle eyed folks over at Digital Trends. They reacted quickly to take a snapshot of the image (shown above). Next to the partially obscured device in the picture are the words “powered by Verizon”.

Not much, actually. The image shows a watch that is in many respects similar to the current TicWatch Pro. Both are round, have two physical buttons on the right and are fairly thick.

The current version’s main party trick is that it has a layered top which provides unique power-saving functionality. A transparent screen sits above the smartwatch’s main OLED display and switches on when you’re not interacting with the main display. This enables it to run for up to a month on a single charge (depending on which of the power saving modes you choose).

The Chinese outfit is likely to retain this type of design as power saving will be particularly important for the LTE variant. This type of functionality can eat into battery life pretty quickly.

Smartwatches with LTE are few and far between, although it is only a matter of time before they become a standard offering of even the cheapest of fitness trackers. There’s only a handful of them right now, with the Apple Watch Series 3 and 4 being perhaps the best known of the lot.

TicWatch Pro already has on-board storage for music and NFC for payments on the go. The benefit of also having LTE is that it will free users entirely from their smartphones. This is particularly useful to those that run or cycle outside often. With LTE, the device on your wrist can function independently and get and send notifications, go online, download music and more – all without a Bluetooth connection to your smartphone.

Nothing else is known about the watch but the launch date cannot be too far off considering the company is preparing the product’s landing page. Mobvoi has made similar mistakes in the past, posting images of upcoming devices on their website before quickly removing them. The current version sells for around $250 so the LTE edition is likely to top that.