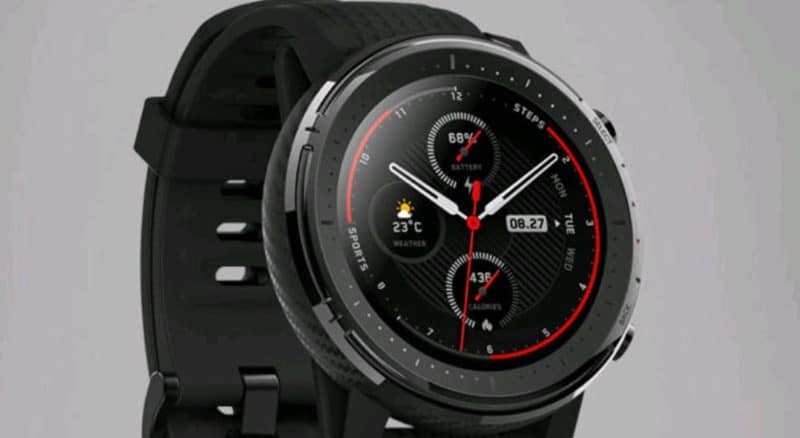 Huami is reportedly preparing to unveil two new smartwatches on August 27th. One of these is an Amazfit-branded Apple watch lookalike, the other probably Stratos 3.

The first device is a given considering the company has been using Weibo to post teasers hinting at the product. The yet-to-be named watch comes with the same square-ish but higher resolution display than the Apple Watch and 10 day battery life. You can read more about it on this link.

The other device has not been confirmed yet but there are rumours two watches will be launching on the day – one with a square display, the other with a round one. Some media outlets have been confusing the first device with the Amazfit Sports Watch 3. In our opinion, we think the Appelesque device is more likely in the Amazfit Bip lineup, or an entirely new range.

Amazfit Sports Watch 2 is actually Amazfit Stratos 2. So a third iteration of the device would point to Stratos 3. Particularly when you take into account the FCC has recently added the Amazfit Stratos 3 to its registrar. And Huami CEO has been posting hints on Weibo (including the image above).

When the US certification body approves a devices, it is usually not too long before it sees the light of day. Unfortunately, there are no useful clues in the accompanying documents as to the underlying technical specs.

We reviewed the first generation version (which is pretty much the same as Stratos 2) just over a year ago. This aesthethically-pleasing feature-packed watch offers excellent value for money. It keeps track on your activity around the clock and monitors over a dozen different sports – all with their own performance metrics. There’s water-proofing and swim-tracking, on-board storage for music and more.

Stratos 3 will be a further attempt to lure some customers away from the likes of Garmin and Polar. Going by other Amazfit devices launched so far this year, our guess is it will come with more Firstbeat performance metrics, additional health sensors (perhaps PulseOx / ECG). In addition to this, slimming down of the form-factor and improvements in display visibility under different conditions would also be nice.

This last problem may have been solved. Here’s what Huami CEO posted on Weibo the other day.

“As a professional sports watch, the Amazfit Smart Sports Watch 3 uses a reflective display like the previous one. The difference is that this time we used a 1.34″ un-notched full-circle screen, which makes it easier to view information and more beautiful when exercising. Because it is difficult to find such a large and high-quality reflective display on the market, we spent millions of dollars to customize this screen exclusive to JDI.”