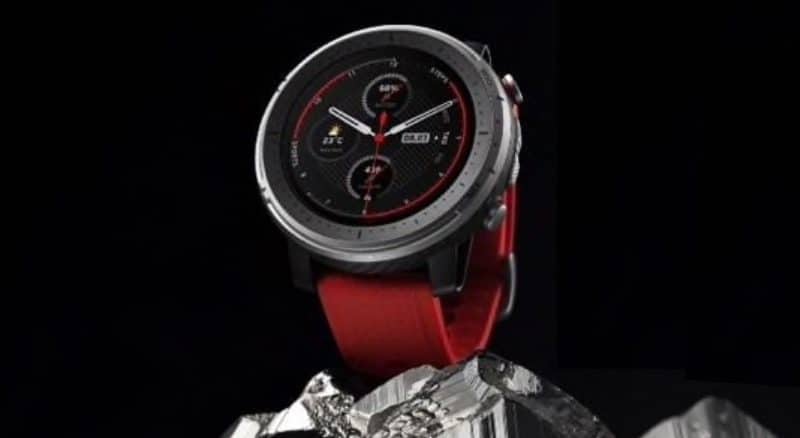 As the launch nears, we are getting more information on the upcoming Amazfit Stratos 3. It has now been revealed the sports watch will come in two variants, a Standard and a more expensive Elite edition. We also have some more details on specs.

Amazfit is preparing to launch two new smartwatches on August 27th. The first is an Apple watch lookalike which could be the much anticipated update to the Amazfit Bip 2.

The second is dubbed Amazfit Sports Watch 3. This one is an update to the Stratos. How do we know that you ask? We know because Stratos 3 has just been approved by the FCC. Also, Amazfit Sports Watch 2 is Stratos 2 so it is logical the company will continue the same naming convention.

Chinese tech giant Huami is the manufacturer of the Amazfit products. And the company’s CEO as well as its Vice President have been dropping hints left, right and centre on what to expect. We even have a couple of pics of the upcoming wearable.

From this we now know there will be two variants. In addition to the Standard, there will be an Elite version. This one will come with better craftsmanship and quality, which will be accompanied with a higher price-tag. Furthermore, the Elite Edition is equipped with high durability and water-repellent sapphire mirrors and a Tic4 titanium alloy.

Titanium seems to be all the rage these days. It is even rumoured the next Apple Watch will come with this option. The material is extremely tough but also very lightweight.

So what else do we know about Stratos 3?

Stratos is an excellent sports watch. We reviewed the first generation version (which is pretty much the same as Stratos 2) just over a year ago. This aesthethically-pleasing feature-packed device offers excellent value for money. With each passing year, Amazfit sports watches are giving the likes of Garmin, Polar and others more to worry about.

One problem the current Stratos has, though, is that screen visibility deteriorates at certain angles. That might soon be a thing of the past. Huami has invested over a million US dollars to solve this problem.

Here’s what the company’s CEO posted on Weibo the other day.

“As a professional sports watch, the Amazfit Smart Sports Watch 3 uses a reflective display like the previous one,” he says.

“The difference is that this time we used a 1.34″ un-notched full-circle screen, which makes it easier to view information and more beautiful when exercising. Because it is difficult to find such a large and high-quality reflective display on the market, we spent millions of dollars to customize this screen exclusive to JDI.”

Under the hood, the watch will come with a “double core double system” which features two sets of chips. This will enable the user to run two separate modes, Ordinary and Ultra.

It is expected that the more featured of the two will run the full Amazfit OS. This will enable users to access the entire range of activity data, possibly blood oxygen monitoring, Bluetooth music playback and other smart functions. The sacrifice is battery life – you only get 10 days between charges (which is still excellent compared to other smartwatches). The other mode only provides basic fitness monitoring but much longer battery life.

In addition to this, it has been revealed Stratos 3 will be using the company’s BioTracker PPG biological tracking optical sensor for heart rate monitoring. This is said to be extremely accurate.

The countdown to the launch-event has begun and on August 27th we’ll learn the final remaining details. As mentioned, two smartwatches will launch on that day.

As far as price, Huami’s Vice President said the Standard edition will run slightly more expensive than the current generation. But that they will aim to keep the price below 2000 Chinese Yuan (280 US dollars). The Elite edition uses titanium and other high-end materials so its price should easily break the 2000 Chinese Yuan mark.