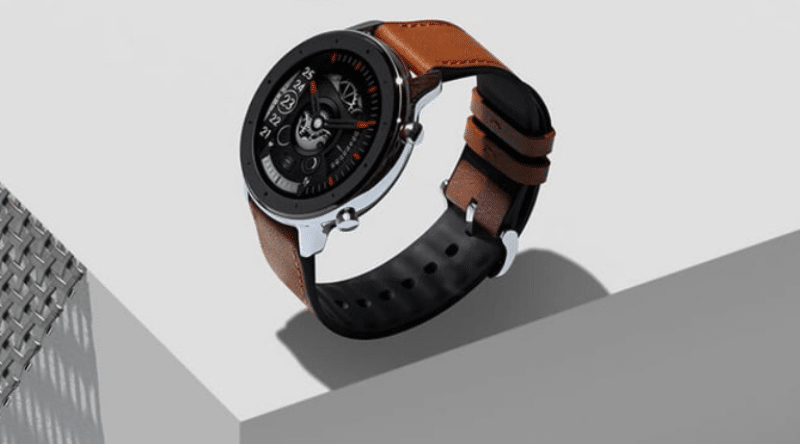 Huami has released a plethora of watches in the past few months. Amongst these are the Amazfit GTS and GTR. Both come jam-packed with sensor technology but differ very much in terms of looks. The first is an Apple watch clone, the second a smartwatch with a more traditional design.

If you’re in two minds which of these is right for you, read on to find out exactly how they differ.

Both the Amazfit GTS and GTR are mostly about styling up what Huami already has on offer. We recently published our review of GTS and are currently testing GTR. The design is perhaps the biggest difference between them.

Amazfit GTR comes in two size options, a 47mm diameter and a 42mm diameter. The first of these can be picked up in stainless steel, aluminium and titanium cases. The lightest of these is aluminium alloy although Titanium is particularly interesting due to its durability. The 42mm case size doesn’t come in as many options but Huami says it is one of the smallest and lightest smartwatches on the market.

Amazfit GTS, on the other hand, comes only in one size option. Unlike the GTR which has a round traditional design that very much resembles Garmin sports watches, GTS looks a bit like the Apple Watch. It has the same squarish form-factor although its thinner than the Cupertino outfit’s device.

Both the GTR and GTS pack a high-res AMOLED display with Corning Gorilla Glass 3 protection and 5 ATM water resistance. However, GTS has a retina grade display that is one of the best we’ve seen on any device. You can easily read it indoors, outdoors, come rain or shine.

Under the hood there’s quite a lot going on but almost nothing to separate the devices. The watches come with a BioTracker PPG, 6-Axis Accelerometer, 3 Axial Geomagnetic Sensor, Air Pressure Sensor and Ambient Light Brightness Sensor. GTR also has a Capacitive Sensor. In terms of connectivity, there’s Bluetooth 5.0 LE, GPS + GLONASS and NFC support for UnionPay payments.

The awesome battery life is one of the highlights of the latest crop of Amazfit watches. All of these run into double digit figures in terms of the number of days they can go on a single charge. Of course, the best performer on this count is the 47mm GTR as its size allows it to house the largest battery.

Here’s a table illustrating design and hardware differences between Amazfit GTS and GTR.

As mentioned we’ve already tested and written up our review of GTS and are currently testing GTR. There is hardly anything to separate the two in terms of activity tracking features.

Both will keep tabs on steps, distance, calories, heart rate and more around the clock. It’s worth pointing out – neither has an altimeter for counting floors climbed.

In terms of sports tracking, there are a total of 12 modes. This includes swimming thanks to 5 ATM water-resistance. The watch can automatically identify the stroke, record the SWOLF value, pace and more. Plus there’s GPS/GLONASS positioning which ensures the data is accurate when running or cycling.

The smart functionality is similar, as well. You get notifications, music control, weather and more. The watches run on Huami’s proprietary operating system which is simple to use and works well.

Amazfit GTS, however, goes a step further with widgets or complications. Just like on the Apple Watch you can use them to customize the watch face. The choice is quite extensive and includes battery life, steps, temperature, humidity, UV, sitting time, sport, timer, music, alarm, compass, calories, heart rate, event reminder and more.

Huami is steadily closing the gap on the more established Western brands with its Amazfit range. Both the GTS and GTR are quality products which not only look great, but also have a lot going under the hood.

Where perhaps Huami still lags is in the quality of the smartphone software. Also, if you’re after sports watch high quality stats when exercising you might be disappointed. Amazfit Stratos or a Garmin is a better choice.

Having said that, the watches dish out most things a person needs to keep tabs on their fitness around the clock. Along with this there’s some smart functionality such as notifications, music playback and more. Plus there’s awesome battery life, so much so that you’ll forget about charging.

There’s almost nothing to distinguish these two devices in terms of features offered. One thing worth mentioning is that GTS is a bit more customisable thanks to screen complications

In the end the choice pretty much comes down to design. If you are after something that looks like the Apple Watch the clear choice is GTS. For something with a more traditional design GTR will suffice.