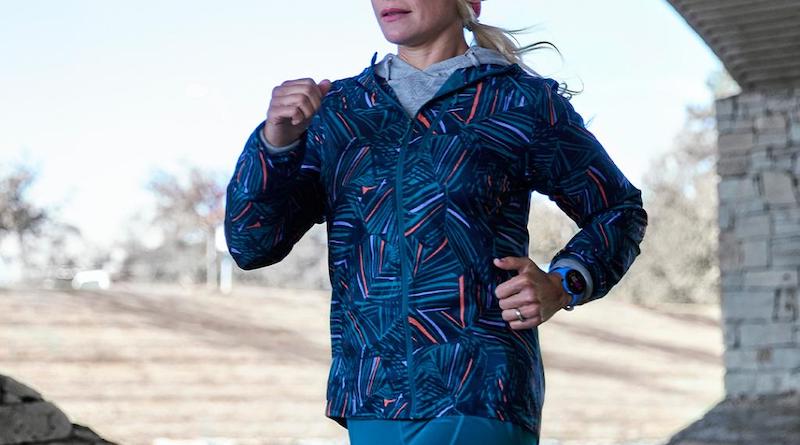 A new Gallup poll shows about one in five Americans currently use a fitness tracker. The figure rises to about a quarter if you factor in those using a smartphone health app. About 10% are actively using both.

The global analytics and advice firm published the info in its annual Health and Healthcare survey. This shows that about 45% of Americans used a digital health product at some point in their lives.

About three-quarters of the 19% that are currently wearing a fitness tracker say the wearable is either very helpful or somewhat helpful in monitoring their health and activity. Satisfaction is even higher amongst those using smartphone health and activity apps. This includes software that tracks fitness, nutrition, stress, sleep and more. About 29% say the app(s) they use is/are very helpful and a further 53% that it is somewhat helpful.

Unsurprisingly, in both cases current users are more likely to report the products as being useful than past users. The percentages that chose very or somewhat as the answer for this group are a whooping 85% for wearables and 92% for apps.

As you’d expect, higher-income households are much more likely to use digital health products. In fact, members of households pulling in more than $100,000 per year are twice as likely to use such products than those earning less than that amount. 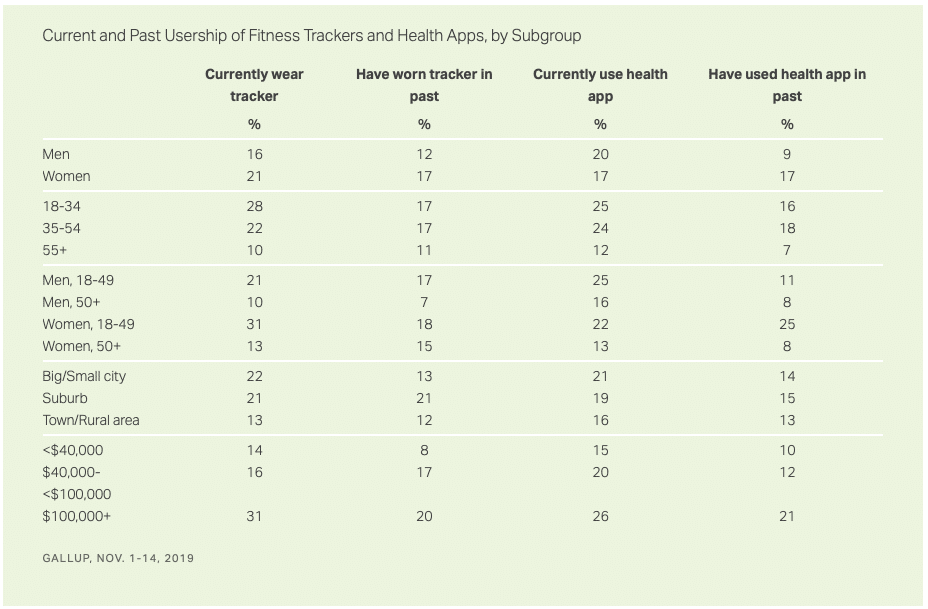 Finally, the data also shows that younger generations are more willing to adopt to new technology than older generations. Men and women younger than 55 are about twice as likely to have used these products than adults over this age. Of the four gender-age groups in the report, men older than 50 are the least likely to use a tracker or health app.

We are clearly becoming more health conscious and more of us are using digital health products. This is led by higher-income households, young adults and women. The Gallup poll shows people believe health apps, wearable trackers are helpful to achieving their health goals.

We expect these figures to keep rising in the coming years. A recent IDC report shows bright days ahead, particularly for smartwatches and ear-worn devices. Wearable shipments are expected to reach 305.2 million units this year, up 71% on last year. In 2023 shipments of wearables will total 489.1 million units, which represents a 22% increase each year.