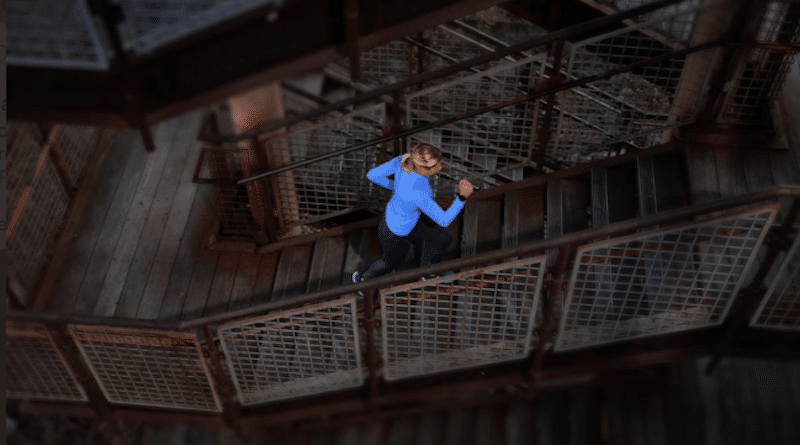 A new survey shows that one in five American adults currently use a wearable, with women more likely than men to use such devices.

The study comes from Pew Research Centre which surveyed more than 4,000 people in June of last year. The results were broken down by socioeconomic factors. Interestingly, many of these figures tally up with a report published by Gallup last month.

Currently, some 21% of American adults own and use a fitness tracker or smartwatch. Women seem to be more health conscious than man as about one in four of them belong to this group. Some 18% of men indicated they use such a device.

As you’d expect, the data shows that younger generations are more willing to adopt to new technology than older folks. About a quarter of those 18-49 own a fitness device compared to only 17% of those over 50.

Fitness and muscles decline as we age. But this doesn’t need to happen and there are lots of things we can do to stave off the effects of getting older. If any group should use fitness trackers and smartwatches it is precisely this older group. 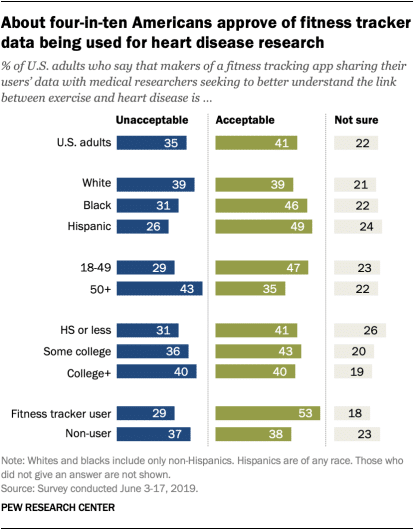 Finally, respondents were also asked to indicate whether they have were happy for wearable companies to share their fitness data with medical researchers. Around 41% of them said they were, 35% said it was unacceptable and 22% weren’t sure. Hispanic Americans under 49 were most willing to share their data. White Americans over 50s were least likely.