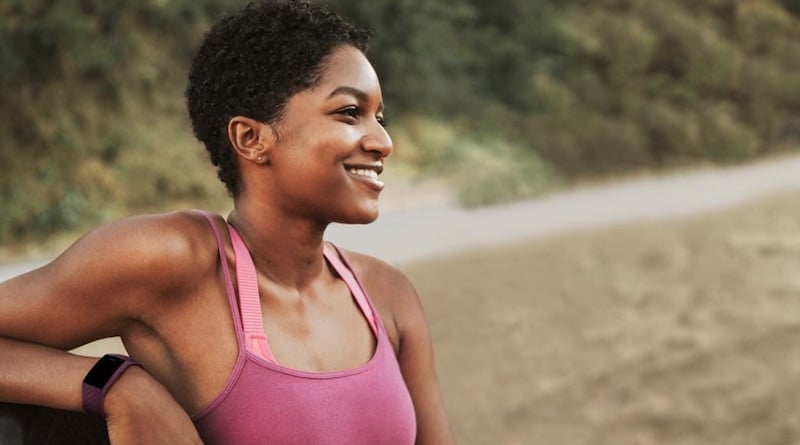 Fitbit Charge 4 is our recommended fitness band for the average user who does the occasional run or cycle outdoors. But as good as it is, there’s always room for improvement.

The fitness band was released about a month ago. It comes with some important updates over the predecessor device including an all-important one – built-in GPS. You won’t find many fitness bands with inbuilt GPS. In our review we found the tracker presents itself as a decent package that doesn’t break the bank.

The Fitbit Community forms are a very busy place. Thousands of users log-on each day to exchange views, ask for advice, report bugs and more. One section of this website is for feature suggestions. We though it would be interesting to have a browse and see what Charge 4 users would like to see.

Our personal hope was that the design would receive a revamp. Unfortunately Fitbit has opted to keep the looks from the previous generation device. To us it looks a bit bland. Lets hope generation 5 comes with a snazzy new colour display and other improvements on the design front.

In the meantime, these are the upgrades users would very much like to see on Charge 4. They could all be done via firmware upgrades so don’t be surprised if some of these see the light of day.

Here they are, in no particular order.

Ability to switch from built-in GPS to Connected GPS

The built-in GPS was a long-time coming. This is only the second Fitbit device with built-in GPS. The other one is Ionic which is now a few years old.

The GPS works pretty well. It allows you to exercise outdoors, leave your phone behind and still get detailed stats and maps of workouts. Other devices in Fitbit’s range have something called Connected GPS. This taps into the phone’s satellite signal to get a GPS connection.

The one problem with built-in GPS, however, is that it eats into battery life. Switch the functionality on and the battery life on your Charge 4 will plummet from about a week to just 5 hours. This is not an issue when using Connected GPS.

Wouldn’t be nice if you could switch between built-in GPS and Connected GPS? Charge 4 users seem to think so. Fitbit agrees and has said this feature is coming via a future software update.

This one is actually a carry-over from the Charge 3 wishlist. There’s only a handful of clock faces that can be installed on Charge devices. Perhaps not too surprising considering the screen is pretty basic.

Nonetheless, it would be nice to have more options. Plus, the current clock faces are not configurable. Fitbit has improved the choice over the past year so lets hope it continues to expand the selection.

Amongst new features on Charge 4 is the ability to operate Spotify. This is the first time we’ve seen the functionality on a Fitbit fitness band, although its smartwatches have it. It allows you to control music playing in the Spotify app on your smartphone. In essence you can like and choose songs, playlists and podcasts on your paired phone or other device which is connected to the internet.

Unfortunately, you cannot do any of this while exercising. This is perhaps because Spotify is a separate app from Fitbit. We’re not sure. The suggestion is that the Fitbit app is updated to include a Spotify control page. Let’s hope Fitbit is listening.

Screen on for longer than 5 seconds

Another one that has been sitting on the Charge 3 (and now 4) list for a while now is longer screen time. Or the option to customise the number of seconds the display stays on when it is awake. We are assuming Fitbit has opted to leave out the functionality in order to preserve battery life.

But it would be nice to have a choice. The company could always throw in a disclaimer that keeping it on for longer periods may reduce battery life. Some users have gone as far as commenting “the current default time is ridiculously short .” We imagine those with poor eyesight and many older folks would particularly see this as an issue.

Lots of votes have also been cast for the ability to rearrange the built in apps on Charge. For Fitbit to allow better control of tiles, to allow turning them ON/OFF and allow sequencing how they appear. For example, some users check the weather more often, while others never use the “Relax” mode.

It’s a bit of a surprise this is not already available considering some of the older trackers have the functionality. For example, the Alta HR has the feature to add, remove, and rearrange the stats shown.

One of the moderators on the forum has said “While we don’t currently have plans to release this feature, we always appreciate the passion and creativity that comes out of this Community.” So we wouldn’t get our hopes up for this one.

These are just some of the features Charge 4 users would like to see. You might want to check out an article we did earlier this year – it covers a wishlist for all Fitbit wearables.

The most voted for features here include integration with iOS Health, integration with Google Fit and a heart rate zones alert feature. Tthis one is already available on Charge 4. There are also lots of votes for Pregnancy setting/mode for more precise data and an option to be reminded to drink water.